They Come From a Storybook 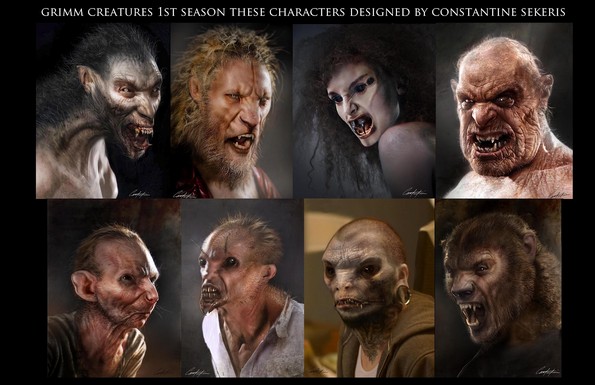 Bethany (my 25-year-old daughter with Down Syndrome) and I religiously watch the hit TV show Grimm.  Along with Captain America, Rascal Flatts, and Sleepy Hollow, Bethany loves Grimm. She is quite intense when she watches the show and can easily recite to anyone who asks (or doesn’t ask) the Grimm storyline, complete with character descriptions.

One of the problems Bethany has is that she has a hard time distinguishing between fact and fiction. As we were watching Grimm last week, Bethany asked, they are all real, right? I snickered a bit, and then told her, no, they are not real. They come from a storybook.

Later in the week, I was watching a crime procedural show and one of the characters explained how it is possible for a large number of people to testify to a certain event happening. The detective said:

People make things up and it is told over and over. Eventually it becomes common knowledge.

And then I thought to myself, just like the stories in the Bible.

I can just imagine an Evangelical preacher reading this post and doing this while screaming:

THE BIBLE IS DIFFERENT!!! In what way is the Bible different? Think on this question before trying to defend the Bible as a historically accurate, factual book. Do we have any more evidence for the Jesus of the Bible than we do the fictional creatures in Grimm? While there may have been a man named Jesus that lived and died in Palestine during the period recorded in the gospels, is there any evidence for a Jesus that was the miracle-working, divine, son of God?

Just because people say something is so doesn’t mean it is factual or true. An Evangelical preacher is simply following the path described by the detective. He is repeating a story that has been told over, and over, and over again. And as with the telephone game, the Jesus story of the 21st century is wildly different from the Jesus story of the first, second, twelfth, or fifteenth century.

Evangelicals embarrass themselves when they assert without knowledge that what they believe is exactly the same as what the early New Testament church believed. What is their evidence for this claim? Why the passed-down story of Jesus, passed down from Christian to Christian, sect to sect.

I am an avid reader of Smithsonian Magazine. Every month I learn something I didn’t know before. In the January 2015 issue, I learned from an article about Martin Luther King, Jr. that “King and his demonstrators were driven out of Selma by the police on “Bloody Sunday.” I also learned that the Watt Riots took place in 1967.

Imagine for a moment that I am telling my children about my life growing up in the 1960’s. Imagine me saying to them, I remember seeing the Watts Riots on TV in 1967. My children would accept this as a fact because they know I was born in 1957, so I was alive during the race riots of the 1960s. Perhaps, they would pass this on to their children, a story of how life was when Gramps was a kid. Think on this for a moment.

The February 2015 edition of Smithsonian came a few days ago. In the Discussion section was a correction. King was not in Selma on Bloody Sunday. He arrive two days later. The Watts Riots? They took place in 1965, not 1967.

Now ponder how the stories of the Bible came into being and why people repeat them and believe them today.