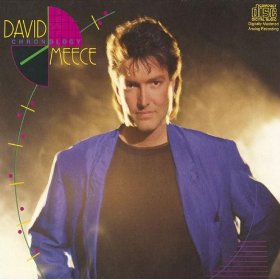 I am sure someone will object to the title of this post and say, Christian music is not a business, it is a ministry, it’s ALL ABOUT J-E-S-U-S!  It’s a ministry when the musician is willing to go anywhere for a love offering. It is a business when they have contracts, riders,  and demand a certain amount of money. For the most part, the Christian music business stopped being about Jesus a long time ago.

Years ago, I contacted the booking agent for the contemporary Christian group FFH about holding a concert at our church. I had checked their calendar and noticed that they had a few off days and would be near our church in West Unity, so I thought I would see if they were willing to come and sing at our church.

Not a chance. The booking agent told me that they had a $5,000 minimum. I was astounded by this. I thought, if I promoted the concert right we would likely take in about $2,000. Surely this would be enough money for FFH, especially since it was on a weekday. The booking agent proceeded to lecture me on the Christian music business, about how groups like FFH only have a limited window of opportunity to make their money. He then asked me how would I like to preach for just a love offering. I then got to school him about how I had spent my entire life preaching with no monetary expectation in return.

All told, I preached for 33 years. Not one time did I say to a church or to someone who wanted me to hold a meeting, I must have X amount of dollars. I never said no, and I preached more than one meeting over the years where it cost me more to drive back and forth to the meeting than I received in the love offering. This was never a problem for me, and according to some of my friends and family, I SHOULD have made money more of an issue.

I asked the booking agent for FFH to take my request to the group. He told me that he would not do this. Why? Because, he said, they would likely say Yes! If I let them, they would sing for free.

Over the years, I booked many musicians to come sing  at the church I was pastoring at the time. As a result, I learned a lot about the “business” side of Christian music. I met a lot of wonderful people who were willing to come and sing for little more than a promise. As a small church pastor, I did my best to promote the concerts and the church usually supplemented the love offering to make sure the musician (s) were given a decent offering.

In the late 1990’s, I decided to use concerts as a way to promote the church. I thought if outside people attended a concert that they might be interested in our church and start attending. While the concerts did draw large crowds, not one person ever became a part of our church as a result of attending a concert. 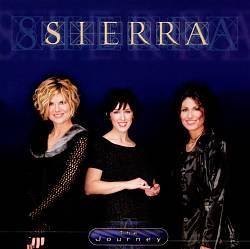 I put on a concert at Hilltop High School in West Unity, Ohio featuring the group contemporary Christian group Sierra. I decided to sell tickets for the event, advertised it heavily, and sold 400 tickets, at 8.00 a piece. Sierra charged us $4,000 plus expenses to come sing for us. All told, the church lost $2,000.00 on the concert.

Another time, I put on a Southern Gospel concert at Hilltop Middle School, featuring The Sojourners Quartet from Kentucky and a local group called The Overcomer’s. This concert was well attended by what I call the blue-hair crowd. They loved the concert so much that their love worked out to about $2.00 a head when the $400 love offering was counted. Again, the church lost a substantial amount of money. I quickly learned that elderly people were of the ‘not a bad show for a buck’ giving mindset.

I pastored Grace Baptist Church, renamed  Our Father’s House, in West Unity for seven years. In addition to the above concerts, the following Christian groups came to our church to sing:

along with a handful of local groups.

The Mast Brothers, a southern gospel group, were the easiest to work with and Annie Herring, by far, was the hardest. When Herring came to our church, it was quite evident that she was put out at having to sing at such a small venue, even though there were more than a hundred people crowded into our little storefront church. David Meece? Eclectic, strange, and he borrowed a Bible of mine and permanently highlighted and underlined verses in it. He didn’t ask me if he could do this, and had he asked me I would have said no. As a result, I had to buy a new Bible.

I pastored Somerset Baptist Church in SE Ohio for 11 years. During this time, a number of southern gospel groups came to the church and sang. One group, The Songsmen Quartet, a local group from the Lancaster area, was a church favorite, holding at least one concert a year for many years. The group broke up (and may have later started up with different people) after two of the group members got friendly with each other and committed adultery. 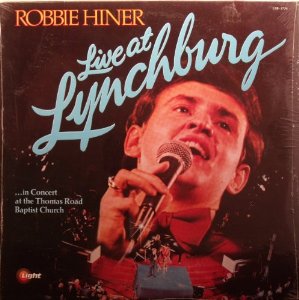 My favorite concert while at Somerset Baptist Church took place in the mid-1980’s when Robbie Hiner came to sing for us. At the time, Hiner worked for Jerry Falwell at Thomas Road Baptist Church in Lynchburg, Virginia. Hiner was a regular on Falwell’s nationwide TV program, The Old Time Gospel Hour.

Several hundred people from all over SE Ohio, came to hear Hiner sing. The building was packed. Hiner made no demands or requests, sat down at our old, beat up church piano, and just started singing. In between songs, he shared funny stories, and from start to finish, this was the best Christian concert I ever attended. After the concert, Hiner hopped into his car, I believe it was an old, high mile Mercedes, and drove on down the road.

There is a certain group of Christians I call diesel sniffers. These kind of people don’t support a local church, and they travel from church to church listening to their favorite  Christian singing groups. They throw a few dollars in the plate and walk out the door of the church blessed! They subscribe to the Singing News so they can find out when their favorite groups with be near where they live. These kind of people wouldn’t walk across the street to share their faith, but they would drive two hours to hear their favorite quartet sing.

There is a lot of fakery in the Christian music business. I suppose this inevitable due to the fact that they travel from church to church, venue to venue. They develop a routine, a shtick. Where they get into trouble is when their routine or shtick extends to their spirituality or their emotional responses. Years ago, I went with a church member to hear The McKamey’s sing.  There was one song where one of the female singers kicked off her shoes and had an emotional, supposedly spiritual, outburst. I thought, God just touched her heart. A week later, the church member and I heard The McKamey’s again at a huge gospel sing. Same song, and at the exact same point in the song, the female singer kicked off her shoes and had an emotional, supposedly spiritual, outburst. The woman wasn’t being “blessed.” Her display was rehearsed and meant to elicit an emotional response from the audience.  Reason? Stirred emotions lead to open wallets.  I saw this kind of rehearsed, fake, insincere, emotional manipulation countless times at southern gospel, contemporary Christian, and Christian rock concerts. They used the same tactics and manipulations that I did as a pastor. Sincere? Perhaps, but it is still emotional manipulation and it often results in people doing things they wouldn’t normally do, things like giving large sums of money, running the aisles. going to the altar, etc.

Over the years, I talked to several people who were Christian music industry insiders. One man traveled for a time with The Kingsmen Quartet. He told me that I would be shocked if I knew what really went on behind the scenes at southern gospel concerts; from musicians getting liquored up before taking the stage, to Christian groupies willing to bed their favorite gospel singer. These concerts are so man-centered, hey look at me, I am singing for Jesus, that it should come as no surprise that people got caught up in all kinds of illicit behavior. In other words, they were human.

Late into my time as a pastor and as a Christian, I realized that Christian concerts were entertainment. As much as the musicians tried to sell me on their music being a ministry, I realized it was just religious oriented entertainment, no different from the Darius Rucker concert Polly and I attended last year. Once I came to this conclusion, I was free to just sit back and enjoy!

Someone is  going to ask who my favorite Christian groups were/are. Here is my Top Eleven List:

and Steve Camp before he turned into a first-rate, blowhard, asshole Calvinist.

This list, BTW, is a great way to view my path through Christianity, from fundamentalism to the questions and doubts of musicians like Derrick Webb. I still listen to Christian music from time to time. I don’t believe a word of it, but I do enjoy it, a relic from my past. Polly? Won’t touch the stuff…hates it! I usually wait until she is at work to play it.