I Ran the Other Way When I Saw You 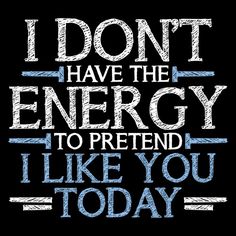 Son number four stopped over after work and he is sleeping on the couch. He is babysitting Bethany so Polly and I can go to Grand Rapids and eat pizza at a restaurant for which we have a Groupon .

Son number three dropped off his two youngest so we could babysit them for a bit. He knows that we are going out tonight and he said he would be on time to pick them up. I thought, sure you will.  Five p.m. and son number three walks through the door. He’s early. I make a mental note to put a gold star beside his name. Maybe he has finally learned to tell time.

Polly and I both scurried around getting ready for our big night on the town. As we got  ready to walk out the door I said to Polly, I am driving tonight. She said, really? I gave her THAT look and took the keys. She is likely wondering if this will be her last day on earth.

And we didn’t even fight about it.

Maybe there is hope for our marriage.

The pizza joint only had one waitress on the floor and was totally unprepared for the extra customers the Groupon would bring. It took her 20 minutes to get our drinks. The owner finally came out to help her take orders and proceeded to  service the three tables that were seated after us. The pizza was OK, nothing special, and I doubt that we will drive 40 minutes to eat it again.

Before going home we decided to stop at Meijer in Defiance. Polly needed a belt and I needed acetaminophen to replace the government- mandated acetaminophen reduction in my Vicodin prescription.

As we walked in the door, I looked down the long main aisle by the registers and I saw Bob, a former church member. I thought, Oh shit. I told Polly, hurry…there’s Bob and I don’t want him to see us.  If it  were just him, all would be well, but I knew his wife Margo  would not be far away (names changed to protect the guilty),

I met Bob and Margo almost 20 years ago when I pastored Olive Branch Christian Union Church in Fayette. When I left Olive Branch and moved five miles south to West Unity to start a church, they came along with me.

Bob is a quiet man, content to sit in the background and not say a word. Margo more than makes up for him, a constant talker regardless of whether she has anything to say.

Margo’s sister attended the church when she could. She was home-bound most of the time and couldn’t drive. Countless times we picked her up for church or took her to a doctor’s visit an hour away in Toledo. Her sister? Margo couldn’t be bothered and would demand gas money for every trip she made to her sister’s house.

Bob and Margo attended the church infrequently and never could get there on time. It was not uncommon for them to arrive at the morning service 20 minutes before it was over. I often wondered why they bothered.

When we remodeled the nursery Margo bought some Jesus Junk to hang on the wall. She wrote her name on the back of the plaque she paid a dollar for and told me she wanted it back if we ever stopped using it.  When we closed the church, with great delight, I threw the plaque away.

Somewhere in the late 1990s Bob and Margo stopped attending the church. According to Margo I committed a terrible sin by allowing the women of the church to have a rummage sale IN the church building. Bob? He never said a word and followed Margo out the door.

When I saw Bob I knew we needed to run as fast as we could. If they saw us they would – well she would –  want to talk to us. Then we would have to spend 20 minutes pretending that we were friends.

I didn’t like Margo when I was her pastor. She was a gossip, self-centered, and a narcissist. I may have had to be her pastor, but I didn’t have to be her friend. So, when I saw Bob I knew we had to practice our avoidance technique, a skill we have honed to perfection since leaving the ministry and Christianity.

We got all of our shopping done and made our way to the checkout. As I looked down the long aisle I saw that Bob was still sitting there. I thought, nothing has changed. Still waiting on her to talk her way through the store. I told Polly, we need to check out on this end. Bob is still there. She replied, are you sure it is Bob? I said, yes I am sure.  So we used the self-checkout, bagged our purchases, and started to make our way out of the store….

I looked up for a moment and there were Bob and Margo. I thought, shit. I said to Polly, there they are…hurry. I DON’T want to talk to them. We quickly made our way out the door and into the parking lot, avoiding having to play the Fake Friends Game® for the umpteenth time.

I used to feel guilty when I avoided former church members in the store, but I don’t any more. Most of them aren’t like Bob and Margo, but coming face to face with them still requires us to make polite talk without mentioning the horns that are on our head. Everyone knows that Pastor Bruce Gerencser is now an atheist. They read the letters in the paper and they have bumped into other Christians who have said, DID YOU KNOW? By now, I assume everyone knows.

So we avoid people. This is not the kind of people we are, but we hate the chit-chatting and the pretend-we-are-friends conversation. It is not that we hate them personally or dislike them. It’s just that we don’t have anything in common with them anymore. I am sure some of them have done the same thing when they see Polly and me  in the distance at one of the local stores.

How about you? How do you deal with running into people from your Christian past? Do you avoid them? Do you feel uncomfortable talking to them? Please share your thoughts in the comment section.