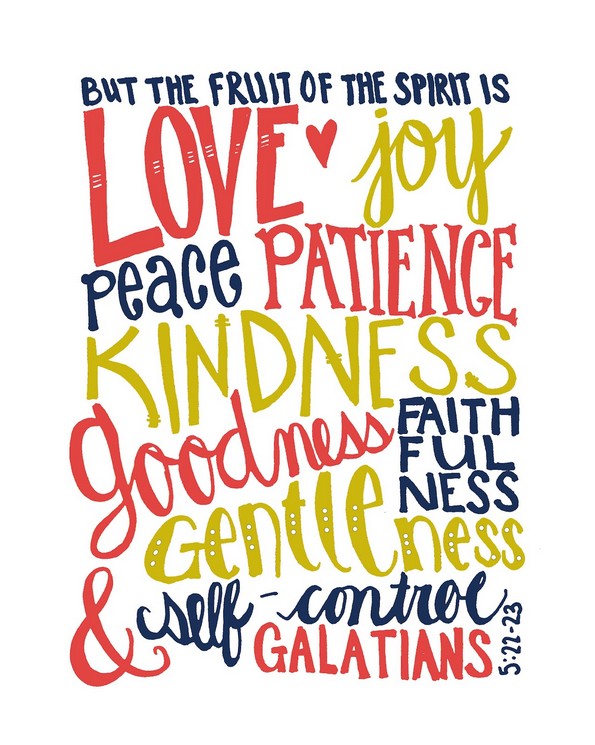 I spent the first 50 years of my life in the Christian church and I spent 25 years pastoring churches in Ohio, Texas, and Michigan. I have met thousands of Christians in my lifetime. Even now, seven years removed from the last time I attended a Christian church, I continue to meet Christians and interact with them on this blog, through email, and on Facebook. My exposure to the personal lives of hundreds of Christians allows me to draw some conclusions about Christianity. I include myself and my family in the sample set. My conclusion is this: For all their talk about being Spirit-filled, it seems that Christians are anything but.

According to the Bible, all Christians have the Holy Spirit living inside of them. The Holy Spirit is their teacher and guide. He teaches them everything that pertains to life and godliness. Why is it then that most Christians live lives contrary to the basic, foundational teachings of the New Testament? WWJD, what would Jesus do, is rarely seen among Christians. Christians are commanded to follow the Lamb (Jesus) wherever he goes. How many times have Christians heard their pastor say, we need to walk in the footsteps of Jesus, yet any casual observer can see that most Christians seem to walk wherever the hell they want. If Jesus wants to follow along that’s OK, but if not, fine, because the mall has some great sales going on. 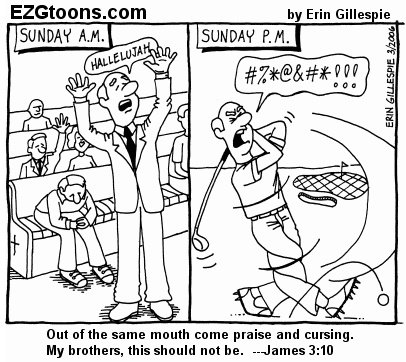 However, when we critically look at how Christians live their lives, what do we find? We find that Christians are not much different from the uncircumcised, unwashed Philistines they judge and condemn to hell.  It is chic these days for Christians to admit that they are just sinners saved by grace or that they are a work in progress. A popular bumper sticker says, Don’t judge me, God isn’t finished with me yet. However, such statements are directly contrary to what Galatians 5:22, 23 says.

The Bible is very clear…every Christian should evidence the following each and every day of his or her life:

A wonderful list of admirable character traits, to be sure. Every one of us would do well to strive to live lives that demonstrate these traits. However, we know, even on our best days, we fail miserably in demonstrating these character traits. We are, after all, human. We recognize that all of us have character flaws that can and do affect the relationships we have with others. I don’t know of any non-Christians who think they are perfect or a beacon of morality and virtue. While many non-Christians certainly evidence the fruit of the Spirit, none would be so foolish to say that they perfectly do so.

Christians aren’t given the luxury of claiming they are human. Remember, the fruit of the spirit IS. There is no place in the Christian life for anything less than perfect obedience to the Christian God. After all, Christians have EVERYTHING they need to live a life of perfection. Surely, God did not leave them lacking in any way, right?

Within Christianity we find many reactions to what I have written above:

All of these reactions, except the first one, reject the clear teaching and meaning of Galatians 5:22,23. Again, the fruit of the spirit IS! Of course, the first reaction is ludicrous. There is no such thing as a Christian who doesn’t sin. The evidence of this is everywhere we look. Here’s a dirty little secret that many Christians don’t want non-Christians to know: for all their talk about God, Jesus, and Spirit-filled living, they live just like the rest of us. While they may be experts at putting on the good Christian act, underneath the façade they are no different from Atheists, Humanists, Buddhists, Muslims, Mormons, Shintoists, Pagans, or Satanists. Try as they might, they still live lives that are an admixture of good and bad behavior.

All I am trying to do is knock Christians off their high horse and get them to see that they are not any different from the rest of us. I am trying to get them to see how offensive it is when they try to force their moral code on others when they themselves can’t even keep it. Even with God living inside of them, they “sin” just like everyone else. Christianity would be better served if Christians presented their moral code as one code among many, worth aspiring to and not as a “God says, Do this or else.” Not many atheists are going to disagree with Christians about the value of the character traits listed in Galatians 5:22,23. The world would be a far better place if we all tried to evidence these character traits (and others) in our lives.