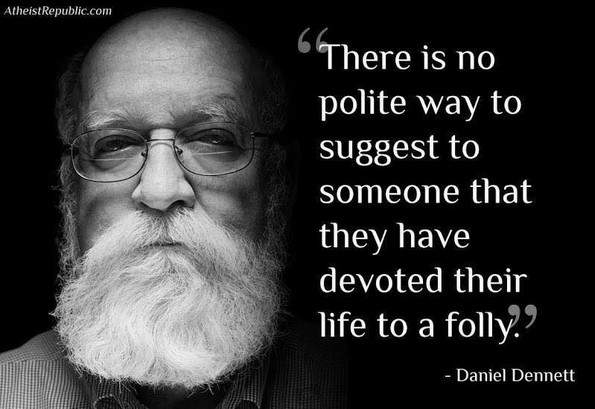 One of the hardest things for me to admit is that I, at one time, believed things that I now know to be untrue. These fallacious beliefs had a deleterious effect on not only my life, but the lives of my wife and children. While everyone concerned would agree that we have escaped the consequences of my beliefs relatively unharmed, I can’t help but think how life might have been different had I not fallen for the greatest con game of all time – Evangelical Christianity.

On one hand, if I had not been raised in the Evangelical church nor attended a Fundamentalist Baptist college, I never would have met my wife. Perhaps, in an alternate timeline I might have met a woman with the same beauty, charm, and kindness as Polly. Perhaps, I say. I remember another woman I dated before Polly. I was madly in love with her, yet, as I look back on our tumultuous relationship, I know that had we married, we likely would have killed each other. Choosing a different path doesn’t necessarily bring a better outcome. The old adage isn’t always true: the grass is always greener on the other side of the fence.

This I know for sure: I spent most of my life believing things that are not true. And not just believing these things, but putting them into practice. It’s one thing to believe the Christian God exists, but it a far different thing, based on that belief, to devotes one’s life to serving this God. And not just serving him on Sunday, the day when he demands fealty from his followers, but like a devoted slave, I served this God day and night; day after day, year after year, for almost 50 years. This God, found only within the pages of an ancient religious text, promised that he would care for me in this life, and after death he would grant me eternal life in a pain-free, glorious Heaven.

Daniel Dennett is right: There’s no polite way to suggest to someone that they have devoted their life to folly. Indeed, a life of folly. While I can, if given sufficient libations, cry over the spilt milk of my life, I choose to use my past life as a soldier for Jesus as a cautionary warning to all who dare to follow in my steps. I stand on the road of life waving my arms, hoping to turn sincere followers of this God away from the bridge-less chasm that awaits on the road ahead. Take another path, I passionately warn. Sadly, most of this God’s slaves will ignore my warnings, thinking that I am the one who is deceived and in need of saving.

There are others similar to myself, who, due to their blind devotion to religious belief, have squandered the best years of their lives. How can we not regret giving the years when we were strong, healthy, and full of life, to a mythical deity? And worse yet, how can we not regret giving our time, talent, and money to the human-built religious machine that drives over all who dare to get in its way?

Like other survivors of the Evangelical con, I have made an uneasy peace with my past. I have many regrets over how I spent most of my adult life. I know there’s nothing I can do about the past. I choose to learn from it, use it to fuel my writing, in the hope that I can, in some small way, play a part in bringing Evangelicalism to an ignominious end. While I will not live long enough to see its demise, I hope that one day one of my descendants will be the person who holds a pillow over the Evangelical God’s face and finally smothers him to death.

What follows is Bruce’s Top Ten List of Crazy Beliefs. Most former Evangelicals will certainly find this list to be quite similar to theirs. I’ve ranked these beliefs based on how they materially affected me and my family.

My Evangelical journey began and ended with the Bible. My devotion to God was fueled by the belief that the Bible was a God-inspired text. This text was inerrant and infallible, and the God who wrote it meant for me to obey its commands and teachings.  Not only did this God expect me to obey, he also commanded me to teach others to do the same. And so I did. Thousands of people sat under the sound of my voice, hearing me declare that loving, serving, and worshiping the Evangelical God was the way to peace, blessing, the forgiveness of sins, and life everlasting.

Everything in my life flowed from my commitment to the inspiration and inerrancy of the Bible. As Baptists are fond of saying: God said it, I believe it, and that settles it for me!  My journey out of Evangelicalism was complete when I came to realize that what I once believed about the Bible was not true; that my worldview was built on a delusional foundation. Once the Bible lost its magical power over me, other beliefs, like the ones mentioned above, quickly unraveled. When my mind was unfettered from the Evangelical delusion, I was then free to seek truth wherever it may be found. No longer was I boxed in by a set of beliefs that forced me to embrace irrationality. (Please see The Danger of Being in a Box and Why It Makes Sense When you Are in It and What I Found When I Left the Box) And like most ex-Evangelicals, I am grateful that reason, knowledge, and understanding have set me free.