Does the Christian God Really Care About Me? 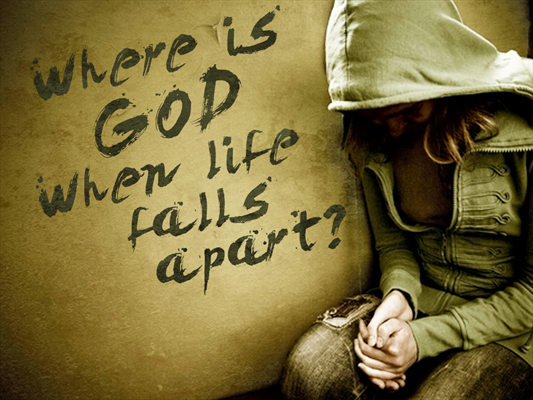 One of the reasons given by atheists/agnostics for leaving Christianity is the belief that the Christian God doesn’t give a shit about those who devote their lives to following Jesus Christ. No matter how much time is expended in worship and service, God never says, thanks, good job, or I have your back. Why should he? According to Evangelical theology, Jesus, the sinless son of God, came to earth to atone for humankind’s sin. He suffered horrific brutality at the hands of the Romans. He was then, like a common thief, nailed to the cross. According to the Bible, Jesus was beaten to such a degree that it was hard to tell that he was a man. After hours of suffering, Jesus died. All of this was on behalf of sinners (or the elect, if you are a Calvinist).  Knowing all that Jesus suffered, Christians should be satisfied with knowing their sins are forgiven and a home in Heaven awaits them when they die. The least the Christian can do is, in slave-like manner, devote themselves, without bitching and complaining, to the Kingdom of God on Earth. In other words, shut up, stop complaining, and be thankful for what Jesus has given you. Just remember, God owes you nothing.

Recently, Dieudonne Tamfu wrote a post titled Suffering is Our Story for The Desiring God website. In the opening paragraphs, Tamfu writes:

Suffering tends to produce loneliness. We feel lonely, isolated, sealed off, and detached from others. It is common for us to believe that no one understands our pain.

We can be deceived into thinking that God is distant and uncaring. While I do not wish to invalidate these emotions, I do want to extinguish the lie that the sufferer is ever alone. We are never alone in suffering because in it we join other saints in the pattern of righteous suffering that has been going on from the inception of salvation history.

Are you or other believers around you facing rejection for your faith? Do you feel lonely in your suffering? Does it seem that God is distant and has detached himself from your pain? Do you feel disappointment, bewilderment, or dismay? Are you sitting in darkness, searching for answers and grasping for hope?

Tamfu readily admits that there are times when God seems distant. There are those times when God seems uncaring, content to leave the Christian sitting alone in the dark, weeping. The good news, according to Tamfu, is that there are other Christians facing similar circumstances. Yea! You aren’t the only follower of Jesus who is writhing in pain as cancer robs you of your life!  Are you suffering? Are you alone? Do you feel abandoned? Do you feel like an orphan without a coat, left in a back alley to die on a cold winter’s night? Good news! There are millions of Christians going through similar circumstances. God has abandoned them just as he has abandoned you.

When Christians go through dark trials and adversity, those who are not currently being ignored by God are called on to cheer up those who find themselves under the boot heel of God. They are encouraged to take matters to the Lord in prayer. Seek and trust the Lord, Evangelical preachers tell the downtrodden. What is that God is trying to accomplish in your life? Remember, no matter what happens, God means it for your good. He promises to never, ever leave or forsake us.

Those under physical, emotional, or economic assault are urged to submit to the “loving” hand of God. Perhaps God is teaching you a lesson, Evangelical preachers tell the afflicted. Or maybe he is testing you or punishing you for disobedience. Regardless, God only wants what is best for Christians. His goal is to make them more like Jesus and to prepare them for the peace and bliss that awaits on the other side of the grace. If God made life easy for Christians, preachers say, we would never appreciate Heaven and all that Jesus did for us on the cross.

Yet, despite all the flowery platitudes and blame-shifting, some Christians come to the conclusion that the reason God seems so distant is because he doesn’t exist. When help came in times of suffering, it was always their fellow humans who helped them. When prayers went unanswered, phone calls were always picked up. When bank accounts were empty and the cupboards were bare, it was family and friends who lent a helping hand. As these former Christians survey their lives, they conclude that wherever God might be, he is not on earth. At best, he is a deadbeat father who cares not for those who love and adore him. At worst, he is a cruel hoax, little more than a promise that is never fulfilled.

The reasons I left the Christian faith are many, but one of them is that I came to the conclusion that God is not intimately involved in the lives of those who devotedly serve and worship him, despite his promises. Over the course of 50 years in the Christian church, I had many so-called God experiences. After I deconverted, I went back through my life and gave a reckoning  of the times I thought God was blessing me, answering my prayer, or meeting my needs. A careful accounting of these events led me to conclude that the only God (s) in my life had a flesh and blood body. Human instrumentation, and not the mighty wonder-working power of God, was the reason my prayers were answered and my needs were met.

While there were certainly a handful of unexplained — dare I say miraculous — events, these moments in time were not enough to lead me to the conclusion that God is who and what Christians claim he is. While coming to this judgment is certainly not sufficient evidence to deny the existence of God, it is enough for me to conclude that the notion of a loving, caring, hands-on God who is intimately and minutely involved in the lives of those who worship Jesus is a myth.

I am unwilling to swear allegiance to a God who cares no more for me than does my cat. My cat demands constant attention, no matter what may be going on in my life. Yet, if I found myself crying out for help, I know for certain that my cat would waddle up to my leg, rub up against it, and with a voice I have heard countless times before, would say, feed me. This is how I view the Christian God.