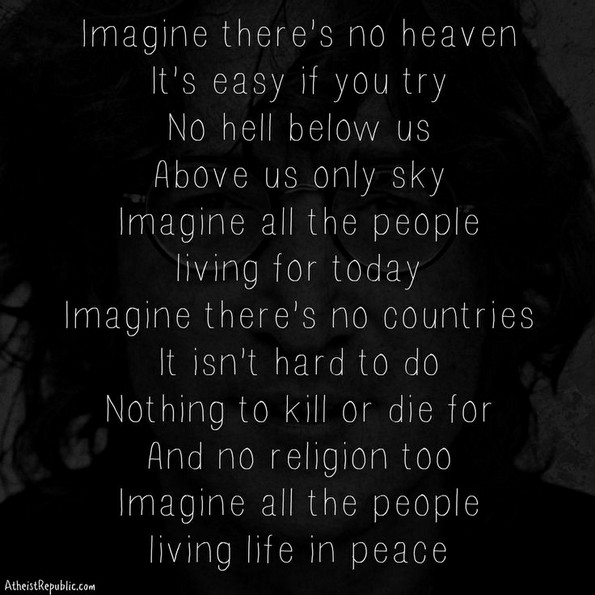 Many Christians — especially those of a liberal/progressive bent — now believe that non-Christians will be annihilated after death. Queasy over the notion of their “Loving” God eternally torturing unbelievers in hell, these Christians say that God will instead obliterate non-Christians, wiping them from the pages of human existence. Some Protestant Christians think unbelievers will be tortured for a certain amount of time, and then, having satisfied God’s torture-lust, will be burned up and remembered no more.

While it is certainly possible to selectively read and interpret the Bible and conclude that God will annihilate non-Christians, the historic Christian position remains God torturing conscious people for eternity. In recent years, thanks to authors such as Greg Boyd, Clark Pinnock, and John Stott, Evangelicals have become more sympathetic towards annihilationism. The question I want to raise in this post is WHY they have become more sympathetic to this view.

What causes staunch, Bible-believing Evangelicals to abandon the doctrine of endless punishment? Have they changed their view as a result of diligently studying the Bible? While I am sure that some Evangelicals have abandoned this doctrine for intellectual reasons, the real reason is more emotional in nature. By carefully examining increasing Evangelical support for same-sex marriage, I think we can understand why many Evangelicals no longer think non-believers will be eternally tortured in hell (actually the Lake of Fire). Younger Evangelicals — having watched their parents and grandparents turn Evangelicalism into one of the most hated American religions — want to put a kinder, gentler face on Christianity. Many of them — deeply affected by postmodern thinking — have moved leftward, away from the culture war and the endless battles over doctrine. No longer wanting to be viewed in a negative light, younger Evangelicals strive to be accepted by the world. More accepting of evolution and science, tolerant, temperate Evangelicals genuinely want to be liked by others — bristling when lumped in with culture warriors and Fundamentalists.

These worldly Evangelicals know and associate with people older Evangelicals have, in times past, consigned to the flames of hell. It is hard for them to look at Lesbian Angela, Gay Harper, and Atheist Laura and think these friends of theirs will be endlessly tortured by God. As in the case of gays and same-sex marriage, once people actually meet and know people who are happy unbelievers, their viewpoint often changes as well. Their parents and grandparents — fearing contamination by the “world” — walled themselves off from the influences of non-Christians. Younger Evangelicals — often educated at secular colleges — are more comfortable among non-Christians. Once exposed to the “world,” it is unlikely they will return to the Fundamentalism of their Evangelical forefathers.

As atheists, should we be appreciative that some Evangelicals think God will annihilate us some day, and not endlessly torture us? Ponder for a moment the fact that many annhilationists think God will — for a time — torture unbelievers before turning them into ash heaps. How is this really any better than eternal hellfire and damnation? The fact remains that the Christian God will reward or punish people based on beliefs. Believe the right things and a home in heaven awaits. Believe the wrong things and God will erase your name from the book of the living. I get it…many Evangelicals are tired of being viewed as mean and hateful, and Liberal and Progressive Christians are weary of being lumped together with Fundamentalists. However, the fact remains that annihilation is a form of punishment reserved for those who are members of the wrong religious club. This means that good people will be burnt to a crisp for no other reason than that their God was some other deity but Jesus. Forgive me if I don’t find such beliefs “comforting.”

Here’s the good news. Many Christians, having tried on annihilationism for a time, eventually realize that it is just endless punishment-lite. Once annihilationism is abandoned, universalism awaits. All paths now lead to eternal bliss, so there is no need to evangelize or argue doctrine. Imagine a world without theocratic demands of fealty, arguments over theology, or threats of God’s judgment. Why, such a world would be heaven on earth — a heaven where even atheists are welcome.