The Day a Yard Sale Cost the Church a Member 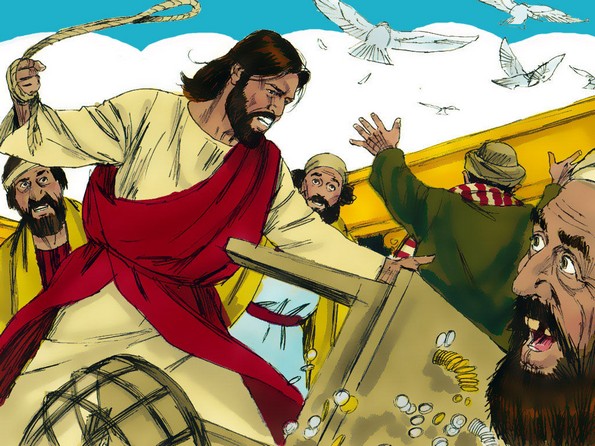 In the fall of 1995, I started a new church in West Unity, Ohio named Grace Baptist Church. Several years later, the name of the church changed to Our Father’s House. Prior to starting this church, I pastored Olive Branch Christian Union Church — located five miles north of West Unity. Several families from Olive Branch joined with us in our new church endeavor. This post is about one of the families who made the move to the new church.

John and Betty (not their real names) lived in Michigan, just north of the Ohio line. Betty was quite talkative, the type of person who, if you saw her at the grocery, you headed in the opposite direction. While I certainly enjoy talking myself, Betty rarely let anyone get in a word edgewise. I am sure she meant well, but 15 minutes of having to listen to Betty was as tiring as a strenuous workout at the gym. I listened, she talked. And when she was done telling all and more than everything she knew, she would walk away, looking for someone else to regale with her stories and world observations. I was always glad when she sought out others to talk to.

John was the very different from his wife. Quiet and reserved, John was content to let his Betty do all the talking and decision-making. There was never a question about who wore the pants in the family. Even when John was specifically asked about his opinion, he would slightly tilt his head to the side and defer to his wife. I don’t remember a time when John made a decision without checking with Betty first. I suspect it was just his personality. John liked to please others and detested conflict. He was in his 40s before he married Betty. Prior to that he lived with his parents.

Survey my children and you will learn that one of the Bruce Gerencser laws drilled into their heads had to do with being on time. I thought then, and still do today, that it is important to be punctual. If I say I am going to be somewhere at 5:00 PM, people can expect me to be there on time. And on time means at least 30 minutes early. Yes, I am one of THOSE guys. One of my sons recently asked me why I was so insistent about punctuality and being early if at all possible. I laughed and told him that there were two reasons why I always arrived early at scheduled events. First, when the kids were young we drove junk cars with tires that had very little tread. These tire were more prone to flats, so I always left early so I would have enough time to change a tire and still make it to wherever I was headed without being late. I also hated walking into a place late. Despite the fact I spent most of my adult life preaching and teaching, I was quite self-conscious, and walking into a place late often made me feel like everyone was staring at me. And arriving late for a church service was even worse. Baptists are notorious for sitting at the back of the church. The front pews are rarely filled, and those arriving late often have to sit toward the front of the church. If we were late, that meant we — all eight of us — would have to traipse to the front of the church to find seats. I was quite embarrassed when this happened, and on a few occasions I turned around and went home rather than do what I — in my mind — thought of as a perp walk. Silly, I know, but to this day I go out of my way to be early. I am too old to change.

Now I have told you this so you can better understand the next part of the story. John and Betty were notorious for being late. Sunday morning service began at 11:00 AM and it was not uncommon for John and Betty to be 30 minutes to an hour late. They lived a half hour from the church, so this meant on most Sundays that hadn’t even left home before the service started. One week, they were so late that they arrived as we were getting ready for the benediction. Being late never seemed to bother them, but it sure as heaven bothered me. More than once I stopped preaching, hoping that my impatient pause would let them know that I was not happy with their tardiness. I think they likely thought I was just being polite, allowing them time to get settled before I preached the last ten minutes of my sermon.

One week the church decided to hold a yard sale at its building. The women of the church put tables outside of the building stacked with clothing and knickknacks they hoped to sell. They also put items for sale inside the church. The proceeds of the sale would go towards some sort of church project. One morning after the first day of the sale the phone rang at the church. It was Betty and she was quite upset with me for allowing the women to have a sale in God’s house. Quoting Jesus cleansing the Temple of money changers, Betty couldn’t believe that I would ever permit such a thing. She then informed me that she and her husband would no longer be attending the church. I made no effort to talk her out of leaving the church. Quite frankly, their entire contribution to the church was disrupting the services every time they were late. As far as I know, they never financially contributed to the church, even though both of them had full-time jobs at a nearby factory. They never volunteered to help clean the church, visit shut-ins, man the clothing room/food pantry, or any of the other opportunities they had to help others. Betty couldn’t even be bothered to help her invalid sister. Well, she would help IF her sister would pay Betty for the privilege. Of all the things Betty did, this infuriated me the most. I thought, this is your sister, and you won’t help her unless she gives you money? How Christian is that? The church, of course, stepped in and helped Betty’s sister, often taking her to doctor’s appointments in Toledo — 50 miles away. Needless to say, when Betty said they were leaving the church, I thought, good riddance!

One time, Betty made a deep financial sacrifice and bought — at Goodwill — a $2 wall plaque of Jesus for the church nursery. Several years after John and Betty left the church, I resigned and the congregation decided to disband. As we were gathering up things to donate to Goodwill and other churches, I came upon Betty’s plaque. As I turned Jesus over,  I noticed that Betty had written her name and the words PLEASE RETURN on the back of the plaque. I snickered as I read it, and then, with great pleasure, I tossed the plaque in the trash. For the first time, I had the final word.