How Preachers Put the Fear of God into Church Attendees 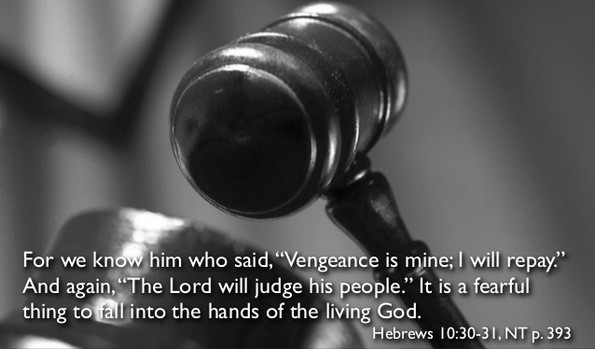 Fear is a tool used by Evangelical preachers to manipulate and control church attendees. While many Evangelical churches are taking more of a relational approach that focuses on feel-good how-to sermons, hellfire-and-brimstone churches can still be found in virtually every community. These kind of churches are known for sin-hating, devil-chasing “hard” preaching. The men who pastor such churches take pride in the fact that their toe-stomping sermons cause sinners and saints alike to fear God. And in some instances, not only do church attendees fear the Almighty, they also fear the preacher.

There are two ways commonly used by preachers to cause people to feel afraid of God. First, there are the various Bible verses that promote a healthy fear of God. The book of Hebrews says that it is a fearful thing to fall into the hands of the living God. In the book of Ecclesiastes, Solomon said that the whole duty of man is to fear God and keep his commandments. The Bible also says that people should fear he who has the keys of life and death, “he” being, of course, God. Then there are also various Bible stories that remind people of what might happen if they disobey God. Preachers remind church attendees that disobeying God shows that they have a lack of fear. Church members who are not regular attendees or faithful tithers are told that their disobedience reveals a heart that does not fear God. No matter the sin, according to Evangelical preachers, the root cause is a lack of fear of God. If people feared God they would do all that God commands them to do. Of course, far too many Evangelical preachers confuse their personal convictions and way of life with the laws, commands, and precepts found in the Bible. I have written several posts in the past about the long list of rules and regulations that can be found in many Independent Fundamentalist Baptist (IFB) churches. (Please see An Independent Baptist Hate List and The Official Independent Baptist Rulebook) These rules and regulations are little more than personal interpretations of various Bible verses. There are no verses in the Bible that prohibit many of the things that Evangelical preachers preach against, but this does not keep them from conflating personal beliefs with the teachings of the Bible. While many Evangelical churches have softened their stance on many social issues, plenty of churches still preach against “sins” such as alcohol drinking, drug use, gambling, mixed bathing, movie attendance, swearing, immodest clothing, long hair on men, pants on women, rock ‘n roll music,dancing, petting, and premarital sex. Preachers scour their Bibles looking for verses and stories that can be used to prop up their peculiar social and moral codes. Again, the main purpose is to put the fear of God into people so they will not do the things that preachers and churches consider sin.

The second method that Evangelical preachers use to promote the fear of God is the telling of personal stories that are meant to remind people of what happens when people ignore God and live in ways that show a lack of fear. Remember, people show that they rightly fear God by obeying God and the teachings of the Bible. People who attend church, yet ignore God’s commands, are treading on thin ice, and if they do not repent, God could bring judgment down upon their heads. Preachers often tell stories about former church members who ignored their preaching and stern admonitions, only to find themselves being punished or even killed by God. Years ago I listened to a preaching tape by Southern Baptist evangelist Rolfe Barnard. His sermon was titled, God kills people. Will he have to kill you? The purpose of Barnard’s sermon was to provoke church members to explicitly obey the commands of God. Threatening people with death was certainly a good way to get their attention. Of course, despite all the fear-mongering, most church members remained passive attendees who threw a few bucks in the offering plate and said, Great Show.

Evangelists were often the best storytellers. These merchandisers of fear and judgment use unverifiable stories about people in other churches who did not fear God. With thundering voices and apocalyptic pronouncements, these men of God tell stories about people who angered God, and He made them sick, took away their jobs, killed their children, or suffered any of a number of other reversals of fortune people face in this life. Instead of seeing such things as shit happens, evangelists see these things as signs of God chastising his children.

I vividly remember a revival meeting with Don Hardman in the late 1980s when the evangelist left the pulpit and came down to where the church teenagers were sitting. With a raised voice Hardman pointed his finger at each teenager, telling them that GOD sees everything they do. He then recited a list of the typical “sins” committed by rambunctious, hormone-raging young people. By the time he was done, I could see that the teenagers were fearful. I thought, at the time, that God was using Hardman to ferret out sin and rebellion against God. I now know that the church teenagers did not fear God as much as they feared Don Hardman. Or perhaps they feared being found out. Either way, come invitation time, numerous teenagers came to the altar to pray. I suspect very little changed for these teenagers, but by coming to the altar to pray, they showed, outwardly at least, that they had received God’s and evangelist Hardman’s message.

Many Evangelical preachers save their best fear-mongering stories for unsaved church attendees. These kind of stories are used to show unsaved people what could happen to them if they put off getting saved. Every Evangelical preacher knows of people who had heard the gospel and had an opportunity to be saved, yet they put off their decision to another day. And before they could be saved some sort of tragic accident happened that led to their death. Once dead, the sinners no longer had an opportunity to make things right with God. They should have feared God and taken him up on his offer of eternal salvation. But because they didn’t, they are now burning in hell.

I wish I could say that I did not use such manipulative stories and means to get people saved, but I did. I justified it, at the time, by reminding myself that the Apostle Paul became all things to all men so that by all means he could save some. What is the harm of a psychologically manipulative story if the end result is sinners saved from the fiery pit of hell. I employed all sorts of justifications for my use of heart-wrenching, tear-inducing stories of human tragedy, suffering, and death. Believing that I somehow had to get people’s attention, I used these stories to force people to see the brevity of life and the importance of putting their faith in Jesus Christ. Over the years, hundreds and hundreds of people came forward at invitation time, knelt at the altar, and asked Jesus to save them. Nearby, at the same altar, would be church members — people who were saved — who were also doing business with God — confessing secret and not-so-secret sins.

Putting the fear of God into people is good for business. Without it, I suspect many people would not bother to attend church.  Without fear and threats of judgment, most people would choose to sleep in on Sundays and enjoy a leisurely brunch before they turn on the game. I know I would. One of the greatest joys that came with becoming an atheist is that I no longer fear God. Since God doesn’t exist, I no longer have a need to quake in my boots at the very mention of his name. Of course, Evangelicals are fond of reminding me that there is coming a day when Bruce Gerencser WILL fear God, but I am confident that when that day comes, the fear-inducing God will be found nowhere. This God is little more than a tool used by preachers and churches to keep people in the pews and money in the offering plates. Remove fear from the equation and I suspect there will be a lot more Baptists at the lake on Sunday morning.

Did you attend a church where the preacher regularly made use of fear inducing sermon illustrations? Was his fear mongering successful? Please share your thoughts in the comment section.