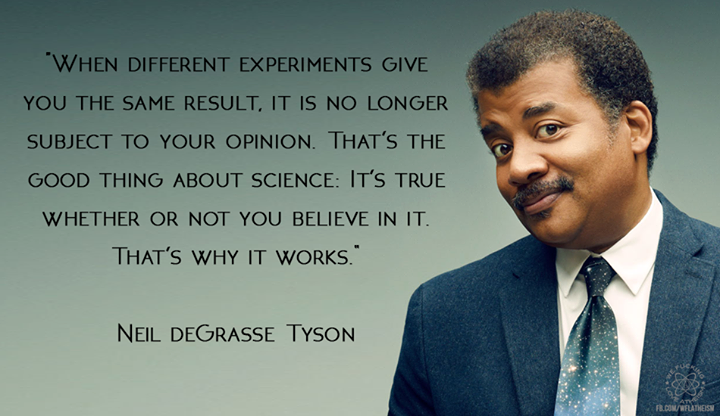 The church has a problem. It has been invaded by those who take the words and methods of the unbelieving world who use those deceived ideas to alter God’s word and teach what God has not taught. They also misrepresent God casting a different picture about him, one that God does not paint of himself.

There is an old saying, ‘when confronted with printing the truth or the legend, you print the legend.’ That is what secular science does. It prints the legend, the best explanation, not the truth. As Dr. Del Ratzsch recorded in his book, The Battle of Beginnings, and many other authors have done so as well, secular science does not want God as a part of their work and when you remove the truth from guiding you then you have no hope of coming upon the truth.

Yes they do get bits and pieces of truth but every con man knows that if your con is void of any truth it will not hold up. Some truth has to be included in order for the lie to sound convincing and work.
….
Observation: Many in the secular scientific field place a high regard on this very inferior tool as they think observation is a key to understanding any given situation. Unfortunately for them observation can only lead to a multiple reasons for any action observed and the multiple choice they are left with only includes the truth as one possibility.
….
Observation alone cannot ferret out the truth and it needs the help of other sources providing the correct information to get to the truth. Observation merely puts a person on the path to getting to the truth and if the observer makes an error or decides to go after false information then their work is worthless as any claims made from faulty conclusions could hurt innocent lives, just like interpretation does.

Prediction: This is pseudo-science dressed up to be factual science. There is no other term for this as predictions come from fortune telling not scientific, rational thought. There is no objective authority that states we are to use prediction in any of our investigations. In fact, in criminal investigations predictions are frowned upon and consider unjust and unfair.

Why secular science has adopted this as a lynch pin in its work can only be answered by the fact that secular science is evil influenced and led not God led or influenced. The fact that secular scientists only proclaim the predictions that work shows how dishonest they are. The many unfulfilled predictions that so many scientists encounter are ignored as the secular scientist tries to present an ideal picture of their field of research even though those failed predictions would disqualify the secular scientist from achieving any credibility and demonstrate that their theory does not work and is not true.
….
You will notice that the Bible does not teach the use of predictions but does state to thoroughly investigate a matter. Predictions are not part of a thorough investigation but a lazy, cheating way to avoid the truth and get one’s pet theory a hearing. These also allow for injustice to take place as well as teach people to accept lies over God’s truth.
….
Secular Scientists: The believer needs to remember one very important fact about secular scientists. They have not been redeemed by Jesus, they have not been made a new creature nor has the old man been removed from their lives.

These people are deceived, blind and under the influence of evil thus their ideas, theories, conclusions, etc., will not be the truth. Though they may contain elements of the truth, this is merely a trap to deceive believers into leaving the truth for the lies of evil.

No amount of education, no amount of experience, no amount of conducted experiments will overcome this fact. The secular scientist remains in sin, a prisoner of evil and blind to the truth. At no time does the Bible teach that we are to follow the unbelieving world and at no time are we taught anywhere in scriptures that we are to adopt or adapt their theories, ideas or conclusions.

The choice is you either believe God or you believe secular scientists (evil) There is no middle ground.
….
The believer is NOT anti-science, they are against the lies told by secular science and scientists. A guideline to this is if science disagrees with the Bible then it is not the Bible that is in error.
….
Science, any variety, does not know more than God or the Bible.

— David Tee, TheologyAcheology: A Site For the Glory of God