The Gift of Prophecy: Bruce Almighty Has a Prophetic Dream 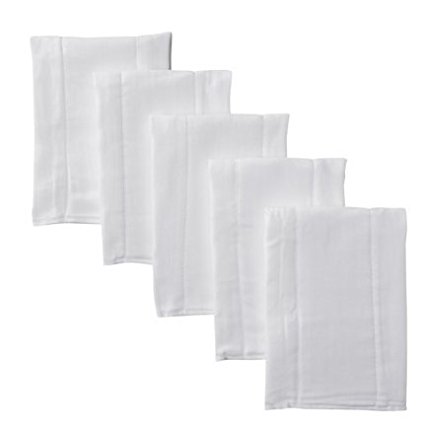 I am a regular reader of the Charisma News website. I read this site, not because I want to, but because it is required reading for the writing I do for this blog. Every day, I skim through or read hundreds of blog posts and news articles posted to Evangelical websites. If I find something that I think might provide fodder for a future blog post, I forward a link to the article to my email inbox. I could, if I wanted to, focus solely on Charisma News. The amount of Jesus/right-wing bullshit they generate each day is astounding.

Charisma loves to feature the so-called prophetic utterances of Charismatic pastors, prophets, and evangelists. In a June 29, 2017 article, Charisma featured a prophecy by John Mark Pool, a man who believes he has been called to “Teaching, Training and Activating the Body of Christ in the Apostolic/Prophetic Five-fold Ministries for the release of the Saints to do the work of the ministry.”  Here’s what Poole, under the influence of the Holy G-h-o-s-t, had to say:

Our nation of America is being shaken! When the enemy’s hand is revealed, the righteous right hand of God will demonstrate His lifting up a standard against evil for His bride. This is dealt with in very visible ways such as recent special elections won for the conservative platform, chaos in Europe and fake news finding nothing in their continual witch hunts in plans to destroy God’s choice for our current president, Donald Trump. What will remain is a shaking that multiplies our country with God’s fruitfulness. Remember, the enemy is now in exposure for God’s closure!

Our nation was birthed to be one nation under God where, in our new land, we could be free to worship God in His kingdom without tyrannical oppression of an earthly king. The enemy has tried everything to take us under a false kingdom of darkness, to overpower us and take our nation out of its destiny. Yet, it has only exposed the deep state of darkness and is being drained, exposed and removed!

God is now answering many thousands of appeals to heaven. We are definitely going to see darkness get darker and are being set up for the intense light of God’s glory to outshine evil. God will now close the door of the enemy’s attempt at overthrowing our founding roots to be a Christian nation! We are now partnering with the King of kings together to advance God’s kingdom in a fresh wind of fire for a new desire!

I heard the Lord say, “The law of God will again override the plans of the enemy!

On the same day, CHARISMA also featured a prophecy by Johnny Enlow:

I believe we are about to see the shift that I said would happen around July 4th (our patriotic songs time) and you will see it much harder for the fowl birds of the “dirty birds” media to sack President Trump. They gave it their all in the first half of the year, but they are now beginning to get “gassed” because of the relentless moving forward of Trump and his administration.

Expect this July 4th shift to be significant even though the enemy will keep attempting against their “swamp being drained.” However, the swamp is going to be drained like an unplugged cesspool. There is still a lot of arguing because all haven’t clearly seen the players at the bottom of the swamp. Some crooks are hiding under other crooks, but even that is not going to work for very long.

It is a monumental overhaul that God has called for at this time and “you ain’t seen nothing yet.” Trump is simultaneously a lead instrument for the overhaul [and] also symbolic of the drastic overhaul coming to everything as we accelerate into reformation days. It is a time of aggressive change towards advanced kingdom purposes. God is on your side only if you are on His side. He loves you unconditionally, even if you are not on His side, but things are not going to go well for you if you stay on your side. It is time to shift to His side.

Recently, I had a dream — dare I say a prophecy — that I want to share with readers. I am uncertain as to what this dream means. I will leave readers to hear the words of Bruce Almighty (my prophet name) and interpret them accordingly. After all, my dreams are every bit as prophetic as Pool’s and Enlow’s and a hell of a lot more entertaining.

I fell into a deep sleep after hours of wrestling with Satan’s emissary — pain.

My mind was taken back to the days when my wife and I were young. Several of our children were in cloth diapers. We visited First Baptist Church in Bryan, Ohio. They were meeting in multi-purpose building. As we walked into the room, we passed by my uncle, Paul Daugherty. He nodded and kept walking. As we neared our seats, Polly turned to me and gave me a soiled diaper she had put in a bread bag. I took the diaper and put in my suit coat pocket.

A short time later, just before the service started, I stuck my hand in my coat pocket only to find that the bread bag had not been tied and now I had baby poop all over my fingers.

I got up and quickly made my way to the bathroom. As I was washing my hands, in walked the twin brothers, Mark and Luke Gray who were serial killers on the TV show The Following.

And then I woke up.

Why do We Dream? at How Stuff Works

Psychology Today article titled, Why Do we Dream?

My editor wondered if younger readers might not know what the graphic is. For those of you raised on Pampers, those are cloth diapers. If there’s a Heaven above, then my wife, Polly, will certainly gain entrance. Six children, and cloth diapers for every one of them. We had a diaper service for all of two months with our first son. (Again, for younger readers, a diaper service was a company that picked up your dirty diapers, washed and dried them, and then returned them to your home.) After cancelling the diaper service, Polly spent the next fourteen years washing cloth diapers. Surely, if anyone is a saint, she is.