Why Adult Women “Let” Pastors Take Sexual Advantage of Them 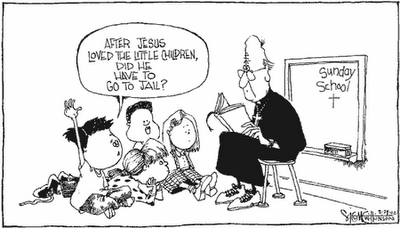 By now, regular readers of this blog who follow the Black Collar Crime Series know that Evangelicalism has a Catholic church-sized problem with sexual assault, sexual abuse, and rape. For years, Evangelical churches and pastors pointed fingers at the Great Whore of Babylon — the Roman Catholic Church — condemning its ever-growing sexual abuse scandal, all the while ignoring the increasing number of sex-related scandals in their own ranks. It is clear, at least to me, that Evangelicals have no high moral ground when it comes to sex crimes; that Evangelical pastors, deacons, elders, Sunday school teachers, Christian school teachers, bus drivers, worship leaders, and choir directors can and do rape, assault, and abuse. Add to this the consensual affairs, cavorting with prostitutes, and being “addicted” to porn, and it seems, despite all the preaching against sexual sin, that so-called men of God are not practicing what they preach.

I am in no way suggesting that a large number of Evangelical pastors are sexual predators. I have no doubt that many pastors are true to their marital vows, don’t prey on children, and generally try to practice what they preach. (Please read Is Clergy Sexual Infidelity Rare?) That said, many Evangelical churches do a poor job of keeping congregants — especially children and teenagers — safe from abuse at the hands of men given the responsibility and authority to lead them. Churches wrongly think that if they do a one-time background check and it comes back clean that they have done their due diligence. However, background checks only show criminal convictions, and if not done regularly, such checks would not catch convictions after the original background check was performed. Churches should annually run thorough background checks. When interviewing men for open pulpits, churches should call the candidates’ previous churches to see if there were any whispers of sexual misconduct. It is astounding how many churches hire men with checkered pasts, not bothering to check on whether they have left behind at their previous jobs allegations of sexual impropriety.

Evangelical churches are often quite sensitive to how they are viewed in their communities, knowing that rumors about sexual scandal could damage their reputations. This is why, instead of obeying reporting laws and putting the needs of victims first, many churches, when they hear of sexual misconduct, investigate it themselves and try to cover it up. In doing so, churches often violate state sexual abuse reporting laws. Sadly, prosecutors have been hesitant to prosecute pastors and church leaders for not reporting abuse. Imagine how different things might be if a few pastors were sentenced to a year in the county jail for failing to report sexual abuse. I bet that would get their attention, and result in more churches following the law. (Please read How Should Churches Handle Allegations of Abuse?)

Many Evangelical churches are independent or part of loosely affiliated sects such as the Southern Baptist Convention. Since each church governs itself, there is no central authority that handles claims of abuse or disciplines pastors accused of criminal behavior. Every church is its own final authority, and far too many churches have been willing to shove clergy sexual misconduct under the proverbial rug rather than see their pastors criminally prosecuted and their victims receive justice. Even worse, victims are often shamed into silence. Jesus forgave us, shouldn’t we forgive others? victims are told. Pastor said this was all a big misunderstanding, and he promises, before God himself, that he will never, ever do anything like this again! Will you forgive him?  And by doing this, churches abuse victims all over again and predator pastors are free to continue trolling the church membership (or a new church’s membership) for fresh victims.

The Southern Baptist Convention is the largest Protestant denomination in America, yet, as of this date, they refuse to establish a centralized database that tracks allegations and prosecutions of pastor/church leader criminal conduct. Southern Baptist leaders say that they must protect pastors from false allegations, and developing a database of accusations would “convict” pastors without the benefit of a trial. While false allegations are always possible, they are actually very, very rare. At the very least, a database of allegations would help when looking for patterns of misconduct. Using the “where there is smoke there is fire” approach, when a pastor has several accusations lodged against him, it is likely that he is up to no good.

An overarching problem in Evangelical congregations is that people are naïve and too trusting. I have posted numerous Black Collar Crime reports detailing congregations who refused to believe that their pastors could ever do such terrible things. Often, they will defend their pastors, accusing me of trying to smear or discredit their churches. After all, I am an atheist, a tool of Satan, so anything I write can’t be trusted. However, the content for the Black Collar Crime Series comes from news and police reports. I only report what can be verified. As a result, offended church members, in time, learned my reports were correct and their pastors were indeed capable of everything from rape to murder to theft. Pastors are not above the fray morally or ethically, and as long as the sheep think they are, predator clergy will continue to prey on and fleece the flock.

Recently, I posted an article about Mitch Olson, pastor of Grace Ministry Center in Kimball, Michigan, being accused of sexually assaulting a woman during an anointing ritual. When confronted by church leaders, Olson said his hand must have slipped in the anointing oil. (Please read Black Collar Crime: Evangelical Pastor Mitch Olson Accused of Sexually Assaulting Church Member.) The woman Olson allegedly abused is an adult who had been a member of Grace since sixth grade. When people read stories such as this one — especially readers who never Evangelicals — they often wonder why the woman just didn’t say NO or fight back. Surely, as a grown woman, she knew that it was wrong for her pastor to be “anointing” her breasts, buttocks, and genitals. Shouldn’t she bear some culpability in what happened? Isn’t this really just a matter of consensual behavior gone awry?

Pastors are, by law, considered authority figures, and as such are held to a high standard of moral and ethical conduct. Because pastors are often intimately involved in the lives of their parishioners — much like doctors, lawyers, and counselors — there is always a danger of people being manipulated and controlled, leading to abusive behavior and sexual misconduct. Pastors often know the dark, deep secrets of their parishioners, and this gives them power over their congregants. Professional lines can quickly become blurred, resulting in criminal misconduct. While pastors can and do have consensual sexual affairs with women in their church, often these affairs are actually abuses of authority and should be treated as such.

In the case of Mitch Olson and Justine Morden, the victim had spent her formative years in Grace Ministry Church, with Olson as her pastor.  Morden deeply respected and trusted Olson. I am sure she never thought that Olson would sexually take advantage of her. Remember, most Evangelicals are taught that their pastor/pastors/elders are their spiritual leaders and guides. Called “men of God”, these pastors are often viewed as the rulers of their churches. Given great power, authority, and control, Evangelical pastors can, with impunity, misuse and abuse their congregations. In some Baptist circles such as the Southern Baptist Convention and the Independent Fundamentalist Baptist (IFB) church movement, pastors often have absolute control over their churches, acting more like kings and potentates than humble servants.

It should not come as a shock to the reader to learn that, because congregants are often raised in such authoritarian, controlling churches, many of them lose their ability to discern harm or misbehavior. Why, Pastor Bob would never, ever harm me. He loves and cares for my soul and prays for me daily! When congregants lose discernment abilities, it is not hard then for a pastor to manipulate church members into doing whatever it is he wants them to do. This is especially the case for women who have spent their lives being taught that God commands them to be submissive to male authority — their fathers when they are young, their husbands when they are married, and their pastors when it comes to spiritual matters. Totally disarmed and subservient to men, women become easy targets for pastors to take advantage of.

It is clear that many sexually abused Evangelical women didn’t “let” their abusers do anything. Thanks to their immersion in cult-like teachings and behaviors, along with misogynistic, patriarchal views of the fairer sex, it is evident that many women are like lambs to the slaughter, easy marks for those out to take advantage of them.  As Justine Morden and countless other Evangelical women have learned, just because a man calls himself pastor doesn’t mean he should trusted. While scores of predatory clergy are exposed and convicted every year, countless others fly under the radar, using their positions of power and authority to take advantage of trusting, unsuspecting women. Until churches and sects are willing to out these predators and publicly burn them at the stake — so to speak — they will continue to wreak havoc and destruction.

This post is focused on women because the overwhelming majority of Evangelical clergy sexual abuse consists of male pastors abusing female teenagers and women. This does not mean I am ignoring male-on-male abuse or child sexual abuse. It too is a problem, but for this post alone, I have focused on the question raised in the title.