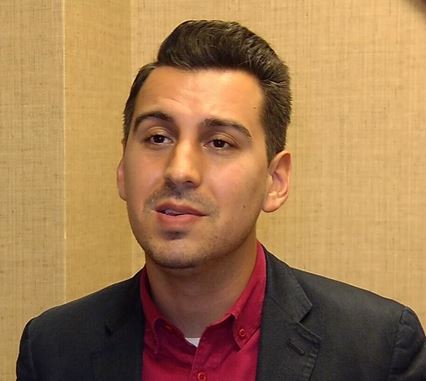 Stephen Mendoza Arellano, youth pastor at Apostolic Assembly Church in Las Cruces, New Mexico was charged yesterday with ” attempted production of child pornography, enticement of a child to engage in sexual activity, and travel to meet a minor to engage in sexual conduct.”

Stephen Mendoza Arellano, 30, an ordained minister for the Apostolic Assembly Church who serves as the youth president for the church’s New Mexico division, has been charged with attempted production of child pornography, enticement of a child to engage in sexual activity and travel to meet a minor to engage in sexual conduct, according to federal prosecutors.

According to a criminal complaint filed Oct. 5, Arellano began communicating with a 15-year-old girl in a sexually explicit manner beginning in May. It also alleges that he traveled from Las Cruces to El Paso for the purpose of engaging in sexual intercourse with the girl, who was a member of the Apostolic Assembly Church.

The complaint alleges that Arellano and the girl used Snapchat to communicate on a daily basis, and that at some point, their communications became sexually explicit. Arellano also allegedly sent nude photos of himself to the girl via cellphone message and requested nude photos of her between May and August.

The complaint also alleges that Arellano engaged in sexual activity with the girl in July and August, including at a youth convention in Las Cruces that was held at Hotel Encanto, where he allegedly took a nude photo of the girl.

The investigation allegedly revealed that Arellano was aware of the girl’s age because he assisted in making a video for her Sweet 16 birthday party.

If convicted on the attempted production of child pornography charge, Arellano faces a mandatory minimum penalty of 15 years and a maximum of 30 years in federal prison.

An April 10, 2018 story by KRWG reports that Arellano has pleaded guilty to “traveling in interstate commerce for the purpose of engaging in sexual contact with a minor.”