Evangelicals tend to be submissive and trusting of their pastors, believing these men are specially chosen by God to teach them the Bible and lead them in paths of righteousness. Roman Catholics treat their priests similarly. When these pillars of moral virtue behave in ways not expected, Christians have a hard time believing that Pastor or Father __________ would ever sexually abuse children, take sexual advantage of teenagers, or manipulate congregants for sexual gratification. They just KNOW that their trusted leaders would never do such things, and even after these men of God are convicted and sentenced to prison, some Christians continue to believe that their pastors/priests are innocent.

Part of the problem is that pastors and priests don’t resemble what many people expect sexual predators to look like. The late Bob Gray pastored Trinity Baptist Church in Jacksonville, Florida for thirty-eight years. He was, by all accounts, a wonderful example of a Christian man who devotedly and resolutely followed after Jesus. Yet, when Gray died, he was scheduled to be tried on charges of sexually abusing twenty-two children. All told, Gray was an Independent Fundamentalist Baptist (IFB) pastor for fifty years. His predatory ways can be traced all the way back to his days as a student preacher. Gray was, from the get-go, a rotten apple, yet, for many years, he was a revered man of God who pastored one of the largest church in the country. He didn’t “look” like a predator, and neither do most of the men who prey on naive, innocent, defenseless children, teens, and adults.

There are thousands of Bob Grays pastoring churches — from Catholic parishes to IFB congregations. Sometimes these predators spend their lives in one church, grooming entire generations to accept their predatory ways as normal. Other men move from church to church, ever on the prowl for new victims. Those who blindly trust their pastors risk being taken advantage of. Yes, most pastors are decent, thoughtful human beings, but enough of them are abusers that only the naïve among God’s people would blindly trust these men with their children and teenagers. Numerous times a week, Evangelical preachers, Mainline pastors, and Catholic priests are arrested and charged with sex crimes. And so are deacons, Sunday school teachers, worship leaders, youth ministers, Christian school teachers, and church volunteers. Churches are magnets for predators. These perverts know that Christians tend to be trusting of others — ignorantly believing claims of salvation and transformation. Even people who were convicted of sex crimes before they were “born again” are often trusted to be on their best behavior. After all, Jesus forgave them of their sins, shouldn’t Christians do the same? Evangelicals, in particular, love stories about “God” giving people second chances. Years ago, a pastor whom I know well told me that his church didn’t do background checks on workers because their past, no matter how heinous, was under the blood. In his mind, the precious blood of Jesus was some sort of magic potion that cured pedophiles and sexual predators. 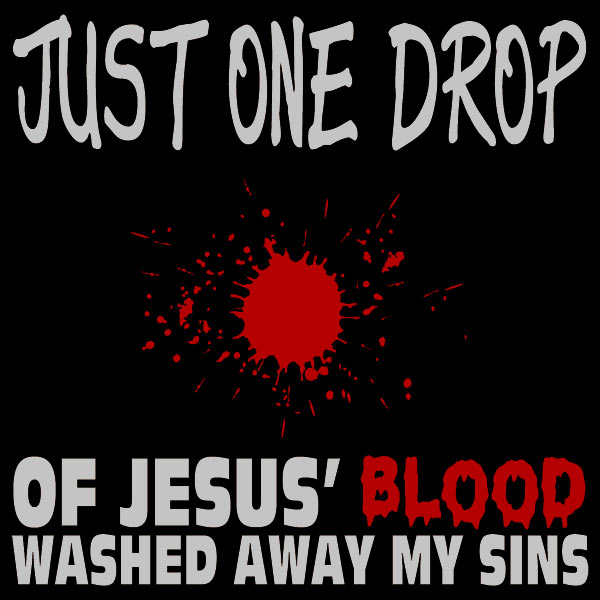 Recently, the Toledo Blade ran an editorial that asked the question, What do Predators Looks Like? Here’s what the article had to say:

A third Toledo pastor now stands accused as part of a sex-trafficking ring that abused teenage girls. And while the idea of clergy members colluding to exploit vulnerable girls shocks the community, it is worth remembering that human traffickers rarely look like villains out of central casting.

Federal prosecutors have alleged that the Rev. Kenneth Butler, 37, the self-proclaimed prophet affiliated with Kingdom Encounter Family Worship Center, is part of the same human-trafficking conspiracy that allegedly involved the Revs. Cordell Jenkins and Anthony Haynes. Those men were arrested in April and are behind bars awaiting trial on sex trafficking and child pornography charges.

To the community, these men appear to be honorable, religious leaders. Authorities say that appearance is a façade.

Experts say that sexual predators who target children will often seek trusted positions in the community that will allow them access to young people and give parents a false sense of security. They seek jobs as coaches or teachers, clergy or youth leaders.

Evil-doers in the movies often look evil. Evil-doers in real life often work hard to look harmless. They look ordinary. They look trustworthy. They do not look as if they were cast to play the part of a villain.

In recent years, society’s understanding of human trafficking has drastically changed to reflect the scope and prevalence of the problem. This is largely thanks to the work of pioneering researchers, one of the most prominent of whom is Celia Williamson of the University of Toledo.

The nation is only beginning to come to grips with the nature and extent of human trafficking. And it is another Ohioan who has been the leader on this issue in Congress — Rob Portman.

But none of this changes the depth of the damage trafficking can do to one life or one family. And the trafficker may be hidden in plain, respectable, sight.

The pastors referenced in this editorial are three respected Toledo pastors. You can read about their crimes here and here.

Since March 2017, I have published 207 stories detailing clerical criminal — most often sexual — misconduct.  The total number of criminal preachers is much higher, of course, since some arrests don’t make the news and many predators aren’t caught. Some critics, thinking I have an axe to grind, say that the only reason I highlight these stories is that I hate God/Jesus/Christianity and I want to embarrass the Church. Emails from such people are laden with Bible verses or personal attacks, both meant to silence me. What I find interesting is that these people rarely mention the victims, and when they do they often attack them, suggesting that the sex was consensual or, as in the case of convicted felon Pastor Jack Schaap, the teenage victim was the one who seduced the adult offender. I suspect people attack me because to do otherwise would expose their culpability in allowing sexual predators to prey on church congregants in plain sight.

People of authority, be they pastors, doctors, lawyers, counselors, or teachers, are often privy to intimate details about the lives of those they serve. This access to the darkest, deepest, most vulnerable parts of our lives makes us easy targets for “servant” predators. In the 1960s, my Evangelical grandfather suggested that my mother see a Christian therapist in Lima, Ohio. According to my grandfather, this psychiatrist was a committed follower of Jesus. a man who would deliver my mom from her psychological demons. Why Mom trusted her father I will never know. After all, as a child, he sexually molested her. But, trust him she did, and this doctor proceeded to get Mom hooked on powerful narcotic/psychotropic drugs. This Evangelical servant of the Lord, once his female patients were addicted, demanded they provide him sexual favors in trade for the drugs. My mom complied with his demands. Is it any surprise, then, that my mom repeatedly tried to kill herself? — once by slitting her wrists, leaving her oldest son to find her lying in a pool of blood on the floor when he came home from school, and another time when she pulled her car into the path of a truck, totaling the vehicle, yet surviving the accident.

We will never totally put an end to sexual abuse. There will always be men (and, to a lesser degree, women) who sexually take advantage of others. When caught, these perverts should be punished, and anyone who enables their behavior should be punished too. Those whose lives were marred and ruined by sexual abuse deserve compassion and care — not blame and guilt. For churches, in particular, fundamental changes must be made to how pastors and church workers are vetted. As things now stand, Christian sects and churches are viewed as enablers and protectors of “men of God” who sexually abuse and take advantage of congregants. Church leaders whine and complain about being unfairly tarred with a broad brush, but the fact remains is that many sects/churches/pastors remain deaf, blind, and dumb when it comes to sexual abuse. Until the matter is taken seriously, church leaders might as well get used to being tarred. The damage caused by predator preachers is such that I simply don’t have the time to listen to or worry about hurting the feelings of “offended” church leaders. (Please read How Should Churches Handle Allegations of Abuse?) When my email inbox is filled with mail from abuse victims, it’s hard to give any attention to butt-hurt preachers who think their reputation and the “testimony” of their church are being hurt by sexual abuse allegations.