Why Biblical Inerrancy is Not Intellectually Sustainable 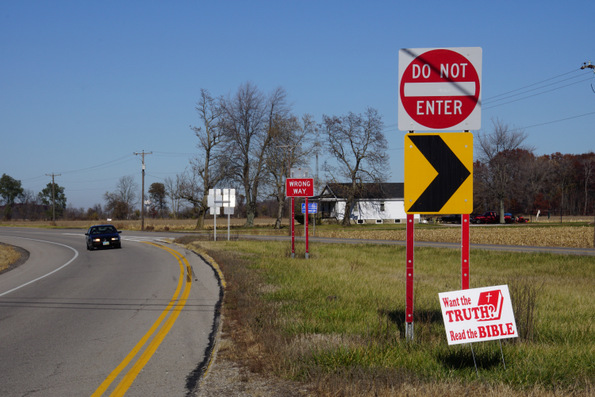 One of the cardinal doctrines of Evangelical Christianity is the belief that the sixty-six books of the Protestant Bible are inspired, inerrant, and infallible. Every word, every syllable, every letter is without error. The Bible, according to Evangelicals, is different from all other books, in that it was divinely inspired and written by the Christian God. Some Evangelicals believe that God directly dictated the words of the Bible to the original writers. Other Evangelicals believe that God directed the writers to write in such a way that every word is without error. Thus, when Evangelicals say the Bible is inerrant, they mean that the text is internally consistent and without discrepancy, mistake, or error. In other words, every word of the Bible is true.

Ask Evangelical pastors exactly WHAT is inerrant, and they will likely give one of the following responses:

Some Evangelical pastors believe that God has preserved his Word without error down through history, right down to a particular translation — namely the 1769 revision of the King James Bible. Some of these pastors might say that the 1611 edition of the King James Bible is inerrant, but most of them use the 1769 revision, not the 1611. The fact that there are textual differences between the two means that one or the other isn’t inerrant. Other Evangelical pastors believe the King James Bible is inspired by God, right down to the italicized helper words inserted by translators.

Evangelical pastors, as they are wont to do, go to great — and often comical — lengths to explain the doctrine of inerrancy. Serving up theological word salads, these defenders of inerrancy wow congregants with their Trumpian theological prowess. Church members come away believing that whatever translation they are using is the inspired, inerrant, infallible Word of God. Asking these members if their Bible contains errors, mistakes, or contractions brings a swift and emphatic NO! However, privately ask educated Evangelical pastors the same question and they will dance all over the place as they attempt to explain that translations are not inerrant, but they ARE faithful, trustworthy, or reliable. Some pastors, realizing that defending inerrancy makes them look like an imbecile, will say that the Bible is inerrant in matters of faith and practice. For these pastors, it doesn’t matter if the Bible is wrong about history and science. The Bible was never meant to be used as a science or history textbook. All that matters is what the Bible says regarding beliefs essential to Christian faith. Good luck trying to pin down pastors on exactly what beliefs are essential.

The original manuscripts of the Bible do not exist in any shape or form. There are thousands of manuscripts from which the various Bible versions are translated. These copies of copies of copies of copies disagree with each other in thousands of places. Granted, most of these discrepancies are minor, but remember, the standard for Biblical inerrancy — WITHOUT ERROR. This means if these manuscripts contain one error, they can not be considered inerrant. The same can be said for translations. If it can be shown that a particular translation has mistakes or internal inconsistencies — and it can — then the text cannot be considered inerrant. Whatever the Bible is or isn’t, one thing is for certain: the Bible is not inerrant. I can’t think of an intellectually honest way to argue that the text of the Protestant Bible in any of its varied forms is without error.

Knowing the Biblical inerrancy cannot be intellectually or rationally sustained, many Evangelical pastors turn to sleight of hand trickery to make it seem that the Bible is inerrant. One popular trick used is harmonization. Bart Ehrman recommends reading each book of the Bible on its own without making attempts to harmonize that book with other books of the Bible. Let each author — whomever he might be — speak for himself without reading into his words what other Biblical writers said. Of course, doing so leaves readers with books that contradict each other, with Jesus, Paul, Peter, and James each having gospels different from the other, and the gospel authors contradicting each other on matters of historical fact. This is why Christian pastors teach congregants to harmonize the Bible. Harmonization makes disparate verses “fit,” supposedly providing a cohesive, consistent text. By doing this, all the alleged textual errors and contradictions disappear — at least in the minds of Evangelical preachers anyway.

Many Evangelical pastors know the Bible is not inerrant. Privately, they will bitch and complain about Bible thumpers such as Ken Ham, David Barton, Jerry Falwell, Jr, James Dobson, Tony Perkins, James Robison, Jim Bakker, and Bob Gray Sr. They wish these men would shut the darn, freaking, heck up.*   *Approved Baptist curse words used. (Please read Christian Swear Words.) However, when these very same swearing preachers enter their pulpits on Sunday, they sing a different tune, leading congregants to believe that the translations they hold in their hands are the inspired, inerrant, infallible Words of God. These liars for Jesus know that telling people that the Bible contains errors, mistakes, and contradictions would lead to conflict, unrest, membership loss, reduced offerings, and perhaps even unemployment. If there is one thing I learned as an Evangelical pastor it is this: congregants want certainty. When they read their Bibles, church members want/need to feel/know that what they hold in their hands consists of the very words of God. Without this assurance, people will lose faith in the Bible/God/Jesus/Church. Can’t have that. There is a kingdom to build, an empire to maintain. Doing so requires people of great faith, even if their faith is built upon a lie.

If you are interested in reading further about Biblical inerrancy, I encourage you to read one or more of New Testament scholar Bart Ehrman’s books. Countless Evangelical pastors have done so and now know, if they didn’t know already, that inerrancy is a house of cards. They may not admit this publicly, but when safely meeting behind closed doors with their ministerial colleagues, these men of God speak great lamentations of woe over the pervasive ignorance found among those who believe the Bible is inerrant. However, until they tell their congregations the truth about the Biblical text, what do they expect? Congregants look to their pastors to educate them about the Bible. Most Evangelicals go through life with a borrowed theology — often whatever their pastors believe. Knowing this, Evangelical pastors should speak the truth concerning the Bible and encourage people to study the inerrancy issue for themselves. What better way to do this than starting a Bart Ehrman Book Club. Let me suggest several of his books that will drive a stake in the heart of the brain-sucking doctrine of Biblical inerrancy:

Forged: Writing in the Name of God — Why the Bible’s Authors Are Not Who We Think They Are

How Jesus Became God: The Exaltation of a Jewish Preacher from Galilee

Lost Scriptures: Books that Did Not Make It into the New Testament

Lost Christianities: The Battles for Scripture and the Faiths We Never Knew

Tagged Evangelicalism, Christianity, Bart Ehrman, Inerrancy of the Bible, Inspiration of the BIble