Dear Salesman, Don’t Assume Every Prospective Customer is a Christian 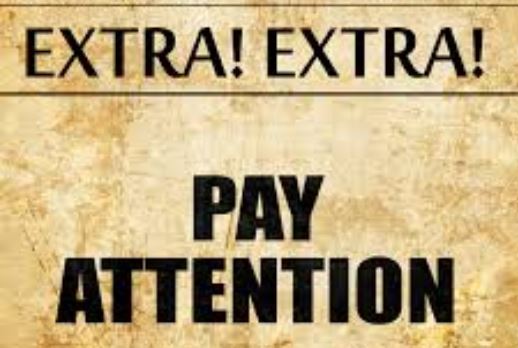 You came into our home today to sell us your company’s product. We received a flyer from your company last week, touting its new, low-priced rental program of your equipment. We’ve been wanting to buy or rent your product for some time, so the new rental program was all the motivation necessary for us to call your company and schedule a sales call. What follows in this letter is a mixture of advice and critique. I hope you will learn from what I have written.

You arrived promptly for the sales call — and that’s a good thing. Tardiness — especially without notification — is a sure way to get us to reject out of hand what you are selling. If my wife and I, who are just as busy as you are, set time aside for your sales pitch, we expect you to arrive on time. And if you can’t, we expect a telephone call or text message. Last week, I offered for sale two Amazon Fire TV Sticks on a local buy-and-sell forum. The first person to say he wanted them asked if I could wait until Friday for him to pick them up. I said, sure. Friday came and went without the man picking up the Sticks. So, I offered them to the next person who wanted them. She promptly came and picked up the Sticks. The next day, the man who stood us up sent me a Facebook message, asking if he could come and pick up the Sticks. I told him no; that I had offered them to someone else. The man became upset with me, suggesting that I was a terrible person. I took a few moments to educate him on the value of timeliness and keeping your commitments. All that did was aggravate him further. The man told me that he would never do business with me again. Little did he know that I don’t give people who don’t keep appointments a second chance; even those who use the lame excuse that their grandmother was in the hospital and no one had a cell phone. He and his siblings were Millennials, so there was no chance in hell that one of them didn’t have a cell phone. So as a salesman, you get one point for being on time. Unfortunately, as this letter will detail, our interaction with you cost you quite a few other points.

You parked on the street in front of our home, directly in front of the two-foot by six-foot sign for my business, Defiance County Photo. It’s hard to miss, with its blue frame, but somehow you missed it. That’s why you were surprised when you found out I was photographer, and that I, in particular, did local high school sports photography (you proceeded to then spend way too much time telling me of your own photo prowess, complete with dick pics — also known as your “awesome” sports photos). Years ago, I tried my hand at sales. My dad was a salesman for several decades. He was as smooth as silk when it came to selling people things they didn’t need; things such as Kirby vacuüm cleaners and Combined Insurance Company supplemental medical policies. Unfortunately, I was not like my dad, and I failed miserably at selling stuff. I even tried my hand at selling the product you tried to sell us today.

One lesson I did learn from my foray into sales is that it is very important to pay attention to your prospective customers’ homes. How do they live? What’s hanging on their walls? Years later, I would use this technique in my selling of Jesus to sinners. As someone who’s been in sales for years should know, it is important to make a connection with customers. The easiest way to do that is to talk about them, and not yourself. Unfortunately, you didn’t pay attention to your surroundings as you walked into our home, and as a result you made assumptions about us that were invalid. You are much like the Amway salesman that came to our home years ago thinking that by mentioning his Cadillac sitting in our driveway and showing us his Rolex watch and diamond ring, we would be so impressed that we would immediately want to become salesman for Con-way. Nothing in our home — a mobile home — told this man that we were people who placed a premium on material wealth. He missed all the cues that our home, dress, and demeanor told him. You did the same, by not paying attention to us, and by spending way too much time talking about yourself; building yourself into a larger-than-life master of industry. One thing I have learned over my sixty years of life is to spot a bull-shitter from a mile away. Soon as you started regaling us with your exploits, I knew we were talking to a first-class, Grade-A biped manure spreader.

Had you been paying attention, you never would have repeatedly referenced the Evangelical God in your conversation with us. You wouldn’t have told us that God has a plan for everyone’s life or that the Christian God is in control of everything. You also wouldn’t have mentioned how my wife’s employer — for whom she has worked twenty years — has gone downhill since its Evangelical founder died; that the third-generation now running the company is only concerned with profits and the bottom line. What was it about how we lived, dressed, or carried ourselves that said to you we are Christians? There’s nothing in our home that even remotely suggests that we are Christian; no Jesus Junk®, no Bibles lying around, no Evangelical books in our bookcase; nothing that suggests that we are Jesus-loving, church-going Christians. I suspect you wrongly assume that everyone in rural Northwest Ohio believes in God, so you thought it safe to use God to warm us up and entice us to say yes. Little did you know we are atheists. I wonder how uncomfortable that fact might have made you feel had you known.

My wife and I are kind and generous to a fault. We said nothing as you blabbered on about your omnipotent, omniscient, omnipresent mythical deity. After you left, my wife even complimented me — with a chuckle in her voice — for using the word darn instead of damn in one of my responses to you. You see, I pay attention to my surroundings. I don’t go out of my way to offend Christians. When my wife’s Evangelical parents come to our home to visit, we temper our language, change the TV channel to Hallmark, and play G-rated music. We don’t want to unnecessarily offend them; even though they find plenty to be offended over by our stocked liquor cabinet, their daughter’s worldly apparel, the atheist books on my bookshelves, our children’s lack of faith, and our lack of church attendance and prayer before meals (though we do allow Polly’s dad to say a prayer before meals). You might learn something from our behavior: that unless you know a prospective customer is a member of the Jesus Club®, perhaps it’s better to not assume. You came to our home to sell us your company’s product, not to sell Jesus. Had we known that Jesus was going to be part of the sales presentation, we certainly would not have invited you into our home.

There is much more that I could say about your interaction with us; stuff that should have resulted in us saying no thanks. But, thanks to me researching your company and its product, and thoroughly educating myself about what it does, we decided to buy your product anyway. While we were turned off by your sales presentation, including the part that treated us like aged imbeciles, we had decided beforehand that if the price in your company’s flyer was indeed correct, we were going to rent your product. So then, it was your lucky day, Mister Jesus Freak, that you ran into customers who could ignore your religious drivel, and instead base their decision on whether your product would meet their needs.

Next time you go into someone’s home to sell them your product, pay attention. Your next prospective customer might not be as thoughtful and deferring as we are. Perhaps it would just be better if you left religion out of your sales pitch altogether. There’s something dirty and shallow about trying to hook prospects with Jesus talk. While I suspect my wife and I are in the minority when it comes to not wanting to hear salesmen talk about their love life with Jesus, an increasing number of local residents are choosing to label themselves as NONES — people who are atheists, agnostics, or indifferent towards religion. These prospective customers want to hear about your product, not your God. Keep that in mind next time you start telling a customer about the God who controls everything. You might find out that the only God who control something is the customer who has the power to say yes or no to your sales pitch; and for customers who aren’t religious, they are more likely to say no to someone who uses religion in an attempt to reel them in.