Evangelicals and Their Obsession With Sexual Lust 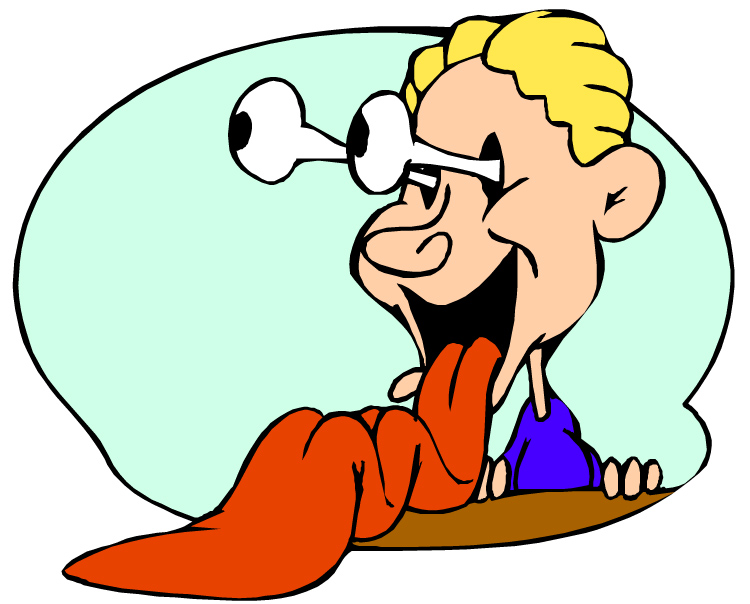 Evangelicals have a huge problem with what they call sexual lust. Countless sermons, books, and website articles are devoted to helping Christians overcome lust. Rarely, if ever, do Evangelicals ask WHY they have a lust problem. Why do men and women filled with the Holy Spirit need to be constantly reminded of their propensity to lust? With God living inside of you (there’s a joke waiting to be told), I would think that victory over lust or any other sin would be but a thought or prayer away. If God himself can’t keep Evangelicals from sexually desiring other people to whom they are not married, what hope is there for the unwashed, uncircumcised Philistines of the world?

Perhaps, the real issue is that Evangelicals mislabel and misunderstand sexual lust. Thanks to Jesus to telling his followers in Matthew 5:27,28: Ye have heard that it was said by them of old time, Thou shalt not commit adultery: But I say unto you, That whosoever looketh on a woman to lust after her hath committed adultery with her already in his heart, Evangelicals think that if they look at a man or woman and desire them then they have committed adultery in their hearts. Is it any wonder that some Evangelicals, upon realizing they have committed adultery in their hearts, decide to physically have sex with whomever they are “lusting” after? If you are going to think it, you might as well do it.

What is lust, anyway? A simple definition is this: having a craving, appetite, or great desire for. Based on this definition, all humans lust, and there is nothing inherently wrong with sexually lusting after a man or a woman. What complicates the matter for Evangelicals is that they are duty-bound to live according to the laws, commands, precepts, and teachings of the inspired, inerrant, infallible Word of God. The Bible, then, and not an English dictionary, defines what lust is. The inconsistent, arbitrary, contradictory moral code found in the Bible becomes the standard by which the triune God demands people live — in theory anyway. As any observer of Evangelicalism knows, Evangelicals don’t walk what they talk. Here they are, filled with the Holy Spirit and holding in their hands God’s blueprint for living, yet they fail miserably at being different from the big, bad “world.” Why is that?

The first problem is that Evangelicals view themselves as sinners; weak, powerless, helpless people, who, without the saving grace of Jesus, would be given over to their sinful desires. Evangelicals believe humans are inherently broken and need fixing; and only God, through the atoning work of Jesus, can repair them; and this fixing is an hour-by-hour, day-by-day process. Sin is always at the door, threatening to destroy their lives, Evangelicals think. Powerless, they cry out to Jesus for help, and in his good time, if at all, Jesus supposedly rides in on his white horse and delivers them from their sins. And if Jesus doesn’t arrive in time and Christians fall or run into sin? Forgiveness and a clean slate are but a prayer away: If we confess our sins, he is faithful and just to forgive us our sins, and to cleanse us from all unrighteousness, the Bible says in 1 John 1:9. Thus, for Evangelicals, there’s no reason for them to own their behaviors and be accountable for their actions. 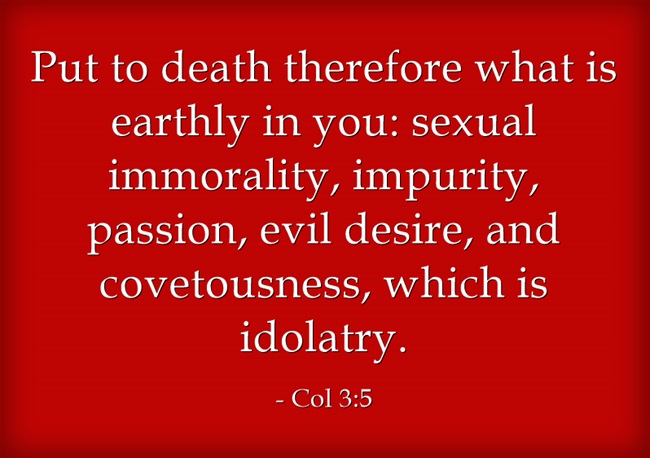 The second problem comes when you join the Evangelical concept of sin and inherent helplessness with strict adherence to what’s written in the Bible. Instead of understanding that it is normal and healthy to sexually desire people, Evangelicals label their desires “sexual sins” such as adultery or fornication. Worse yet, even thinking about these desires, according to Jesus, is adultery. Imagine living in a world where the very thought of another person’s sexual desirability is considered heinous behavior worthy of eternal torment in the Lake of Fire. Is it any wonder Evangelical men and women go through life laden with guilt and fear? Is it any wonder so many Christians act out on their desires, often crossing the line from normal human behavior to criminality? One need only to follow the Black Collar Crime series to see that Evangelicals have a huge problem with sexual sin — especially sex with minors or, as in the case of pastors, people with whom they have professional relationships. A pastor having consensual sex with someone other than his wife violates the Evangelical God’s moral code, but outside of Christianity such behavior, at worst, leads to divorce. Consensual sex between unmarrieds is normal, healthy, and expected, but, for Evangelicals, such behavior is called fornication – an accursed sin worthy of eternal damnation. Masturbation and viewing pornography are also considered serious sins by most Evangelicals.

The focus should be on sexual behaviors that harm others. If there is no harm to others, and all parties are adults who consent to the sexual behavior, there should be no condemnation of the sexual behavior. Extramarital sex is generally considered bad behavior, but a married couple could have an understanding, making what Evangelicals consider adulterous normal. The rules I live by are quite simple:

Simply put, I mind my own business.

Evangelicals, on the other hand, are plagued with all sorts of rules governing their sex lives. Worse yet, these rules have differing interpretations depending on whom their pastor is, where they attend church, and what sect their church belongs to. When Evangelical men and women see someone to whom they are sexually attracted , they immediately feel guilty and worry about committing adultery in their hearts. Instead of seeing such behavior as normal and healthy, Evangelicals fear God’s judgment if they fail to avert their eyes and repent of their inordinate desire.

Yesterday, an Evangelical psychologist by the name of Douglas Weiss barfed up a post titled 10 Powerful Tips to Stay Lust-Free. The article was pretty much standard Fundamentalist fare: pray, read the Bible, memorize Scripture, and keep a journal of your lustful behavior. Weiss did, to his credit, speak of Evangelicals owning and changing their behavior. These points seemed quite humanistic, so I do wonder how Weiss squares personal accountability with what the Bible says about sin and human helplessness without God.

I did find tip number eight quite humorous:

Simply put a rubber band around your wrist and when you start to lust, snap it hard.

Currently, you are giving your brain positive reinforcement when you lust. You escape reality, you feel desired, you fantasize and sometimes even receive a chemical reaction in your brain from the risk and excitement you feel. When you positively reinforce your brain, it will heighten your desire to repeat that behavior.

The rubber-band technique creates a negative reinforcement for lust and sends your brain the message: I don’t want to do this anymore.

Of course, Weiss is giving advice for combating a behavior — lust — that only exists in the minds of Evangelicals. I see a theological contradiction with Weiss’s advice. If Evangelicals are to snap the rubber band when they start to lust, doesn’t that mean they have already sinned? Isn’t lust sinful, regardless of whether the Christian is at the start, middle, or end of the lusting process? Shouldn’t the lustful Christian immediately stop sinning, drop on his knee, and give God a blo- uh I mean pray for forgiveness?

Imagine, for a moment, Pastor Joe sitting at his office desk studying for Sunday’s sermon. Pastor J, as his followers love to call him, is planning on preaching a ten-point sermon titled How to Live a Lust-Free Life. J-Man, as church teens fondly call him, clicks on Firefox, and once it loads he opens an incognito window. Pastor Joe wants his study materials to be between him and God, and by using an incognito window, he leaves behind no trace of what websites he has visited. Pastor Joe navigates to youporn.com, telling himself, what better way to understand lust than “studying” the content of porn sites. As the tenth photo loads, Pastor Joe remembers he is wearing a Lust-Free Life Rubber Band®. He starts snapping the band repeatedly, thinking that the pain from having a rubber band snapped on his arm will cause him to turn from his computer screen. Alas, it does not. Soon, Pastor Joe is overwhelmed by what he has seen. I’m lusting, he cries, but no amount of self-awareness — or rubber bands — keeps Pastor Joe from masturbating. Soon orgasm brings release, and with release comes an overwhelming sense of religiously driven guilt. Oh Lord, I am so sorry for my sin. Please forgive me! Jesus, of course, forgives Pastor Joe, just as he has every other time. Or so we are told, anyway. Pastor Joe is forgiven by God because he says he is forgiven. In fact, every time Pastor Joe “sins” God forgives him. A weak, helpless man I am, says Pastor Joe. Deliver me from my lust, Jesus! What a miserable existence, but the fictional story I’ve told here happens countless times a day behind closed doors. And it will continue to happen until Evangelicals realize that their religion is the problem. Their belief system has turned them into pathetic weaklings who believe they have no control over their emotions or sexuality.

Evangelicals don’t need rubber bands. Does anyone really believe that snapping yourself with a rubber band is going to keep you from acting on your sexual desires? This is absurd. The only thing that controls your sexual desires is YOU. Not God, not Jesus, and certainly not a Lust-Free Life Rubber Band®. What’s required here is personal responsibility and accountability. Determine what is good and bad sexual behavior and act accordingly. The Bible, with its sexually repressive teachings, is not the answer, and neither are any of Weiss’s tips for living a lust-free life.