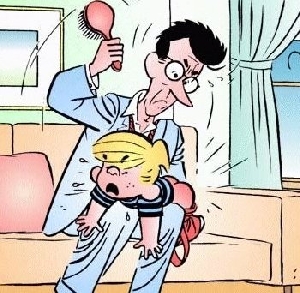 The Independent Fundamentalist Baptist (IFB) church movement is a collection of loosely affiliated independent churches.(See Let’s Go Camping: Understanding Independent Fundamentalist Baptist Camps.) There are thousands of such churches in the United States and many foreign countries. What exactly is an IFB church? you ask. While IFB churches and pastors have varied peripheral beliefs, foundationally IFB churches, colleges, evangelists, missionaries, and pastors believe:

I stands for Independent

The local, visible church is an independent body of believers who are not associated or affiliated with any denomination. The pastor answers only to God, and to a lesser degree the church. The church answers to no one but God. Most IFB churches oppose any form of government involvement or intrusion into its affairs (though, in recent years, thanks to their support of the culture war, some IFB preachers no longer believe in a strict separation of church and state). While some IFB churches have deacon boards or elders, almost all of them have a congregational form of government.

The independent church is fundamentalist in its doctrine and practice. IFB churches are social and theological fundamentalists. (See Are Evangelicals Fundamentalists?) Fundamentalists adhere to an external code of social conduct. (See An Independent Baptist Hate List and The Official Independent Baptist Rule Book.) Often this code of conduct is called “church standards.” The Bible — or should I say the pastor’s interpretation of the Bible — is the rule by which church members are expected to live. IFB churches spend a significant amount of time preaching and teaching about how God and his spokesman, the pastor, expect people to live.

IFB churches are also theological fundamentalists. They adhere to a certain and specific theological standard, a standard by which all other Christians and denominations are judged. Every IFB pastor and church believes things such as:

I am sure other doctrines that could be added to this list, but the list above is a concise statement of ALL things an IFB church and pastor must believe to be considered an IFB church.

B stands for Baptist

Other IFB churches and pastors believe that Baptist ecclesiology and theology are what the Bible clearly teaches. They grudgingly admit that other denominations “might” be Christian too, but they are quick to say why be a part of a bastardized form of Christianity when you can have the real deal?

What binds IFB churches together is their literalistic interpretation of the Protestant Bible, a book they believe is inspired, infallible, and inerrant. Thus, when it comes to training and raising children, IFB Christians look not to the “world,” but to the Bible. They are fond of saying, God said it, I believe it, and that settles it for me! IFB pastors have a  commitment to literalism and inerrancy that forces them to defend anything and everything the Bible says. In their minds, the Bible is God speaking to man. While humans wrote the Bible, they did so under the direction and inspiration of the Holy Spirit. It was human hands that wrote the words, but it was God who determined what those words would be. Thus, whatever the Bible says about marriage, children, and discipline is viewed as a direct order from God. There is one way and one way only to raise and train children, and that is God’s way. Want to see what happens when people ignore God’s instructions? Just look at the “world.” Look at how the unwashed, uncircumcised Philistines of the world raise their children, IFB preachers say. Want to keep your children on the straight and narrow? Want them to grow up fearing God and keeping his commandments? Practice and obey whatever the Bible says about training children!

So when I ask the question, Does the IFB Church Movement Promote Ritual Child Abuse? the short answer is yes. Their theological beliefs and interpretive practices demand parents ritually abuse their children. The Bible says:

It is clear from these verses, and others, that God commands parents to beat their children if they are rebellious or disobedient. To say otherwise is to disagree with God. 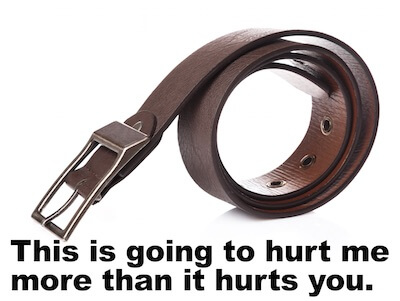 In the IFB church movement — which is complementarian and patriarchal — children are expected to obey their parents at all times. Why? So they “may live long on the earth” and be “well pleasing unto the Lord.” IFB parents genuinely love their children. This is why many parents either send their children to private Christian schools or homeschool them. They take their parental responsibilities seriously. Not only do they want their children to be saved, they also want them to grow up in the “nurture and admonition of the Lord” — serving the Christian God all the days of their lives. IFB parents believe God made the following promise to them: Train up a child in the way he should go: and when he is old, he will not depart from it. (Proverbs 22:6) The question, then, is what methods should be used by parents to ensure that their children will be Christians all the days of their lives? The aforementioned Bible verses tell them all they need to know about how to reach this goal.

IFB parents believe that their children are born sinners, little hellions who are at variance with God. According to the Bible, children, by nature, are rebellious. 1 Samuel 15:23a says, For rebellion is as the sin of witchcraft, and stubbornness is as iniquity and idolatry. The goal, then, is to drive rebellion and stubbornness from the hearts of their children. God says that the way to do this is with the rod of correction. Not time outs; not grounding; not taking their toys away; not any of the other unbiblical disciplinary methods used by the “world.” God commands parents to beat their children with a rod. No, I won’t use the word spank. When a parent picks up a dowel rod, belt, toilet fill tube, brush, paddle, switch, electric cord, or, as the Gerencser children “fondly” remember, John R. Rice’s book, Home: Courtship, Marriage and Children: A Bible Manual of 22 Chapters on the Christian Home, and hits his child with it, it’s a beating not a spanking. The goal of such physical violence is to drive rebellion and disobedience from the heart of the child.

Many IFB parents begin beating their children while they are still infants. Psalm 58:3 says, The wicked are estranged from the womb: they go astray as soon as they be born, speaking lies. Infants are at odds with God from birth. They are liars. Just because they cry doesn’t mean they need tending to. If they are fed and dry, then their cries are viewed as the infant’s way of demanding his or her own way. This kind of thinking carries right on through the teenage years. Children want their own way, and parents have a God-given duty to beat their children into submission — just as God does with rebellious Christian adults. The goal is to break the child’s will. A willful child will not obey his parents or God, so it is crucial that parents thrash their children every time they rebel against the commands of God or disobey their parents.

These practices are, without a doubt, child abuse. Of course, IFB parents don’t see themselves as child abusers. How can it be abusive to follow the teachings of the Bible? they ask. Pastors will point not only to the Bible as justification for ritual child abuse, they will also point to history, saying that back in the days when America was great parents weren’t afraid to beat their children. These preachers point to the decline of Western Civilization and say that one of the reasons for the decline is a lack of rigorous, through discipline of children.

I am almost sixty-one years old. I came of age in the IFB church. My parents, thankfully, did not beat me, but I knew countless children who were methodically beaten by their parents virtually every time they disobeyed their parents or failed to measure up to a certain standard. One dear friend of mine — a pastor’s son — was mercilessly whipped by his father if his grades weren’t up to expectations. I witnessed one of these beatings (my friend was in eighth grade at the time). It was violently brutal, yet the punisher believed he was doing what was best for his son. My friend’s grades, by the way, never improved.

I am sure someone is going to ask if I beat my own children and if I considered this discipline to be child abuse. Yep, the violent beatings my three oldest sons received were, in every way, without exception, ritual child abuse. I have apologized to them numerous times for how I disciplined them. They know, of course, that I did so because I thought that’s what God and the Bible required of me. They also know that I beat them out of some warped sense of “love.” The good news is that my three younger children were spared the rod. I came to see, while they were still young, that beating them, regardless of the reason, was child abuse. Unfortunately, I must bear the burden of my actions, not only as a parent, but as a pastor. I taught countless church members that it was their solemn duty to use the rod of correction on the back sides of their rebellious children. All I can do, at this point, is honestly write about my past life, including how I ritually abused my three older boys.

Were you raised in an IFB family? How were you disciplined? What did your pastor and church teach about training children?  Please share your thoughts in the comment section.