Bruce, I Bet You Don’t Have Peace 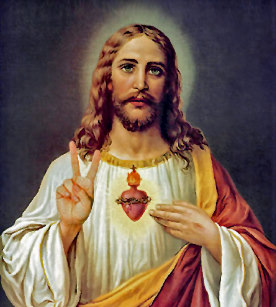 Earlier this year, I received the following email (all spelling and grammar in the original):

So, when you were a Christian, did you have a relationship with the Lord? And if you did, did you not study the bible, asking Him how you should apply what is written into your life? Did you not realize all the he said, she said of different Christian religions is all man made, laws and rituals(earthly confusion I think making others/us separated from God ) and not to be our basis for judging one another, because that is God’s job anyways.

I was raised catholic. I married a divorced Lutheran, and my scales were slowly being removed, as my mother in law told me, you know there will be others besides catholics in heaven. ..that rocked my world. . Fast forward 25 years of living in Houston Texas and many different Christian churches, all having nuances that makes them their label, but the church began when Jesus started preaching? Or died? I don’t really know, but does that affect my salvation?

I believe no one shall come to the Father except through the Son. So, how did you break off your relationship with Our Lord? You know, He’s never let go of you and there’s nothing you can do to separate His love for you. I’m glad I don’t have it all figured out, because I bet you don’t have peace if you’re still lost in this stuff you’re trying to hold onto. Pride is a sneaky thing. But God loves His perfectly imperfect children.

Oh where, oh where do I begin. Let’s start (and end) with the statement, I bet you don’t have peace.

And the peace of God, which passeth all understanding, shall keep your hearts and minds through Christ Jesus.

Maybe that’s the problem. Evangelicals can’t define peace because it passes all understanding. If peace passes all understanding, how, then, can the letter writer know whether I have it? What in my life and writing suggests that I don’t have peace? Because I yell at the television when the Cincinnati Reds are losing, and I do the same when the Cincinnati Bengals inexplicably throw away yet another game? What, exactly, is this peace I don’t have?

According to the Sage English Dictionary and Thesaurus, my go-to dictionary, peace is the absence of mental stress or anxiety; harmonious relations; freedom from disputes. Perhaps peace is what Paul meant in Philippians 4:11:

Not that I speak in respect of want: for I have learned, in whatsoever state I am, therewith to be content.

Evangelicals believe Isaiah 9:6 is a prophetic passage of Scripture about Jesus:

For unto us a child is born, unto us a son is given: and the government shall be upon his shoulder: and his name shall be called Wonderful, Counsellor, The mighty God, The everlasting Father, The Prince of Peace.

According to Evangelicals, Jesus is the Prince of Peace.  The angels of God came to the shepherds who were in the fields with their flocks and said of the birth of Jesus:

Glory to God in the highest, and on earth peace, good will toward men.

Jesus supposedly brought to earth peace and goodwill to all men. Yet, Jesus said in Matthew 10:34-36 that he did not come to earth to bring peace:

And let the Bible gymnastics begin.

In Galatians 5:22-25, the Bible lists peace as one of the fruits of the Spirit:

But the fruit of the Spirit is love, joy, peace, longsuffering, gentleness, goodness, faith, meekness, temperance: against such there is no law. And they that are Christ’s have crucified the flesh with the affections and lusts. If we live in the Spirit, let us also walk in the Spirit.

The fruit of the Spirit is — present tense. Christians are to demonstrate love, joy, PEACE, longsuffering, gentleness, goodness, faith, meekness, and temperance in their lives. How many Christians do you know who manifest these things in their lives? Think of all your Christian Facebook friends. Do you associate them with the word peace? Remember, the fruit of the Spirit is the standard by which Christians are judged. How many Christians do you know who exude peace? The next time Donald Trump has a narcissistic pep rally, watch how attendees behave, and remember most of them claim to be followers of Jesus. The next time you read a story about Mexican or Latin American children being ripped away from their parents and housed in cages, just remember the people behind these actions profess to love Jesus. The next time the KKK or some other alt-right group holds a rally, just remember – these racists all believe that Jesus is their Lord and Savior. Watch as sects and pastors engage in internecine warfare. Watch their attacks on fellow Christians and atheists alike. Listen to all the hateful, nasty, violent rhetoric, and just remember that these people say that they are followers of Jesus Christ, the Lord of Lords, King of Kings, and the almighty, wonderful Prince of Peace.

To the letter writer I ask: where can I see this peace you talk about? I am sure it exists somewhere, but from my vantage point all I see is churches and pastors fighting over who has the “truth” and who is the authoritative earthly spokesman for God. Pope Francis recently said that capital punishment — without exception — is immoral, yet some American Catholic politicians rejected the Pontiff’s order and said they had a duty to kill convicted criminals. Where’s this peace the letter writer talks about? There’s nothing peaceful about revenge killing, and that’s exactly what state-sponsored murder is.

Who are the primary supporters of the endless war on terror and the torture of enemy combatants? Who are the primary supporters of drone warfare, a violent, frightening way of raining death and destruction on solders and innocent civilians alike. Many of the loudest voices supporting the military-industrial complex belong to Evangelical Christians and members of other conservative sects. Where, oh where, is the peace that passeth all understanding?

To the letter writer I say this: perhaps your cause would be better served by getting your fellow believers to practice what they preach. You speak of peace, yet I don’t see it. In the Sermon on the Mount, Jesus told the people gathered to hear him what was required of them to be his follower. In Matthew 5:9, Jesus said, Blessed are the peacemakers: for they shall be called the children of God. Blessed are the peacemakers. Not blessed are those who think peace is a good idea, but blessed are those who work towards making our world a peaceful place. (I’ll leave it to Christians to square what Jesus says here with what he said in Matthew 10:34-36. Good luck with that.)

I strive to be a peacemaker, first by being at peace with self, and then being at peace with my family, friends, and community. I am sure I fail at this almost every day, but I do strive to be a peaceful man. And on the global plain, as a humanist and Democratic Socialist, I work towards the cessation of war and violence. Many American Christians believe that the way to bring peace to the world is to use the U.S. military, NSA, and CIA to violently beat other nations into submission. Peace, then, is whatever the U.S. government says it us. We are the most violent and bloody nation on the face of the earth — read The Dominion of War by Fred Anderson and Andrew Clayton — yet we think the United States can bring about world peace. Until the U.S. is ready and willing to denuclearize, close up its military bases in Africa, Asia, and Europe, and stop being the world’s policeman, there will be no peace.

To the letter writer I say this: I am at peace with myself, my spouse, my family, and my neighbors. I am not an angry man, nor do I bear grudges. I do my best to practice what Paul said in Romans 12:18:

If it be possible, as much as lieth in you, live peaceably with all men.

Not only do I strive to live peaceably with all men, as a humanist I do what I can to promote world peace. The Abrahamic religions have done little to bring about an end to violence, suffering, and death. Just look at the ongoing wars in the Middle East. George W. Bush was right when he called the war on terror a crusade. Now in its seventeenth year, the religious wars between Christians/Jews and Muslims, Jews and Muslims, and Sunni Muslims and Shia Muslims continue unabated. Hundreds of thousands of people have died, millions of people have lost their homes, over a trillion dollars have been spent, and entire cities have been reduced to rubble. All praise be to God, Allah, and Jesus, right?

The letter writer thinks that I don’t have peace. He is wrong. I hope this post will cause him to think about the word peace, what it means, whether Christianity is truly a religion of peace, and whether I am the one who lacks “peace” in his life.