On the Art of Deluding Ourselves by Paul Sunstone 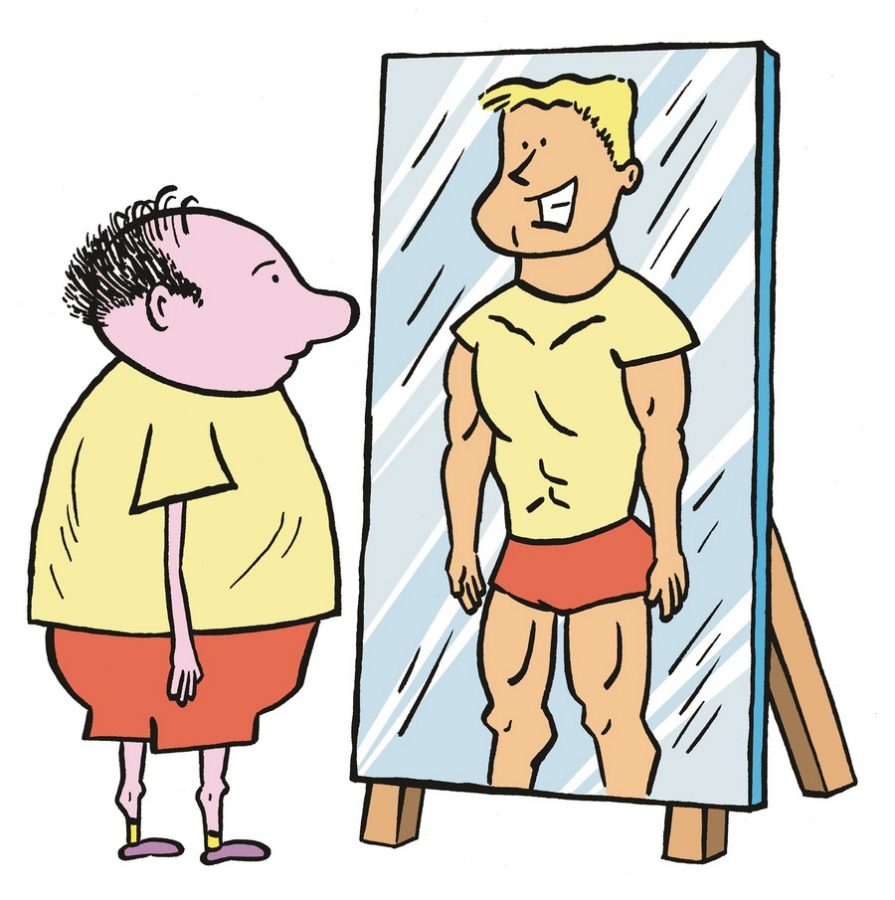 Paul Sunstone blogs at Café Philos: an internet café. We have been friends for many years.

Now, I would like to say the experience taught me a lesson, and I would never again make the same mistake.

Unfortunately, I am 52 years old — which is old enough to know I have at times in life repeated a mistake, even a grievous one.  There is no absolute guarantee, then, I would not do the same thing again.

It is not always easy to be mindful of how foolish one can be.  But to think we cannot be fools is — in my experience at least — simply a delusion.

Of course, to be deluded is one of the few things in life nearly everyone can excel at, no matter how little talent they have for anything else.  It seems delusions are not only easy to achieve, but that they are all but mandatory for our clever species of chimpanzee.  In fact, I don’t think one needs to be a cynic to acknowledge that we as a species are typically delusional through-out our lives and to one extent or another.

Thus, I am not optimistic I can live my life free of delusions.  I do believe, however, that I — or anyone else — can do somethings to improve the situation, and I’d like to talk about two of those things here.

The first thing we might do to improve the situation rests on the simple observation that everyone else’s delusions are typically more transparent to us than our own.  For instance:  It is quite easy for me to see how poorly reasoned are the various arguments against the Theory of Evolution because I myself don’t share in the delusion the Theory is false.  But it is far and away more difficult for me to see how dangerous to political freedom and civil liberties in this country are some of the policies adopted by President Obama because I strongly wish to believe he will set right all that has been set wrong in the past.  Of course, in this case I’m doing well to suspect I’m deluded about President Obama — for the most part, I have no inkling at all of my delusions.  Yet, my delusions might be quite transparent to someone else.

Since everyone else’s delusions are typically more transparent to us than our own, it follows that other people might help us get a handle on our own delusions.  The operative word there is “might”.  It is not always true they can or will.

Let’s turn now to another thing we can do to help us deal with the challenge of being a species prone to delusions.  Like the first thing I mentioned, this second thing also rests on a simple observation:  That is, we are very much inclined to delude ourselves whenever we fail to accept ourselves as we are.  Thus, to lessen our chances of self-delusion, it is ideal to as much as possible accept ourselves just as we are, without judgment — i.e. without condemnation or praise.

Perhaps it is intuitive that self-condemnation represents a rejection of ourselves — rather than an acceptance — but how does self-praise interfere with our accepting ourselves as we are?  I know from experience that self-praise does in fact interfere with accepting ourselves, but I have only a theory as to how it does that.  Praise, of course, is a form of judgment, and judgments are comparative.  When you judge something, you are comparing it to something.  So when we praise ourselves we are, on some level, comparing ourselves to something else and in effect saying that other thing is the more valuable.  I don’t know whether or not that’s really how it works — I only know from observation that self-praise is not self-acceptance.

After pointing out a couple minor ways in which we might manage our delusions, it might be worthwhile to briefly mention that societies can be seen as vast conspiracies to prop up various delusions.  I’m only half-joking here.  Of course it is easier to see how a society might be thought of as a bunch of people engaged in a conspiracy to delude themselves when you are looking at someone else’s society besides your own.  And it is easier to see how your own society might be thought of that way when you are not busy judging it.   My purpose, though, in half-jokingly calling societies “vast conspiracies” is to point out that our species is not only prone to delusions, but that most of us are now and then engaged in helping each other maintain our delusions.  At least some of our delusions.

Just consider for a moment the tremendous money, talent and energy that is each day put into perpetuating the Western myth that for each person in this world there is one — and only one — other person who is a perfect mate, a soul mate.  So far as I can see, that notion is delusional.  Yet, it’s among the most popular notions of our time and the resources spent on perpetuating it are nearly astronomical.

Now, against that backdrop, consider some of the challenges we face in trying to manage our delusions.  I have pointed out two minor ways that might help manage them, but even if someone were to assiduously practice both of those ways, they would still be swimming in a social sea of delusions.  So far as I can see, societies have always been, and always will be, something akin to vast conspiracies to prop up various delusions.  Perhaps it is impossible, then, for an individual to live a relatively realistic life without to some extent being alienated from his or her society.

Human nature is prone to delusion.  It seems almost all of us excel in the art of deluding ourselves. Perhaps most of our delusions are comparatively harmless.  Now and then, though, some delusions might lead us to make unwise choices.  It is probably for the best then that we are mindful of our capacity to be deluded and do what we can to be realistic.

— Paul Sunstone, Café Philos: an internet café, On the Art of Deluding Ourselves, August 2, 2018