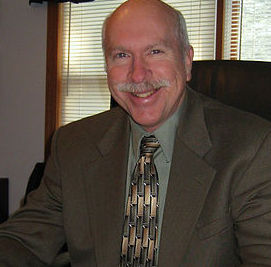 My friends at The Wartburg Watch have written several posts about Evangelical Pastor John Longaker’s sordid past; his conviction and prison sentence for having an illicit sexual relationship with a minor girl, Kelly Haines, while he was a teacher at Faith Baptist Academy in Sellersville, Pennsylvania. You can read the original 1997 news report here.  Today, Longaker is pastor of Fellowship Bible Church in Bomoseen, Vermont.

The Wartburg Watch contacted Longaker, informing him that they intended to publish a story about his past.  WW provided a summary of their conversation with Longaker:

He claimed that he was innocent of the charges. His lawyer told him to pled guilty so that he would get *only probation.* He appeared to say that his lawyer is to blame for his prison term.

At first, he was friendly as he attempted to convince me he was innocent. He became progressively upset when I questioned his version of events.

He claimed that he and his wife are the real victims, saying that they have suffered every day since the trial. “Not a day doesn’t go by that I don’t think about this.”

He attempted to convince me that Kelly was out for revenge and that he was glad when she was arrested for a *false report.* I asked him if he understood the trauma Kelly suffered at his hands and how that might have caused her to think she was seeing him around her town. He did not answer my question.

He claimed that he was going to make a statement to his church on 10/7/18. I asked him if he would share a copy of that statement and he said he would send it to me. I offered to post it in its entirety. It was no surprise to me that I never received the statement.

I told him that I would be writing about Kelly’s story and would use his name. He wanted me to be sure to mention that he was innocent.

When I asked why he was convicted if he was innocent, he claimed that the DA had it out for teachers in Christian schools.

He claimed that his church members asked him 3 times to be the pastor so he believed that this is what God wanted. I’m a bit unclear as to whether he actually told the church of his incarceration a priori. They know now due to Kelly’s diligence. If he did say something,  I’m sure he declared his innocence and that he merely pled guilty so he wouldn’t go to prison like his lawyer promised… Apparently one woman told Kelly that he went to prison to prevent going through the trauma of the trial.

Here is the most interesting (at least to me) part of our conversation. He asked me if I believed in redemption. At this point, I smiled. I knew the direction that he was going in and I also knew that he didn’t understand how this part of the conversation would lead me to conclusively believe in his guilt.

I told him that, of course, I believe in redemption since I’m a Christian. However, redemption, after appropriate repentance, doesn’t mean that a person should be restored to the pastorate. It simply means he is now restored to being a member in good standing of the church. I reiterated that I do not believe that any pastor or teacher, etc. who abuses a student or has an affair with a member of the church should ever be allowed to be a pastor. He disagreed with me.

I explained that teachers who are now convicted of sexual activity with students go to prison and lose their licenses permanently. Did he feel that churches should have lower standards than public schools? Again, he offered no response to my question.

At this point, he brought up how the apostle Paul was forgiven and went on to be a church leader. This is one of the silliest and most common *gotcha* proof texts that I hear frequently. Do people actually read their Bibles? I told him that Paul persecuted Christians BEFORE he became a Christian and that had he continued that activity after his conversion he would have been booted out!

He claimed that there was nothing in the Bible that proved he could not be a pastor. I, of course, referred him to 1 Timothy 3 which proves my point. He disagreed.

Here is a trustworthy saying: Whoever aspires to be an overseer desires a noble task. Now the overseer is to be above reproach, faithful to his wife, temperate, self-controlled, respectable, hospitable, able to teach, not given to drunkenness, not violent but gentle, not quarrelsome, not a lover of money. He must manage his own family well and see that his children obey him, and he must do so in a manner worthy of full[a] respect. (If anyone does not know how to manage his own family, how can he take care of God’s church?)  He must not be a recent convert, or he may become conceited and fall under the same judgment as the devil. He must also have a good reputation with outsiders, so that he will not fall into disgrace and into the devil’s trap. (NIV)

However, I believe that he made a serious mistake in this discussion. If Longaker didn’t need redemption, why did he ask me if I believed in redemption? Why did he bring up the sins of Paul if he was totally innocent. If I was accused of a crime that I didn’t commit, I would absolutely refuse to discuss a need for redemption. I am now of the opinion that his discussion with me revealed that, deep down, he feels the need for forgiveness for his actions with Kelly. I fully believe that this man is guilty and should not step one foot in the pulpit.

Since, posting the original story, WW has been contacted by two other women who allege that Pastor Longaker sexually took advantage of them.

Articles published by The Wartburg Watch on this subject include:

John Longaker, a Convicted Predator, Is Now a Pastor and His Brave Victim, Kelly Haines, Wants to Know Why

An Email from a Convicted Predator: Pastor John Longaker and a Challenge for TWW Readers

Today, WW posted an email Pastor Longaker sent them. Here’s the text of the email:

I have been doing a lot of thinking and praying about our conversation yesterday. I don’t know your blog at all so I am having a hard time understanding the purpose of your article on me. If you are writing it because you feel that you need to warn people about me then I guess you need to know this: I am pastor of an autonomous non-denominational church of between 80 and 90 attendees.

Since this is not the first time that Kelly has tried to destroy me by contacting different people in my church, there are many people who are aware of my past and have accepted me. They are aware of the charges and they are aware that I pled guilty. I have offered to resign on three separate occasions and my offer was rejected. So, if you want to expose me then after Sunday they all will know in my church anyway.

One of the members who knows was a woman who was sexually abused as a child. Another who knows was raped twice as a young woman. They both love me and trust me. I believe that I have helped both of them very much. One I was able to aid in counselling her out of her bulimia and suicide attempts. She continues to make significant progress.

I understand and respect your view on whether I should be a pastor or not. I talked to my wife about our conversation (incidentally we have been married for 31 years.) She knew Kelly very well.And has stood by me through all of this because she believes that her accusations weren’t true either. She wanted me to tell you again that Kelly was troubled before I ever began counseling her. (Maybe troubled by other sexual encounters?) She said that it’s ultimately up to the church to decide whether I should be their pastor or not and just because you don’t agree with that, does it give you the license to mention me by name? Needless, to say she was very upset that we have to continually live through this nightmare.

One final thought, if after Sunday the church wants to keep me, don’t you think the fact that my name will be on the internet again will damage the church going forward? If they choose not to keep me then your objective will have been met without writing the article. Our church is a loving, growing compassionate church. This blog can only hurt, not help. If your motive is to help, this is not the way to do it.

Even if I did the horrible things that Kelly said I did, I have been forgiven. I served a sentence that was outside the sentencing guidelines. It is not like this has been hidden. I served a public sentence, paid the price, and tried to put the past behind me. I believe that this has made me a better pastor. I have spent 20 years rebuilding my life and my reputation.

I truly appreciate you reaching out to me. Forgive me for using you as a sounding board but I have 20 years of humiliation and frustration pent up. For my own emotional health, I finally had to say something to someone outside of the church. My fear is that my denial of the accusations is just going to stir up the #metoo people all the more. I am already getting emails and phone calls from strangers.

Incidentally, I feel that her tweet was very unfair in addition to being untrue.

Regular readers of the Black Collar Crime series will easily spot the money quote in Longaker’s email: Even if I did the horrible things that Kelly said I did, I have been forgiven.

Even if he did it, Jesus has forgiven him! All praise be to the Lord, right?

It will be interesting to see if Longaker continues as pastor of Fellowship Bible Church.