Quote of the Day: Breaking Out of Our Religious Restraints 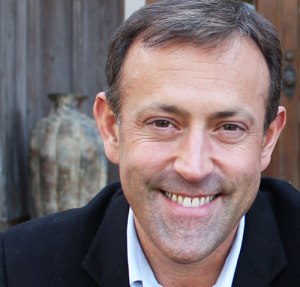 Once we break out of our [religious] restraints, we begin to discover our own capabilities. It turns out we each have our own modest little superpowers, only we’ve not had the opportunity or the freedom to exercise them. Once we acquire those, we soon come to know sides of ourselves we never knew before…and so does everybody else.

That’s a good thing, right? Well, that depends on whom you ask.

The kind of Christianity I came from taught that you’re supposed to “surrender” your greatest strengths and abilities to God. What they meant by that was always a little fuzzy, but the gist of it was that the Almighty likes to get the credit for the things you can do, and he doesn’t like to share it. There was always the danger that you would be “too good” at what you do, or “too strong,” and the God of the Bible prefers weakness over strength.

The very first story in the Bible presents us with a God who didn’t want his creatures to know too much. He wanted their capabilities to remain limited so that they would remain more dependent on him, I suppose. As time goes on, we see in the text that it is the “bad guys” who made all the technological advances while those who “called upon the name of the Lord” remained comparatively primitive.

At one point in that ongoing saga, humanity built a tall building and God got really miffed about that. The Bible explicitly says that it was humanity’s growing capabilities that upset the ancient deity, and he stepped in to thwart their progress and shut that down immediately.

This theme runs like a thread through the entire biblical narrative. In one place the Bible says God reduced the size of Israel’s army from 30,000 to 300 just to ensure that no one else could get the credit for their victory. John the Baptist struck the same note when he announced the inauguration of Jesus, saying that “he must increase, but I must decrease.” And the apostle Paul perhaps more than anyone else stressed over and over again that “[God’s] power is made perfect in weakness.”

It’s no wonder evangelicals like me developed a complex about giving ourselves credit for anything we do. We were programmed from birth to repel compliments the way that Teflon repels grease. Thinking less of yourself is central to the Christian faith. Without that, you don’t need a savior at all, and that would cause the whole religious edifice to collapse.

Imagine if doctors fitted all children with leg braces no matter what their condition. Imagine if medical school taught them that all children have crooked backs requiring corrective restraints. That’s kind of like the Christian faith. Everybody’s born broken and, left to their own devices, they will turn out wrong. Good thing we have the church there to tell us how to think and how to live, right?

— Neil Carter, Godless in Dixie, Outgrowing Our Religion: Are We Ready?, November 18, 2018