Sexual Abuse and the Catholic Church: Eternally Shielded in Rome 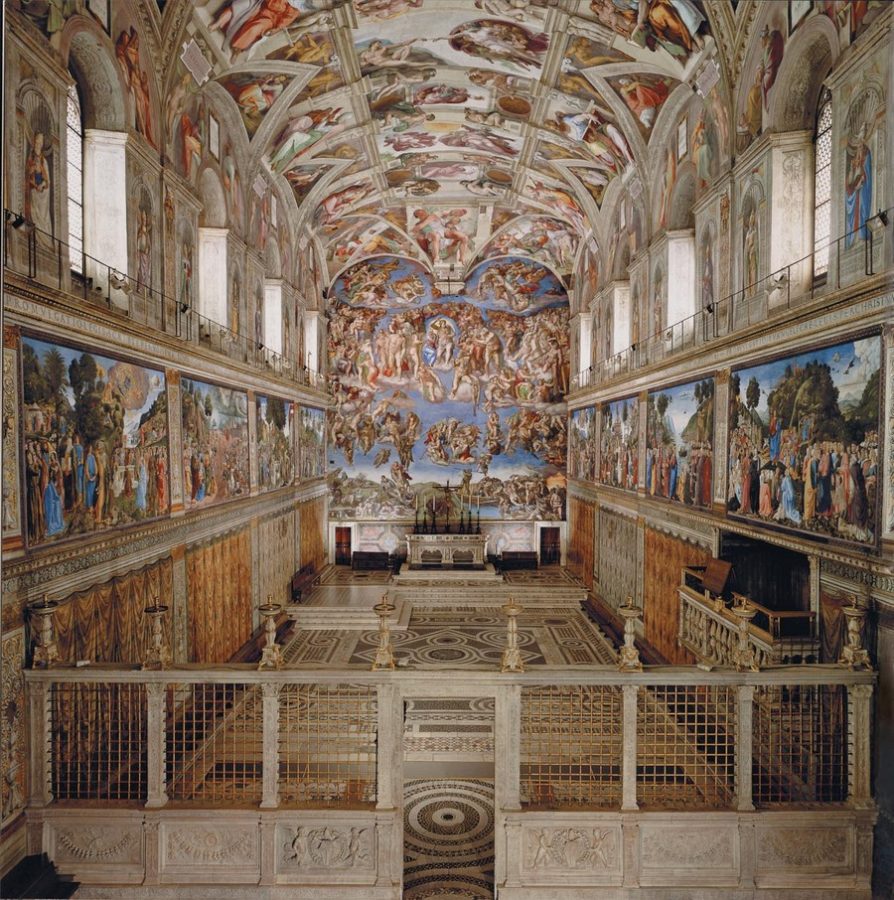 Well, I confound both expectations. I have been to France several times, and lived there. Yes, there are rude and arrogant French people, particularly in Paris. But I live in New York, so I am rarely put off by other people’s attitudes. And I have encountered many French people who are helpful and generous, including some who have become friends.

Moreover, as someone who loves history, the arts and bicycling, there seems to be no end to what France can offer. Oh, and they sure know how to do food!

Of course, I can say the same for Italy. Now, I will grant that, on the whole, Italians are, if not warmer, then at least more emotionally demonstrative than the French are. I’ve met some who are generous and truly wonderful in all sorts of ways. Oh, and dare I say this? I prefer Italian coffee.

Still, on my most recent trip to Italy — the summer before last — I didn’t enjoy myself, at least for part of it. In fact, I was depressed enough that I didn’t even want to taste gelato.

You might have guessed that part of my trip was in Rome. Don’t get me wrong: I was happy to see the Forum and Coliseum, and to wander through ancient streets on foot and by bicycle. But, even in the seemingly endless sunshine of Roman summer days, I felt as if were enveloped in a gray rain.

At first, I thought I was just feeling guilt over leaving Chairman Meow, my aging cat whose health took a turn for the worse after I booked the trip. I called my friend, who was taking care of him. She assured me that he was okay, and I had no reason not to believe her: She rescued him and nursed him to health before I adopted him.

Still, I could not shake the gloom that gripped me. That I couldn’t fathom any reason for it made it all the worse.

It finally made sense when, as you might have guessed, I visited the Vatican. It’s one of those things you’re “supposed” to do in Rome; mainly, I wanted to see the Sistine Chapel again. I did, but even seeing one of the greatest accomplishments of one of my artistic heroes couldn’t lift my spirits.

I felt as if I were being crushed, and it wasn’t because of the crowds of tourists that surrounded me. And it wasn’t just the stifling heat and lack of space that made it difficult to breathe. Rather, I felt more like I was stuck in a vise-like pair of giant scissors. I just wanted to get out. The last thing I wanted was to get sick in that place: I might’ve gotten the best medical care available, but I felt as if I would never get out of the grip of the pincers I felt around me.

Later, I realized that those levers I felt at my sides; the crush I felt against my chest, were human legs and another human chest. Except that, even in that crowd, no one was that close to me: I would not allow it. In fact, I also wanted to get out of there because I did not want to end up in the hands of the Carabinieri if I kicked or punched — or in an asylum, in a foreign land, if I screamed.

What I realized, later that night, was that for the first time in years, I was re-living the sexual molestation and abused I suffered, as a child, from a parish priest. And, although I didn’t verbalize it, I understood that I was in the world headquarters, if you will, of the very organization that enabled my abuser. Even so, I would never get to say anything to the old men—priests—who run the organization, any more than I would have the opportunity to confront my long-dead abuser.

I also understood why I visited the Basilica of Santa Maria Maggiore — one of the major Papal basilicas and the largest Marian church in Rome — just once, even though it stood less than a block from the hotel where I stayed. Although I was awed by the mosaics as well as the other artwork — It was fabulous, even in comparison to other artistic and historical treasures of a city so full of them! — I couldn’t wait to get out of it and away from the piazza that rings it.

At that moment, the enormity of the place, and its close association with the Papacy, was enough to make me want to scream. But the following night, I was looking for something else on the internet when I came across an article about the basilica — or, more specifically, the cardinal who was its archpriest from 2004 until 2011.

He was none other than Bernard Francis Law. Although he wasn’t involved in the diocese in which I grew up, I couldn’t see him as anything but someone who covered for priests like the one who abused me.

After he resigned as Archbishop of Boston, Law moved to Rome. Shortly thereafter, Pope John Paul II appointed him to his post at Santa Maria Maggiore. This move made Law a citizen of Vatican City and, thus, immune to prosecution by US authorities.

When I looked at the domes of Santa Maria Maggiore again, all I could see were golden parachutes. That there were beggars around the church didn’t surprise me; I could only wonder how many other functioning but broken people — people broken by the priests shielded by Law and others like him — shuffled past the church on Esquiline Hill every day. For a few days, I was one of them.

The rest of my trip to Italy — which I spent in Florence — was better. But I needed to get home: I had much work to do. And, I confess, when people asked whether I had a good time in Italy, I nodded and mouthed the usual platitudes about the food and culture and history.

P.S. I am of (mostly) Italian ancestry.