Who’s to Blame For the Tragic Death of IFB Missionary Charles Wesco? 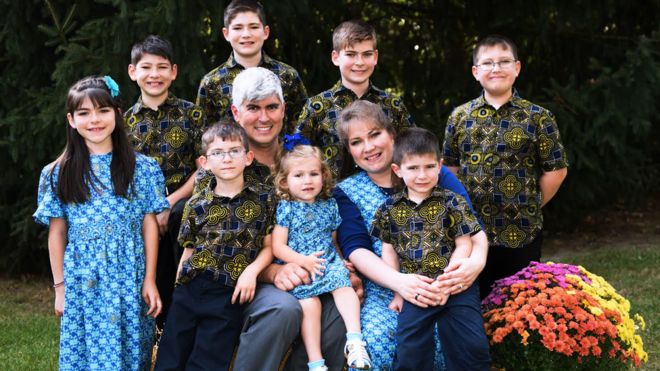 Two weeks ago, Charles and Stephanie Wesco, ages 44 and 33 respectively, along with their eight children, ages 2 to 13, traveled from Indiana to Cameroon to evangelize the lost. Today, Charles is dead, thanks to a bullet wound to the head after being caught in crossfire between government soldiers and armed separatists. (Stephanie and her oldest daughter were in the car with her husband, but luckily escaped injury.) I can only imagine the heartache Stephanie and her family must be experiencing. That said, in the hope of warding off anyone else needlessly dying for Jesus, there are a few things that need to be said. I realize I will be accused of being insensitive, but after numerous stories in recent years of Evangelical missionaries being killed, kidnapped, and arrested, I think it is time for someone to suggest that maybe, just maybe missionaries need to rethink their “calling.”

The Wescos are Independent Fundamentalist Baptist (IFB) missionaries. Stephanie is the daughter of Don Williams, pastor of Believers Baptist Church in Warsaw, Indiana. Don Williams is a graduate of Hyles-Anderson College. He is the son of Ronald Williams, pastor emeritus of Believers Baptist and the founder and director of Hephzibah House — a girls boarding school. Hephzibah House is notorious for its abusive discipline and has been investigated several times by the state of Indiana (see video below). Charles’ brother is Indiana state representative Tim Wesco.

As IFB missionaries, the Wescos spent two years traveling from church to church (deputation) begging for support. Once they raised sufficient support, they made their way to Cameroon so they could win souls for Christ and establish IFB churches. You can check out their website here. The Wescos believed that God has called them to go to Cameroon to preach the gospel. I have no doubt they were excited once they raised sufficient money to begin their evangelistic work. I suspect they planned to win countless Cameroonians to Christ and establish numerous Fundamentalist Baptist congregations. Yet, two weeks into their endeavor, Charles is dead, Stephanie has lost her husband, and eight children no longer have a father.

Charles is being called a martyr for Christ, a man of faith who was willing to put his life on the line for the Cameroonian people. Others are praying that their God will use his death to bring many Cameroonians to Christ. And then there are those who are trying to make sense of the senseless, trying to understand WHY God would have the Wesco family go through the rigors of deputation and the pain of leaving their family and church behind, only to have Charles gunned down, Stephanie made a widow, and their children left without a father. I suspect people will be told to not dwell on the WHY, and to, instead, trust in the loving, faithful, enduring providential care of God. Their pastors will remind them that God knows what’s best and all they can do is ask for God’s name to be glorified through Bro. Charles’ death. They mustn’t dwell on WHY because that might call God’s purpose and plan into question; it might cause Christians to wonder if there really is a God in Heaven who loves and cares for them; it might cause them to question God; yea it might even cause them to doubt his very existence. Of course, those of us who are former Evangelicals know firsthand about asking WHY and not finding a satisfactory answer. For many of us, realizing that, at the very least, God was indifferent towards us or unconcerned with our loss and pain was our first step towards unbelief. I have no doubt that there will be Christians who will face real crises of faith over Charles Wesco’s senseless death, and perhaps some of them might even question God’s very existence. To that I say, good. Better to learn that trusting God to care for you and keep you out of harm’s way is delusional than to see anyone else get it in their head that God talks to them and wants them to pack up their family and go to a hostile foreign land to evangelize sinners.

The root blame rests, of course, on the person(s) who murdered Charles Wesco. But, culpability also rests with the IFB church movement and its doctrines, Believers Baptist Church, Pastor Don Williams, Pastor Emeritus Ronald Williams, and the Wescos themselves. It is IFB preachers and churches that tell congregants that the entire world is divided into two classes of people: saved and lost; that God has commanded them to go into all the world and preach the gospel to every creature; that American Fundamentalists are duty-bound, if led by God, to carry the gospel to foreign lands. Cameroon is 70 percent Christian, yet the Wescos thought there was a “need” to take the gospel to Cameroonians. Why? Well, 40 percent of those Christians are Catholic, and in the IFB world, Catholic is just another word for LOST. Thirty percent of Christians are Protestants, and in the IFB world Protestant is also just another word for LOST. In the minds of the leaders and congregants of Believers Baptist and the Wescos, what Cameroon needed was Jesus-loving, sin-hating, King James-Only Independent Fundamentalist Baptist churches.

I realize that my words may come off as those of a heartless atheist, but I hope that my speaking the truth will cause others who are interested in evangelizing the lost in foreign countries to reconsider their ambitions. Granted, my words are no match for God’s, but surely there’s room for reason in the discussion. Surely, there’s a place for common sense. If Charles Wesco wanted to go to Cameroon and put his life on the line so he could expand his cult’s reach, well that’s on him. But, he, as the head of his home, took his wife and eight young children into harm’s way. It could just as easily have been his wife or one or more of his children killed in the crossfire. It is fair for thoughtful people to question whether taking children into the midst of a brewing civil war is reasonable. I know I would never put my wife, children, or grandchildren at risk of being hurt or killed. As a husband, parent, and grandparent, I have a duty to love, care, and protect those I love. My booking a family vacation in Cameroon would be considered by most people to be dangerous, careless, and irresponsible. But for people who are immersed in the teachings of the IFB church movement, if God is leading the way, no risk or danger is too great. And when things take a tragic turn, as in the case of Charles Wesco? Few will question God, Believers Baptist and its pastors, or the parents of the Wescos as to their culpability in Charles’ death. Cameroonian soldiers and insurgents will be blamed, end of story.

Here’s what I know for sure. Remove IFB beliefs from the equation and it is likely that Charles Wesco would be sitting at home tonight with his wife and children. It is IFB beliefs that put Charles in the line of fire, regardless of his sincere intentions. Had it not been for his cult’s beliefs about divine calling, missions, and evangelization, Charles never would have packed up his wife and children and traveled more than 6,000 miles to a country torn by political strife and violence.

I lament the fact that Stephanie Wesco has lost her husband and her children have lost their father. No one should have to go through the pain they are going through. But, perhaps this tragic story will cause other IFB missionaries-in-training or on deputation to ponder whether they are really ready to sacrifice their lives or the lives of their families for Jesus. At the very least, I hope this story will end the practice of sending families to the mission field; that missionary work will be restricted to single men, much as the Mormons do or the Apostle Paul did 2,000 years ago.

I know my words will be misunderstood and I will be pilloried in IFB circles, but I felt it my duty to say what other want to say but won’t.