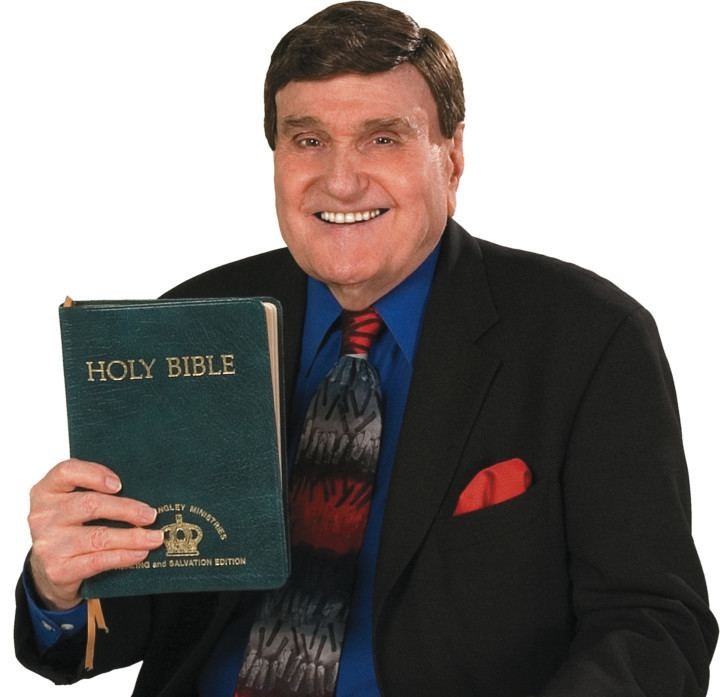 Ernest Angley, pastor of Grace Cathedral in Cuyahoga Falls, Ohio stands accused of having coercive sexual relations with men, including church employees. According to an old recorded conversation, Angley’s confesses to having sex with an unnamed man. You can listen to it here. It’s six minutes long. Please take the time to listen to the recording. It provides real insight into how some Evangelical pastors and churches operate. It’s disgusting, to say the least.

The person who provided the tape did so for a promise of anonymity. That person felt called to action after reading about an exchange of lawsuits between Angley and another former Grace Cathedral pastor, the Rev. Brock Miller. Miller sued Angley in August, claiming that sexual abuse Angley inflicted upon him has caused permanent damage. Angley has countersued for defamation.

The source believed releasing the tape would show that Angley, who has preached vehemently against the “sin” of homosexuality, has a history of sexual abuse involving his employees.

The assistant minister on the tape is the Rev. Bill Davis, who left the church after learning about Angley’s activities. Although Davis made the original recording, he did not provide the tape and had absolutely nothing to do with initiating this story. In fact, he only reluctantly agreed to talk about the tape after praying about the decision and consulting his wife and his attorneys.

The existence of the recording had been rumored for decades and is often cited by former members as the reason Grace Cathedral suffered a significant drop in membership in 1996. Estimates of the number of parishioners who left what was then a megachurch range from 100 to 300. (The church has long declined to release information about the size of its membership.)

It is unknown how many copies of the recording exist, or how many people have heard it. But the Beacon Journal spoke with five people with former ties to the church who said they had listened to it.

The person who offered the tape to the Beacon did so because that person read a two-part Beacon Journal series about the Rev. Miller published early last year, then later read about Miller’s lawsuit against Angley. The source believes Miller is telling the truth and thought releasing the tape might help his cause.

Miller said he grudgingly acceded because, having grown up in the church, he believed Angley was “the man of God” and wouldn’t ask him to do something that wasn’t right.

Starting in 2006, Miller said, Angley would summon him to his home for what he called a “special anointing,” in which Miller would be required to strip and lie on a circular bed while Angley massaged him.

For those of us who have followed Angley for decades, it comes as no surprise that he’s caught up in a homosexual sex scandal. If you are unfamiliar with Angley, here’s a 1980s two-minute interview that will tell you all you need to know about the man and his sexuality.

Want more? Here’s a recent one hour video of Ernest Angley in operation, complete with music, preaching, healings and, of course, fund raising.