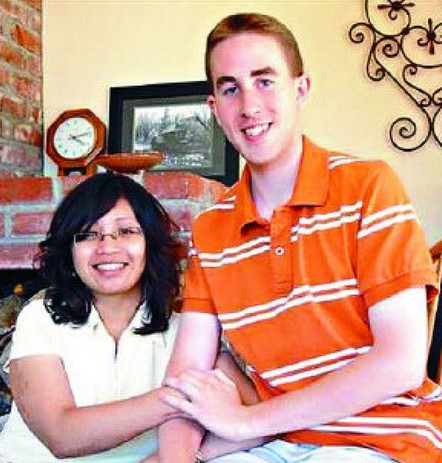 Philip Grandine, pastor of Ennerdale Baptist Church in Toronto, Canada, was convicted earlier this month of killing his pregnant wife. Grandine’s first conviction was overturned on a technicality. The CBC reports:

A former Toronto pastor accused of secretly sedating his pregnant wife before she drowned in the bathtub was found guilty of manslaughter Thursday, his second conviction in a case that has spanned more than seven years.

Jurors convicted Philip Grandine Thursday after deliberating for just over a day.

The man, who has been out on bail for more than six years while the case wound its way through the justice system, looked straight ahead as the verdict was read.

Prosecutors alleged Grandine drugged his wife with the anti-anxiety medication lorazepam, better known as Ativan, so she wouldn’t be as vigilant while he continued an affair with her friend.

The Crown alleged he then did not prevent Anna Karissa Grandine from getting in a bath in her incapacitated state one night in October 2011.

Anna Grandine was 20 weeks pregnant when she died. Tests later revealed she had lorazepam in her blood despite never being prescribed the drug.

Defence lawyers had argued Anna Grandine took the medication herself and either slipped in the tub, hitting her head and drowning, or took her own life.

The Crown alleged Grandine was behind the searches, noting some occurred roughly at the same time as searches for escorts and other sex-related topics. Prosecutors also said lorazepam was not a drug that should be used by pregnant women and Anna Grandine was conscientious about the health of her baby.

The defence argued it was Anna Grandine who looked up lorazepam, suggesting she sought to self-medicate in light of the recent upheaval in her life.

Court heard Philip Grandine stepped down as pastor after it came to light that he was having an affair with a parishioner, who was also his wife’s friend. The congregation, to which Anna Grandine belonged, was also told of the affair, court heard.

Another pastor agreed to give them marriage counselling if Philip Grandine stopped cheating and gave up pornography, conditions the couple accepted, court heard.

But Grandine quickly resumed the affair and over time, his wife became suspicious, even challenging him on the issue in an early October counselling session, court heard.

Then, in mid-October, Anna Grandine suddenly experienced dizziness, fatigue and other symptoms, prompting her husband to take her to hospital, court heard. Her sister said Anna Grandine was afraid; her mother testified the 29-year-old asked her husband if he had given her a pill, which he denied.

Three days later, Anna Grandine drowned in the bathtub. Court heard toxicology tests detected Ativan in her system and then checked the samples taken during her hospital visit, where they also found the drug.