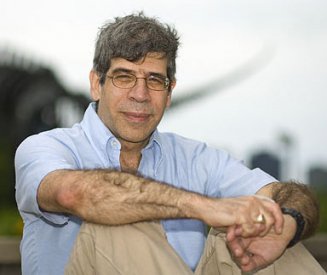 The notion of “intelligent design” arose after opponents of evolution repeatedly failed on First Amendment grounds to get Bible-based creationism taught in the public schools. Their solution: Take God out of the mix and replace him with an unspecified “intelligent designer.” They added some irrelevant mathematics and fancy biochemical jargon, and lo: intelligent design, which scientists have dubbed “creationism in a cheap tuxedo.”

But the tuxedo is fraying, for intelligent design has been rejected not just by biologists but also by judges who recognize it as poorly disguised religion. Nevertheless, its advocates persist. Among the most vocal is Michael J. Behe, a biology professor at Lehigh University whose previous books, despite withering criticism from scientists, have sold well in a country where 76 percent of us think God had some role in human evolution.

Like his creationist kin, Behe devotes his time not to giving evidence for intelligent design but to attacking evolutionary biology. As Herbert Spencer said, “Those who cavalierly reject the Theory of Evolution, as not adequately supported by facts, seem quite to forget that their own theory is supported by no facts at all.” But Behe’s theory, promulgated by the Discovery Institute, Seattle’s intelligent-design organization, does demand support. Who, exactly, is the designer, and what evidence is there that this designer makes nonrandom mutations? Is the designer an immaterial god, in which case we need to know how this god violates the laws of physics by causing mutations, or is the designer material, like a space alien, in which case we must understand the physical methods whereby aliens change our DNA?

And what is an example of a designed mutation? (Behe is silent here.) Since humans are placed in the same family as other great apes (Hominidae), Behe’s theory predicts that we arose without a designer’s intervention. But here he backpedals, asserting that there are “excellent reasons to suspect those differences [between humans and other apes] are well beyond Darwinian processes.” Sadly, he doesn’t give these reasons, but I’d guess they stem from the Christian belief that Homo sapiens is a special creation of God. Such ad hoc claims, derived from religion, explain why intelligent design has been deemed by the courts as “a mere re-labeling of creationism, and not a scientific theory.”

In 1998, the Discovery Institute drafted the “Wedge Document,” a secret plan (leaked in 1999) to spread Christianity in America by teaching intelligent design and fighting materialism. One of the plan’s 20-year goals was “to see intelligent design theory as the dominant perspective in science.” Well, now it’s 20 years on, and despite the efforts of Behe and other neo-creationists, intelligent design has been discredited as science and outed as disguised religion. It’s no surprise, then, that “Darwin Devolves” was published by HarperOne, the religious, spiritual and self-help division of HarperCollins.

You can read the entire review here.

Why Evolution Is True

Faith Versus Fact: Why Science and Religion Are Incompatible

Darwin Devolves: The New Science About DNA That Challenges Evolution