Tales From the Appalachian Foothills — The Perry County Dump 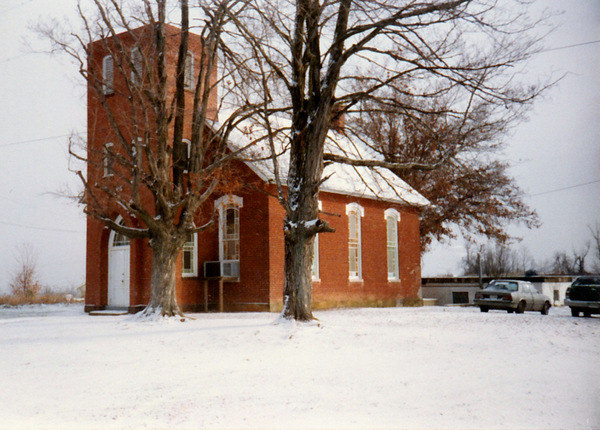 In July 1983, I started a new Independent Fundamentalist Baptist (IFB) church in Somerset, Ohio. I would remain the pastor of Somerset Baptist Church until March 1994. Somerset was a community of 1,400 people located in Perry County — the northernmost county in the Appalachian region. It was here that I learned what it meant to be a pastor; to truly involve yourself in the lives of others.

The membership of Somerset Baptist was primarily made up of poor working-class people. Most church families received some form of government assistance — mostly food stamps and Medicaid. In many ways, these were my kind of people. Having grown up poor myself, I knew a good bit about their struggles. I deeply loved them, and they, in return, bestowed their love on me.

From time to time, I want to share a few short stories from the eleven years I spent pastoring Somerset Baptist. I hope you’ll enjoy them. Today’s story is titled, The Perry County Dump.

In 1985, we bought an old abandoned brick Methodist church building five miles east of Somerset. Built in 1831 and located on the top of Sego Hill, the building had been abandoned years earlier. Purchased for $5,000, the building needed extensive repairs. One of the first things we had to do was haul away truckloads of junk that had been left behind by the Methodists and debris that had accumulated from the years of being left open to the elements.

Being fairly new to the area, I asked one member where the landfill was. He told me, I’ll haul everything to the “Perry County Dump” and it won’t cost anything!” I thought, “great!” Over the next several weeks, this man — who later would drive one of our bus routes — dutifully hauled numerous pickup truck loads of junk to the dump. Finally, the last load was delivered to the dump. I thanked the man for hauling everything away, and then moved on to helping another congregant level the floor in the main building.

Later that year, I was tooling down a gravel/dirt road south of the church and came upon a ravine where someone had been illegally dumping junk and refuse. As I looked more closely at the littered ravine, I noticed several items that looked just like the junk hauled from the church. Sure enough, what the man had call the “Perry County Dump” was actually an illegal dumping site. This man didn’t think twice about doing this. It’s what he had always done, and “no one ever said anything,” he told me! Needless to say, I said something, telling him that it was NOT okay to dump junk at the “Perry County Dump”; that in the future anything hauled for the church would have to be taken to the real landfill. The man never understood “why” he couldn’t use the “Perry County Dump,” but he agreed to use the landfill in the future.