Why I Became a Calvinist — Part Six 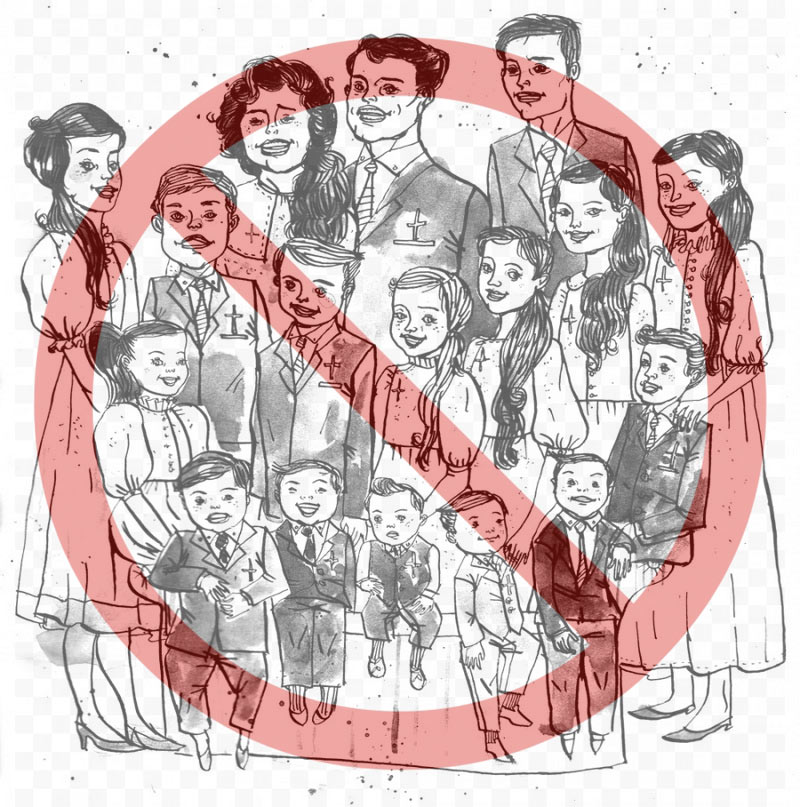 Why I Became a Calvinist — Part One

Why I Became a Calvinist — Part Two

Why I Became a Calvinist — Part Three

Why I Became a Calvinist — Part Four

Why I Became a Calvinist — Part Five

Sincerely held beliefs have consequences. This is especially true when it comes to Calvinism and the belief that God is the sovereign ruler and king over all. Simply put, Calvinists believe God is in control of everything. If God commands us to do something, we should do it without doubt or delay. God always knows what is best. To disobey God’s commands brings chastisement and judgment.

As my wife and I immersed ourselves in Calvinism, we came to believe that we should recognize God’s sovereignty in every area of our life, including the number of children we had. The Bible was clear, as were the books we read, that God wanted us to have a  quiver full of children. Psalm 127:3-5 says:

Lo, children are an heritage of the Lord: and the fruit of the womb is his reward. As arrows are in the hand of a mighty man; so are children of the youth. Happy is the man that hath his quiver full of them: they shall not be ashamed, but they shall speak with the enemies in the gate.

We stopped using birth control, believing that it was God who opened and closed the womb. We believed we would have exactly the number of children God wanted us to have. Two months later, Polly was pregnant, the first of three children she would bear from 1989-1993. You see, Polly was a fertile Myrtle. It seemed that all I had to do was look at her and she would get pregnant. We were well on our way to having ten or more children — the Duggars of Appalachia.

The first child born after our decision to let God control our family’s size was a redheaded girl with Down syndrome. While Polly’s mom was grateful that she finally had a granddaughter, she was adamantly against our plan to have as many children as God wanted us to have. She rightly argued that we were in no financial position to have the children we had, let alone any more. This led to family conflict and verbal warfare, which we ended with a long letter we wrote to Polly’s parents — complete with a book on the subject — asking them to mind their own business; that we intended to follow God’s will on the matter regardless of their objections.

Our next daughter — another redhead — was born two days after of first daughter’s second birthday. We had just learned that our oldest daughter had Down syndrome. Her facial features were mild, so doctors missed that she had Down syndrome. One night, we were at a Bible conference near Dayton and a nursery worker asked about our baby with Down syndrome. I was incensed! “There’s absolutely nothing wrong with our child!” Except there was. She was sixteen months old before she learned to walk. We were worried she had some sort of disability. Our Catholic family doctor, suspecting Down syndrome, sent Bethany to Ohio State University for genetic testing. Sure enough, she tested positive for Down syndrome.

Our doctor had us come to his office after it had closed, and sat and talked with us for an hour. We were devastated by Bethany’s diagnosis. Our doctor, with great love and compassion, helped us to see that Bethany was actually a blessing from God. This, of course, played right into our Calvinistic beliefs. It was God who gave us a child with Down syndrome, and it was up to us to trust him, believing that he knew what was best for us. (Please read What One Catholic Doctor Taught Me About Christianity.)

In May of 1993, Polly gave birth to our sixth, and last, child. Her four previous pregnancies had been relatively easy, but this one not so much. Polly struggled during delivery. The obstetrician said she was worn out and, in his words” “to pooped to pop.” He told us in no uncertain terms that another pregnancy could kill Polly. Theologically-speaking, this posed a huge dilemma for us. We believed it was God alone who opened and closed Polly’s womb. She wouldn’t get pregnant unless it was according to God’s perfect plan. Shouldn’t we just trust him?

For the first time, we realized our beliefs had consequences; that trusting God could lead to Polly’s death. We had to ask ourselves whether we were willing to follow God no matter what. In time, the answer came. No, we weren’t willing to follow God no matter what; no, we weren’t willing to put Polly’s life at risk; no, we weren’t going to risk me losing the love of my life and our children losing their mother. This, of course, meant we refused to obey the Word of God; that we put reason and science before God and his Word. Welcome to cognitive dissonance.

For those in the quiverfull movement, we were sellouts, but to everyone else, it seemed we were acting reasonably and responsibly; that it was right and proper for us to listen to our doctor’s advice. This put an end to my preaching on quiverfull beliefs. Prior to this, I had excoriated church women for having tubal ligations or using birth control. To this day, I regret some of my preaching, especially when it came to family matters. I put my preacher nose in places where it did not belong, regardless of what the Bible said.

Having three children in the space of four years caused increased stress on our older three children. Money was already tight, and even more so now that our family size morphed from five to eight. We lived in a 12’x60′ mobile home — a hillbilly mansion if there ever was one. If weren’t for food stamps and Medicaid, along with the Earned Income Credit, we would have been destitute. As it was, we lived from hand to mouth, and sometimes the hand didn’t quite reach to the mouth. Had we been consistent Calvinists, we would have “let go, and let God,” but we refused to allow our family to sink further into poverty. Did this mean, at the time, that we weren’t trusting God as our Calvinistic beliefs demanded we should? Yes. Few Calvinists actually live according to all of the commands, precepts, and teachings of the Bible. Oh, they like to give the appearance of obedience, but Calvinists are Cafeteria Christians® just as other believers are.

By the late 1990s, I had begun to move away from the strident Fundamentalist Calvinism found in groups such as the Reformed Baptists, Sovereign Grace Baptists, and the Founder’s Group among Southern Baptists. While my theology would remain influenced by Calvinism until the day I left Christianity, I no longer took it to the extremes detailed in this post. This has led some Calvinists to allege that I was never a “real” Calvinist. I laugh when I hear such criticisms, asking, “how many children do you have?” “Do you use birth control?” That’s what I thought, hypocrite.

This concludes the six-part series on why I became a Calvinist. I hope you found it helpful.

If you are not familiar with the Quiverfull Movement, please read Kathryn Joyce’s book Quiverfull: Inside the Christian Patriarchy Movement.  Suzanne, a friend and long-time reader of this site, runs the No Longer Quivering website. It has troves of information about Quiverfull.