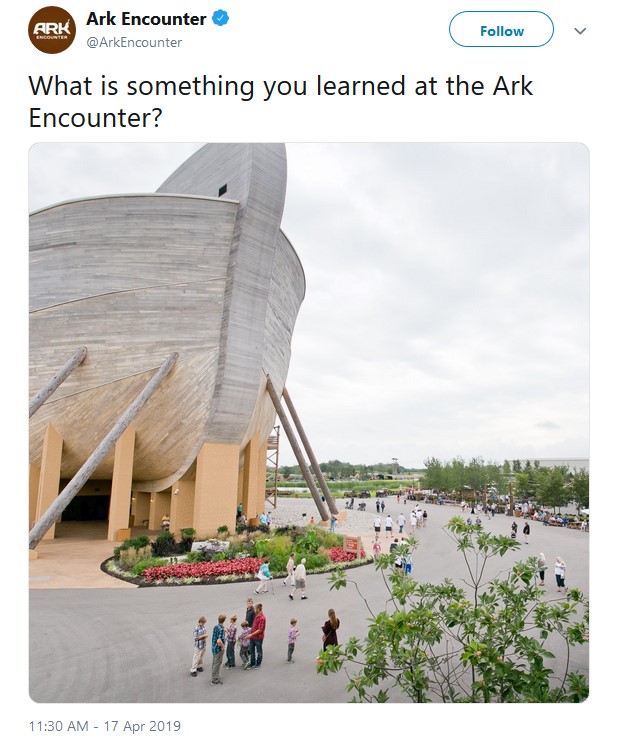 Ken “Hambo” Ham is the CEO of  Answers in Genesis, the Creation Museum, and the Ark Encounter — a life-size “replica” of Noah’s Ark.  Last week, whoever handles the Twitter feed for Ark Encounter asked “What is something you learned at Ark Encounter?” Needless to say, many of the responses were hilarious. Enjoy!