Christians Don’t Do the Works Jesus Did, Proving Jesus Never Resurrected from the Dead 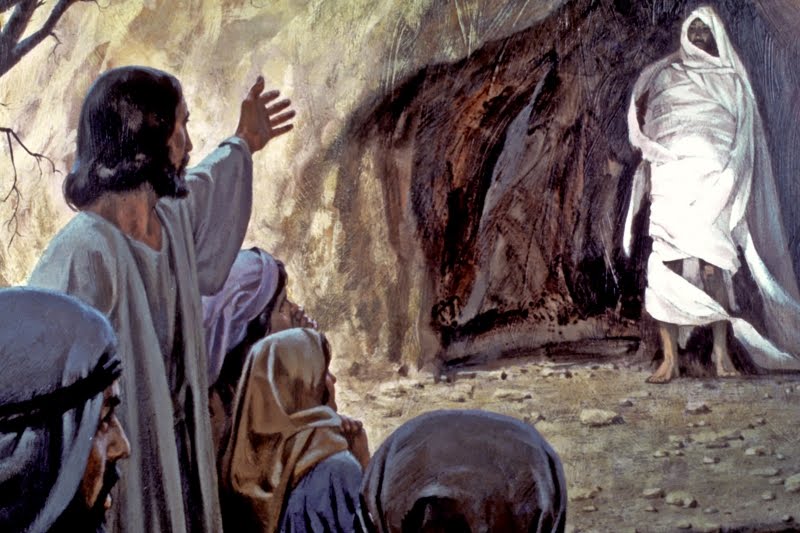 Verily, verily, I say unto you, He that believeth on me, the works that I do shall he do also; and greater works than these shall he do; because I go unto my Father. And whatsoever ye shall ask in my name, that will I do, that the Father may be glorified in the Son. If ye shall ask any thing in my name, I will do it. (John 14:12-14)

Evangelicals believe the Bible is the inspired, inerrant, infallible Word of God. It’s a one-of-a-kind divine religious text that is to be, with rare exception, read and interpreted literally. Of course, when confronted with glaring contradictions, Evangelicals will abandon literalism quicker than Sarah Huckabee Sanders abandons truth at a White House press conference. When confronted with Bible verses that are contradictory or which put God/Christianity in a bad light, Evangelicals discard the literal, plain meaning of a text in favor of a convoluted, look-the-rabbit-ran-that-way, theological explanation.

Take John14:12-14. Printed with red ink — the universal sign for “Jesus is talking” — the Son of God said that he would soon return to his Father in Heaven, and once he was gone his followers would do greater works (miracles) than he did. Wow, what a statement, right?

What were the works (miracles) that Jesus did?

What a list of miracles! The writer of the gospel of John said, in John 21:25:

According to that verse, the Bible contains just a small handful of the millions of miracles performed by Jesus. Why, Jesus worked so many miracles in three years, that if all of them were written down, all the books of the world wouldn’t be able to contain them. Wow, just wow! So many miracles, yet there is not one non-Biblical contemporary record for any of them. If a Jewish itinerant preacher performed millions of miracles in a thirty-six-month period, you’d think at least one Roman historian would have mentioned it. Yet, the pages of history are silent.

For the sake of this post, I am going to go with the miracles performed by Jesus as recorded in the gospels. In John 14:12, Jesus told his followers that after he ascended back to his Father in Heaven, they would perform works (miracles) as great as and greater than those worked by him. The Christian church has existed for almost 2,000 years, yet there is no recorded history of Christians doing greater works (miracles) than Jesus. In fact, Christians today think a “greater work” is Jesus helping Grandma find her lost keys or causing someone’s cancer to temporarily go into remission. Healing the sick? Raising the dead? Causing cripples to walk? Giving sight to the blind? Where, oh where can we find and see such medically verifiable miracles? And if Jesus worked millions of such miracles, where can we see legions of people being healed? Where can we see thousands of people being fed with 2 Big Mac’s and 5 orders of large French fries?

Modern Christians are supposed to be greater miracle workers than Jesus, yet everywhere we look we see impotence. Why is that? Evangelicals will make all sorts of peculiar theological arguments, attempting to explain away the clear, literal reading of John 14:12. Perhaps, there is another explanation for the present-day paucity of miracles. Jesus said that miracle-working by his followers was contingent upon him returning to his Father in Heaven. Perhaps, the real reason Christians can’t work Jesus-esque miracles is because he never resurrected from the dead and ascended back to Heaven to the right hand of his Father. Maybe, just maybe, when Jesus died, he stayed dead. You know, just like every other human who has ever lived and died.

John 14:12 remains a direct challenge to the belief that Jesus resurrected from the dead. Had Jesus really escaped the permanency of death and magically floated away from the earth until he could no longer be seen, then Christians from 33 CE until today should have the power to repeatedly do the miraculous. That they don’t tells me that Jesus died on a Roman cross centuries ago and was buried in a borrowed tomb, never to be seen again.