Quote of the Day: Why Atheists Refuse to Respect Christian Beliefs 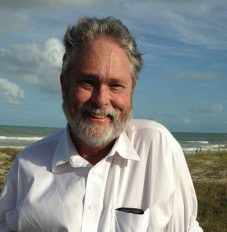 Someone might ask me, “Why make things so unpleasant by arguing? Why not go on with your life and let people believe as they do?  Why can’t we all have mutual respect for each other?”

Mutual respect sounds pretty good to me, and it would be a great starting place.  We could all be quiet and let everyone have their own thoughts.

So how about this:

I’ll get quiet when the Evangelical Christians do.  When they stop their global campaign, I’ll stop writing and talking.  I’ll stop speaking up when they stop trying to condition the minds of little children with songs, stories, and threats.  When they quit trying to force the schools and the government to carry their message for them, I’ll stop protesting.

Many Christians accuse atheists of having a hidden agenda, which I think takes a special blend of nerve and insanity, considering that their highest priority is to convert the entire world.

By the way, there’s nothing secret about the atheist agenda.  Simply stated, we won’t be forced to believe in God.