Is Religion a Powerful Narcotic? 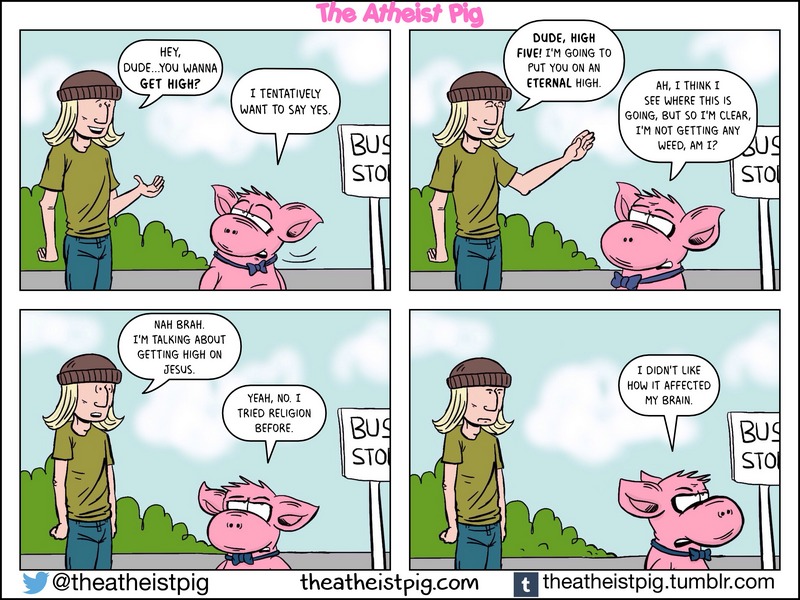 Religion is the sigh of the oppressed creature, the heart of a heartless world, and the soul of soulless conditions. It is the opium of the people.

One need only study world religions to understand that religion is a powerful force in our world — for good and evil. Marx rightly compared religion to opium — a powerful narcotic used to relieve pain, both physically and psychologically. Religion, in all its forms, is used by humans to find purpose, meaning, peace, and happiness. Ultimately, people worship deities because doing so benefits them in some way or the other. A good way to look at religion is from an economic perspective. Every religion has a cost attached to it. Sometimes those costs are clear: time, money, commitment. Other times, religion extracts psychological or emotional costs. Some religions, such as Evangelical Christianity, Mormonism, and Jehovah’s Witnesses, require an abandonment of self and total commitment to God and the church. I spent 50 years in the Christian church. Twenty-five of those years were spent pastoring churches in Ohio, Texas, and Michigan. I can’t even begin to calculate the cost of my devotion to the Evangelical Jesus. Much of my time and money were spent in devotion to a deity whom I believed was the one true God, the creator and ruler over all. I abandoned self as I “followed the Lamb of God.” I willingly sacrificed my marriage and family, living in poverty and doing without for my God’s sake. Why would anyone live as I did?

Yes, serving Jesus was costly, but the benefits far outweighed the costs — or so I thought at the time, anyway. Through my religious beliefs, experiences, and practices, I found happiness, peace, and meaning. I had the privilege of preaching the gospel and teaching others the “truths” of the Christian Bible. I was loved and respected, and there never was a day when I didn’t feel God’s presence in my life. Oh, sometimes it seemed God was distant, but more often than not, the Christian deity was an ever-present reality.

It matters not whether Christianity is true; that its core beliefs are rational and reasonable. All that mattered, as a Christian, is that I thought these beliefs were true. Countless people believe all sorts of things that are untrue, but they believe them to be true, so in their minds, they are. While believing in the Christian God extracted from me a high cost, one I am paying to this day, for most of my life I believed the benefits of religious faith outweighed its costs.

Marx thought religion gave people false happiness. That said, he never underestimated its power, its ability to meet the deep needs of the human psyche. Atheists often wrongly believe that the solution to the ills of the world is for people to abandon their superstitions and embrace rationality rooted in reason, science, and intellectual inquiry. What atheists forget is that what humans want more than anything else is happiness. Until rationalists, freethinkers, and humanists show that their godless way of life leads to purpose, meaning, and happiness, we can’t expect religious people to buy what we are selling. We know that people don’t need to toke religious crack to feel happy and fulfilled, but we will never argue people into understanding this. Like it or not, feelings play a big part in the human experience. Life is short, and then we die. Religion offers a powerful drug that lessens the pain of that reality. We secularists must offer the same.