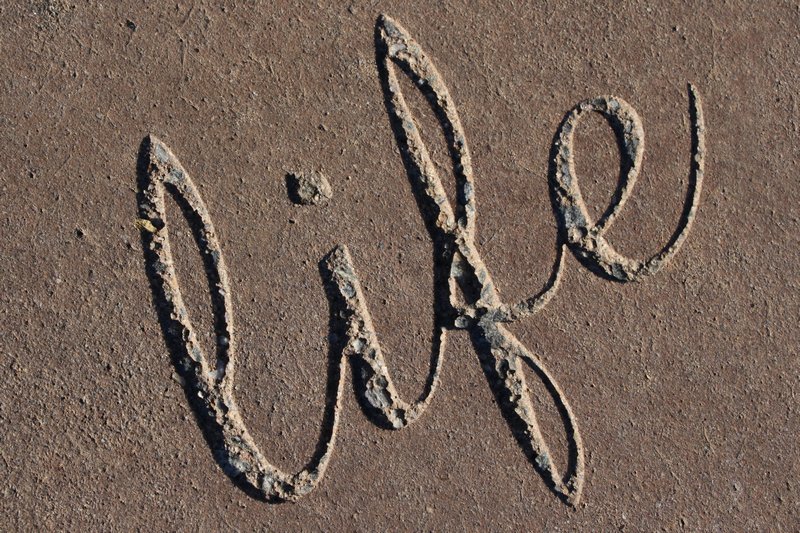 I recently celebrated my sixty-second birthday. Next month, I will draw my first Social Security check. The following month, my wife and I will celebrate our forty-first wedding anniversary. And early next year, grandchild number thirteen will arrive on the scene. I am now, without question, an old man, a cranky curmudgeon. I have seen a few things and experienced a lot of this thing we humans call life. As I comb through my past, I have come to the conclusion that life is the sum of our choices, held together by the mortar of luck and circumstance. As I carefully examine my life, I can see how certain decisions I made in the past materially affect my life today. For example, as a married, full-of-life, physically fit young preacher, I decided to opt out of Social Security. For the next seventeen years, I paid no social security/Medicare taxes on my ministry-related income. I leveraged the clergy housing allowance and other legal tax avoidance schemes in such a way that I often ended up showing no personal income on my tax return and paid zero taxes for the year. This went on for years. Not bad, right? My motivation was simple: as a die-hard right-wing Republican, I believed that the government didn’t deserve my money. In my mind, the less money local, state, and federal agencies had, the better. I thought, at the time, “Why should I pay real estate taxes? My children attend a private Christian school or are homeschooled. Why should I pay for the world’s children to be educated?”  When I bought automobiles, I purchased them through the church, thus avoiding paying sales tax. I expensed everything I could, with the goal in mind that I was economically starving the government.

In the late 1990s, I had an epiphany of sorts. I realized, for the first time, that I was one day going to be where I am now, and that I would need some sort of retirement income. I also started having niggling health problems, and in 1997, after months and months of unexplained fatigue and pain, I was diagnosed with fibromyalgia. At that moment, Bruce-with-a-big-S-on-his-chest learned that he was not invincible; that life was a kryptonite of sorts that will, in the end, lead to my demise.

I opted back into Social Security and started paying taxes again, but this was too little too late. Fortunately, over the course of my work career — from age fourteen to today — I worked numerous “secular” jobs:

These jobs provided enough work quarters for me to qualify for a nominal monthly social security payment of about $700. While this is not a large amount of money, retirement-wise, it will make a meaningful difference for us. Neither of my parents lived long enough to collect social security, so I have outlived them and will win the prize. Woo-hoo! However, I can’t help but think about how much better off I would be as a disabled, retired man had I paid social security/Medicare taxes on my ministerial income. The difference would be significant, but due to a singular decision made long before I ever had a thought about getting old, I am forced to live with the consequences of that decision.

I always made more money working secular jobs than I did working for God. The most I ever made income-wise as a pastor was $24,000. Most years, I made $8,000-$20,000 (including housing) pastoring churches. If it hadn’t been for secular work, government assistance, and Medicaid insurance, we would have been destitute. As it was, we were dirt poor for most of the years I spent in the ministry. It wasn’t until the late 1990s that things improved for us. Polly started working for Sauder Woodworking (she just celebrated her twentieth anniversary there) and our oldest sons started working jobs of their own.

It’s unfortunate, though, that I had decided as a young husband and young father to let “God” take care of our wants and needs. As anyone who has ever done this has learned, “God” loves keeping his followers in the poor house. Why, if “God” had backed up a Brink’s truck to our home and unloaded some of the “treasure” he supposedly has, we wouldn’t have “needed” him any longer. So, “God” kept us on our knees, ever begging for divine assistance. I sincerely believed that “God” would meet our needs and even throw in a few wants from time to time, so I accepted that our poverty was God’s good, acceptable, and perfect will for our lives (Romans 12:1,2). (Of course, I never asked Polly or our children what they thought of this arrangement I had with God. I was the family patriarch. End of discussion.) I wonder how different our lives might have been had I put the financial and material welfare of my wife and children first; had I built a career managing restaurants or working in government alongside my work as a pastor? Would we have been better off? Probably. But, who really knows for sure?

Have you ever thought about certain decisions you have made in your life and wondered how things might have turned out differently? I call this the what-if or would-of, could-of, should-of game. While we like to think that life would have been different if we had only made this or that decision, there are too many variables for us to know for sure how things might have turned out. For example, at age eighteen, I was madly in love with a twenty-year-old college girl named Anita Farr. For much of 1975, we had a torrid relationship — as no-sex-before-marriage Baptist relationships went, anyway. I was sure she was the one. However, our relationship didn’t last, and in late ’75, I packed up my meager belongings, hopped a Greyhound bus, and returned to Ohio. As I look back at this time in my life, I see two people who had similar personalities and dispositions. Both of us were quite outgoing, personable, and temperamental. I told Polly a while back, as we were talking about past choices, “If I had married Anita, one of us would have murdered the other and ended up in prison.” Our relationship was very much one of a lit match and gasoline. A year later, I enrolled in ministerial classes at Midwestern Baptist College in Pontiac, Michigan. My game plan, girl-wise, was to play the field. I thought at the time, “what a blessing from God, a dormitory filled with fine Baptist women!” Sure enough, I started dating a girl by the name of Peggie. After a few weeks, our casual relationship petered out and we moved on to other people. Next up for me was a seventeen-year-old dark-haired preacher’s daughter named Polly. She was (and is) a beauty, but I had no thoughts at the time that she was a woman I was ready to settle down with. It was not long, however, before Bruce, the player, was smitten and in love. On Valentine’s Day in 1976, I proposed and Polly said “yes.” So much for playing the field!

Choosing to marry Polly — a choice I would make again — certainly changed the course of my life. On a hot day in July in 1978 at the Newark Baptist Temple, we stood before our family and friends (and God, or so we thought at the time) and pledged our lives to one another. We were two mutually infatuated children, ill-prepared for the pressures and challenges of married life. Six weeks after we married, Polly informed me that she was pregnant. Six months after that I was laid off from my job. This forced us to leave school and move to the home of my birth, Bryan, Ohio. So much for our “plans,” or God’s, for that matter. From there, my ministerial career and our married life took a completely different path.

I have written this trip down memory lane — one that will receive the voluminous treatment it deserves in my book — to illustrate how the many choices we make, along with external influences, materially and permanently affect our lives. I don’t believe in soul-mates. I don’t think for a moment that Polly is the only suitable woman on planet earth for me. She is, however, the woman I chose to love and marry, and together we have made a good life for ourselves. We have made a hell of a lot of bad decisions and wish we could have a do-over on more than a few things. But, on balance we’ve had a good life. The sum of our choices has led to where we are today. Hopefully, we have learned a thing or two over the past forty years, but I am confident that we still have a few fuck-ups left in our lives. Live and learn, right? Or, well, live anyway . . .

Do you ponder the decisions you have made in your life and how things have turned out for you? Do you wonder about how different life might have been for you had you made different decisions? Do you have a simple philosophy by which you govern your life? Please share your erudite thoughts in the comment section.