Prodigal Son: No One is Born Broken, Someone Breaks Us 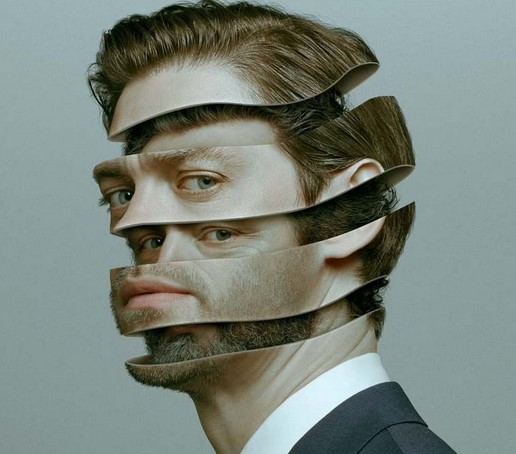 Yesterday, I watched the first episode of Prodigal Son — a new crime drama produced for the Fox Broadcasting Company. Wikipedia describes the plot of Prodigal Son this way:

The series centers on Malcolm Bright, whose father, Dr. Martin Whitley, is the infamous serial killer known as “The Surgeon.” Malcolm was the one responsible as a child for enabling the police to arrest his father, and has not (of his own volition) seen his father in ten years. Now a profiler, formerly with the FBI (until he was fired) and currently working with the New York City Police Department, Malcolm is forced to confront his father after a copycat serial killer uses Dr. Whitley’s methods of killing, and now finds himself drawn back into constant contact with his father as he must both use Dr. Whitley’s insights to help the police solve particularly horrible crimes and battle his own inner demons.

One line in the show stood out to me. Malcolm Bright, played by Tom Payne (Jesus, on The Walking Dead),  said to his serial killer father, No one is born broken, someone breaks us. I thought, Wow, what a succinct repudiation and rejection of the Christian doctrine of original sin; of the notion that all humans are born into this world sinners; that all humans are, by nature, sinners.

As I type this post, the classic gospel song Deeper Than the Stain Has Gone, plays in the background. I have heard this song countless times over the years. It was the favorite song of a former friend of mine, Evangelist Don Hardman. Here are the lyrics:

Praise the Lord for full salvation,
God still reigns upon His throne.
And I know the blood still reaches
Deep-er than the stain has gone.

From birth, Evangelicals are taught that they are sinners, alienated from God, broken, and in need of fixing. Scores of Bible verses reinforce the belief that humans, by nature, are bad. Take Romans 3:

As it is written, There is none righteous, no, not one:There is none that understandeth, there is none that seeketh after God. They are all gone out of the way, they are together become unprofitable; there is none that doeth good, no, not one. Their throat is an open sepulchre; with their tongues they have used deceit; the poison of asps is under their lips: Whose mouth is full of cursing and bitterness: Their feet are swift to shed blood: Destruction and misery are in their ways: And the way of peace have they not known: There is no fear of God before their eyes . . . For all have sinned, and come short of the glory of God;

David said in Psalm 51:5: Behold, I was shapen in iniquity; and in sin did my mother conceive me.

David’s son Solomon later said: For there is not a just man upon earth, that doeth good, and sinneth not. (Ecclesiastes 7:20)

The prophet Jeremiah said: The heart is deceitful above all things, and desperately wicked: who can know it? (Jeremiah 17:9)

The prophet Isaiah added: But we are all as an unclean thing, and all our righteousnesses are as filthy rags; and we all do fade as a leaf; and our iniquities, like the wind, have taken us away. (Isaiah 64:6)

Years ago, I attended the baptism of one of my granddaughters at a nearby Roman Catholic church. This was, by the way, the LAST of such services I’ve attended — much to the consternation of several of my children. During the ritual, the priest proceeded to cast Satan out of my granddaughter. That’s right, just a few months old, and she was already demon-possessed! I wanted to scream. How dare this cleric say my granddaughter was a sinner possessed by Satan, I thought. Of course, there was nothing out of the ordinary happening. Catholics and Protestants alike believe humans are, by nature, broken, and only Jesus can fix them. Whether through the water of baptism or his blood, Christians believe that only Jesus can repair and heal human brokenness.

It’s been 2,000 years since Jesus was executed by the Roman government and buried in an unknown, unmarked grave. Since his death, a religion bearing his name has sprouted, spreading to every corner of the earth. The names of the sects may vary, but one thing they all hold in common: the brokenness of the human race. This same teaching can be found in other sects, including Islam and Judaism. Billions of people have been taught that they are inherently and totally sinful, and that unless they accept the fix religionists peddle, they will die in their sins and go to Hell, purgatory, or be annihilated after death. Century after century, decade after decade, and year after year, people are infected with the false, anti-human notion that they are broken.

Malcolm Bright was right when he said: No one is born broken, someone breaks us. It is absurd to look at an infant or young child and say, “you are a broken, vile, Hell-bound sinner who needs salvation.” What children really need is deliverance from preachers, priests, imans, rabbis and devoutly religious parents who do their darnedest to teach yet another generation that they are broken. You see, it is these promoters of original sin who break their charges. While countless Christians will object to my characterization of their sects, the fact remains that original sin (brokenness) is a fundamental belief of ALL Christian sects. Humans don’t become sinners — as if they had a choice. They are born sinners. Their innate sin natures are the result of Adam’s and Eve’s transgression against God. These first sinners did what, exactly? What did they do that was so bad that every human from that point would be born broken? Why, they ate fruit from a tree God told them not to eat. That’s it. The brokenness of humanity rests on a foundation of two hungry people eating a kumquat.

It’s time we put an end to the generational dysfunction caused by the doctrine of original sin. Imagine how different the world might be if parents, grandparents, and teachers affirmed the essential goodness of the human race, teaching children beliefs that empower them and promote self-esteem. Imagine how much less guilt there would be if we stopped indoctrinating children with Puritanical codes of conduct or other anti-human systems of control. Imagine what kind of world we might live in if we promoted the humanistic ideal instead of the belief that humans are sick, diseased, broken, worthless beings.