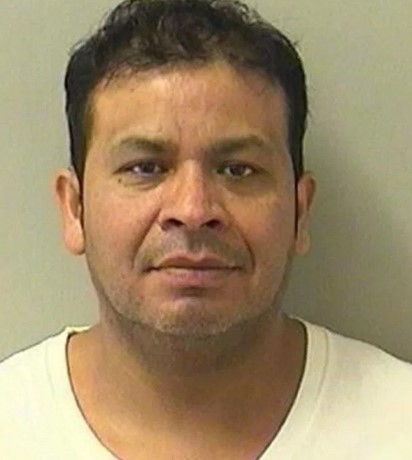 Elizandro Montoya-Salazar, pastor of Lalgesia Apostolica of the Faith in Jesus Christ Church (no website) in Elgin, Illinois, stands accused of sexually assaulting a minor girl.

An Elgin pastor sexually assaulted and abused a teenage girl while giving her a ride home from a church event in November 2018, according to a police affidavit used to obtain a search warrant.

The attack happened some three months after Elizandro Montoya-Salazar, 46, of 0-99 block of North Lord Avenue, Carpentersville, asked the girl if she “liked liked him,” according to the affidavit. Montoya-Salazar was charged recently with criminal sexual assault of a victim 13 to 17 years old and four counts of aggravated criminal sexual abuse of a person in a position of trust and authority, all felonies.

He appeared in court Wednesday, where his bond conditions were changed to allow him to have supervised telephone contact and video visits with his children. He is being held at the Kane County jail on $300,000 bail, meaning he must post $30,000 to be released while the case is pending.

According to a police affidavit used to secure a search warrant for Montoya-Salazar’s cellphone and documents at the Lalgesia Apostolica of the Faith in Jesus Christ Church, 37W080 Hopps Road, the victim reached out to a female volunteer at the church in August 2019 regarding the attack.

The girl was upset and didn’t want to say what happened or who did it, but she texted the church volunteer Oct. 5, saying she had told her parents that Montoya-Salazar assaulted her and her parents were filing a report with Elgin police, according to the affidavit.

“He preached at the church the next day.” Need I say more?