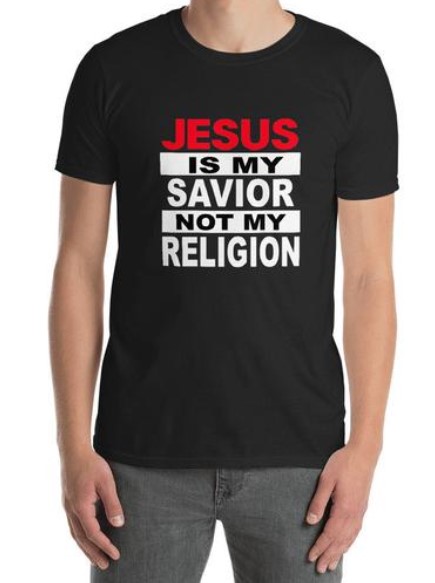 I live in the United States of Jesus H. Christ. The Christian blood cult has over 300,000 temples scattered across America. Every temple has at least one high priest who performs weekly rituals and instructs members in the tenets of the one true religion. These temples are subdivided into sects. Evangelicalism is one such sect.

In 2016, the Evangelical blood cult was largely responsible for electing Donald Trump as president of the United States. Eighty-one percent of voting white Evangelicals voted for Trump. If another presidential election were held today, most of these people would likely vote for Trump again. The president is a lying narcissist who committed impeachable acts against the United States. He has the sexual morals of an alley cat in heat and has been accused of rape and sexual assault by numerous women. You would think, then, that the Evangelical cult would oppose Trump on moral grounds alone. Sadly, Evangelicals have sold their souls for a bowl of pottage, and they go to great lengths to defend Trump, even if it means lying or distorting the truth. Evangelicals have, in effect, become whores for their pimp, Donald Trump. The president pretends to care about Evangelicals, supporting their social agenda, but make no mistake about it, Trump sees Evangelicals as a means to an end. Once they are no longer useful, he will cast them away like an empty Whopper wrapper.

Virtually everyone in the United States knows about Jesus and the Christian blood cult. I live in a tri-county area that is home to over 300 hundred Christian temples. I doubt Sir Henry Stanley, of Stanley and Livingstone fame, could find one person in this area who has never heard about Jesus or doesn’t know that “Jesus is the Reason for the Season.” Yet, everywhere I look I see Evangelicals wearing Jesus-themed shirts. Some local Evangelical churches have custom t-shirts printed advertising their temple for congregants to wear. Surely, congregants know one another, so why the shirts?

Go to Evangelical homes and what do you find? Automobiles sporting religious bumper stickers, anti-abortion or religious cliché signs in their yards; and inside, walls and tables covered with Evangelical kitsch. What’s with all the Jesus Junk®? On one hand, who cares, right? Evangelicals are free to wear whatever they want. Want to show your support of our Pervert In-Chief? Have at it. Want to advertise the local temple you attend? Go ahead. Want to identify yourself as a follower of a virgin-born, resurrected-from-the-dead miracle worker named Jesus Christ? Fine, by me.  All that I ask is that you don’t delude yourself, believing that you are all decked out with Jesus so the lost, dying world will hear the gospel and be saved. You see, the unwashed, uncircumcised Philistines of the world don’t care about you being a walking billboard for Jesus or your temple. What matters to them is how you treat others. What matters is what you say about LGBTQ people, immigrants, Democrats, liberals, mainline Christians, Catholics, atheists, Muslims, people of color and anyone else who is different from you. What do your social media pages say about your “love” and “compassion” for others? Your behavior tells us everything we need to know about you and your beliefs. Is it any surprise that Evangelicalism is one of the most hated religions in America? You reap what you sow, Evangelicals.

Why, then, do Evangelicals wear Jesus-themed clothing? The same reason any of us wears themed clothing. When I wear a Cincinnati Reds or Cincinnati Bengals hat/shirt, I do so because they are my teams. It’s my way of saying to fellow Reds and Bengals fans that I am on their team. Evangelicals wear what they wear because they want other Evangelicals to know that they are on the same team. I am sure readers are wondering if I wore Jesus-themed clothing back when I was an Evangelical Christian and pastor. The short answer is no. I have never worn a Jesus shirt, put Christian cliché bumper stickers on my cars, or hung religious kitsch on the walls of our home. I preferred to let my life do the talking. Besides, if I was driving like a maniac, I didn’t want anyone to know there was a Christian behind the wheel. Just saying . . .

All of us are free to advertise the people and groups we identify with. Want to be an out-and-proud Trump supporter or atheist, by all means, do so. We live in a country where citizens are free to proclaim their beliefs. Oh wait, not really. You see, Evangelicals believe their cult is the one true faith. Jesus is THE WAY, THE TRUTH, and THE LIFE. In their minds, the United States is a Christian nation, founded and governed by the triune God and the Protestant Bible. They expect and demand preferential treatment for their cult (and scream PERSECUTION when denied). That’s why Evangelicals love Donald Trump. He is willing to trample over the U.S. Constitution, the Bill of Rights, the Civil Rights Acts, and the separation of church and state so Evangelicals can have their way. Evangelicals want to be free to advertise and promote their blood cult; but let non-Christians do the same, and there’s no end to their faux-offense and outrage. Evangelicals want the freedom to push their beliefs anywhere and everywhere, yet when atheists and other non-Christians ask for the same rights, Evangelicals scream bloody murder. “How dare they attack our precious Lord and Savior Jesus Christ!” “How dare they mock Christianity.” “How dare they want to put up a winter solstice display next to the créche on the courthouse square.” One need only watch Evangelical outrage over the Hallmark Channel’s pro-gay wedding advertisement or Chik-Fil-A’s change of heart about supporting anti-LGBTQ groups to see how Evangelicals view the world. The U.S. Supreme Court settled the issues of prayer in secular public schools decades ago, yet Evangelicals continue to infiltrate our schools and push their sectarian agenda. Evangelicals continue to demand that public school children be taught “Biblical” sex education and creationism. Evangelicalism may be dying — and it is — but they have no intention of going quietly into the night.

As Evangelicals continue to push their theocratic demands in the public square, it’s hard not to see people wearing Jesus-themed apparel as enemies of secularism, pluralism, and freedom. History tells us that when church and state are one, freedoms are lost and people die.  I try to look on a person’s heart, and not their clothing when sizing them up, but I am tired of dealing with self-righteous, prattling Evangelicals. There are times, I admit, when I see someone wearing a Jesus shirt or some other flashing neon sign advertising their peculiar beliefs, that I just say to myself, “there’s another asshole for Jesus.” When I see an Evangelical sitting in a coffee shop wearing a Jesus or Trump shirt and reading the Bible or a religious book, I want to say to them, “Dude, don’t you know you should wear pants in public?” Without saying a word, this person is telling me all I need to know about them. He might be a “good” person, a great father, an awesome husband, and help the poor, but all I see is his Bible-approved circumcised dick hanging out.

Put your dick away, Evangelicals, and focus your attention on following the Jesus who preached the Sermon on the Mount. (A sermon, by the way, in which Jesus declared what was required of those who said they were his followers.) Jesus said in that sermon: Let your light so shine before men, that they may see your good works, and glorify your Father which is in heaven. (Matthew 5:16) That they (the world) may see what? Your good works, not your Jesus shirt. Do you really think that Jesus would have worn a t-shirt that said “This Blood is for You” or some other nonsensical Evangelical cliché? I think not.