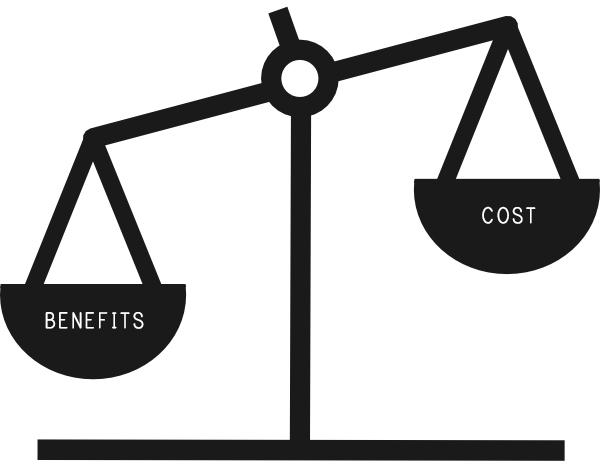 Many of my fellow atheists and agnostics have a hard time understanding why, exactly, people are religious. In particular, many godless people are befuddled by Evangelicals. How can anyone believe the Bible is inspired and inerrant; believe the earth was created in six twenty-four-hour days; believe the universe is 6,024 years old; believe Adam and Eve were the first human beings; believe the story of Noah and Ark really happened; believe that millions of Israelites wandered in desert for forty years, and believe a Jewish man named Jesus was a God-man who worked miracles, was executed on a Roman cross, and resurrected from the dead three days later. I could add numerous other mythical, fanciful, incredulous Bible stories to this list; all of which sound nonsensical to skeptical, rational people. Here we are living in 2020 — an age driven by technology and science — yet millions of Evangelicals and other conservative Christians flock to Kentucky to tour Ken Ham’s monuments to ignorance: the Ark Encounter and the Creation Museum. These same people helped to elect Donald Trump, the vilest, most unqualified man to ever sit in the Oval Office. Why is it that Evangelicals continue to believe, despite overwhelming evidence to the contrary?

From a rational perspective, none of this makes any sense. Most Evangelicals have at least a high school education, and many of them have college degrees. Many of them are successful business owners, with more than a few of them amassing wealth most unbelievers covet. Many atheists and agnostics wrongly believe that the typical Evangelical is a poorly educated white hillbilly from Kentucky or Mississippi. Pan the crowds gathered at countless American Evangelical megachurches and you will find all the markings of well-off, educated people. Why, then, do Evangelicals believe the nonsense mentioned previously?

The best way to understand Evangelicalism is to view it from an economic cost-benefit perspective. Think of Evangelicalism as a club. To join the club, certain things are required. Every prospective club member must agree with the club’s stated principles and beliefs and pay annual dues to their local club. Once a prospective member publicly affirms the club’s stated principles and beliefs, undergoes a rite of initiation (baptism), and pays his annual dues, the prospect is granted entrance to the club. Membership in the club comes with several benefits:

As long as these benefits outweigh the costs, people will continue to embrace Evangelical beliefs. Rationalists think that truth is all that should matter, and when it comes to truth, atheists/agnostics/humanists/skeptics/freethinkers have it, and Evangelicals don’t. True, but what do we offer besides truth? I’m waiting . . . Therein lies our problem. Yes, truth is on our side, but we lack appealing social structures (clubs), and, to many questioning/doubting Evangelicals, the cost of saying, “I am an atheist/agnostic” far outweighs the benefits. (Please see Count the Cost Before You Say I am an Atheist.) If we want to attract people to truth, to our cause, we must find ways to change the cost-benefit dynamic. “Dammit, Bruce, truth should be enough!” Yep, and I agree with you. Unfortunately, you and I are not like most people. “What’s in it for me?” many people ask. “What are the benefits of joining your club?” Fuss and fume all you want about this, but the fact remains that most people want to belong to things that benefit them; that give them something tangible.

As a pastor, I learned that people look for perceived value. Our church would sponsor a free concert with a contemporary Christian artist and fifty people would show up. Charge $5 admission for the same concert and hundreds of people will attend. Same artist, just a different perceived value. As long as Evangelicals think that the benefits of club membership outweigh the costs, they will continue to be members. Our goal should be to make rationalism and progressive politics appealing. We must develop social structures that advance the humanist ideal. And then, we must become the public face of our club, a face that says, “you are welcome here!” Constantly fighting with Evangelicals on social media does what exactly? Sure, it feels good to drown Evangelicals in seas of truth, but what have we gained? Engaging in shit-throwing contests on Twitter with Evangelical trolls might make for good entertainment and provide a brief dopamine rush, but what is really accomplished by doing so?  In 2012, tens of thousands of atheists, agnostics, humanists, and freethinkers gathered on the National Mall for the Reason Rally. What an awesome moment, a coming-out party, of sorts. Eight years have passed since this rally. What progress have we made towards coalescing into a credible, appealing club for likeminded people? If we truly want to give Evangelicalism the death it so richly deserves, we must offer to people a better way. We must offer them benefits that outweigh the costs of publicly saying “I’m an unbeliever” in a country that is still dominated and controlled by Christianity. We may laud recent upticks in polls for our kind, but this growth pales when compared to the sheer numbers of religious people. Yes, as a block, we now outnumber Evangelicals, but make no mistake about it, they still hold political and cultural power.

After the 2012 Reason Rally, I told readers that it was time for rationalists, skeptics, and freethinkers to move beyond skirmishes with Evangelicals. I still believe that today. That doesn’t mean we stop exposing Evangelical beliefs and practices for the nonsense they are. But we must find ways to build social connections; ways to build clubs that are appealing to, particularly, younger Americans. Trying to reach Evangelical Baby Boomers and the Great Generation is unlikely to succeed. It is with young people that the future of, not only the United States, but the world, rests. We oldsters have a lot of wisdom to offer, but as long as we sit silently in our homes, that wisdom goes to waste. Imagine how different our country might be if every county had a local humanist/skeptics club; a place where young and old alike meet to plan ways to Make America Rational Again; a place where atheists, agnostics, and unbelievers can gather and feel at home. Until we figure this out, people are going to continue to gather at local Evangelical clubs to worship the dead Jesus.