Songs of Sacrilege: I Believe from The Book of Mormon

Today’s Song of Sacrilege is I Believe from The Book of Mormon.

It was supposed to be all so exciting
To be teaching of Christ ‘cross the sea
But I allowed my faith to be shaken
Oh, what’s the matter with me?

I’ve always longed to help the needy
To do the things I never dared
This was the time for me to step up
So then why was I so scared?

A warlord who shoots people in the face
What’s so scary about that?
I must trust that my Lord is mightier
And always has my back
Now I must be completely devout
I can’t have even one shred of doubt

I know that I must go and do the things my God commands
(Things my God commands)
I realize now why he sent me here
If you ask the Lord in faith, he will always answer you
Just believe in him and have no fear
(General, we have an intruder, He just walked right into camp)

(Black people)
You can be a Mormon
A Mormon who just believes
(The fuck is this?)

Songs of Sacrilege: Where to Now St. Peter? by Elton John 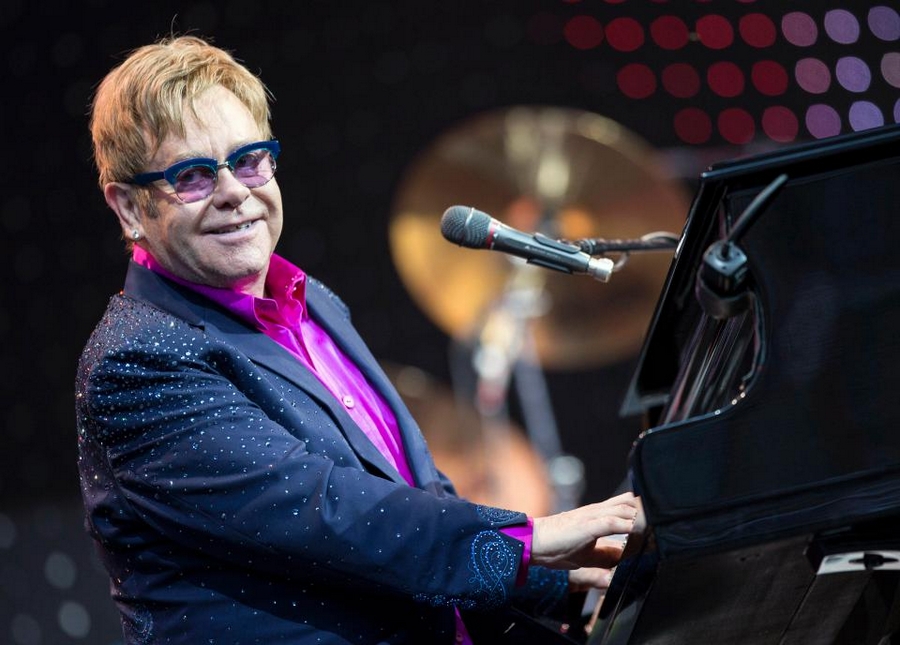 Today’s Song of Sacrilege is Where to Now St. Peter? by Elton John.

I took myself a blue canoe
And I floated like a leaf
Dazzling, dancing
Half enchanted
In my Merlin sleep

I took myself a blue canoe

Quote of the Day: We Are Living in a Post-Christian America by Jason Isbell 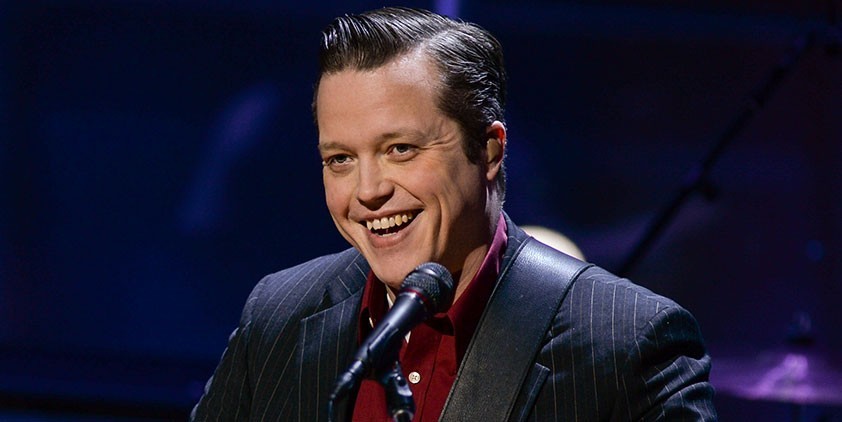 The Trump presidency has convinced me that we are living in a post-Christian America. I could see how a lot of conservative right-wing Christian Americans would vote for someone like Mitt Romney, who seems like a stand-up guy. But Trump is obviously not a good Christian person. I think the fact that so many people voted for him means that there aren’t that many good Christian people left in rural America. God is gone from those people. 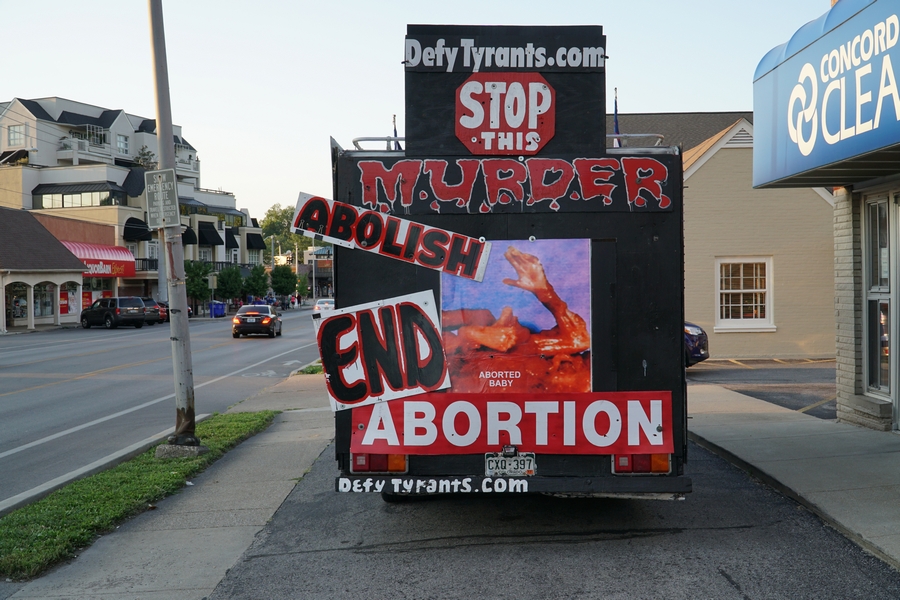 Recently, U.S. Magistrate Judge Susan Russ Walker struck down an Alabama law that “enabled judges to put minors seeking abortions through a trial-like proceeding in which the fetus could get a lawyer and prosecutors could object to the pregnant girl’s wishes.” (CBS News)

According to CBS News:

Alabama legislators in 2014 changed the state’s process for girls who can’t or won’t get their parents’ permission for an abortion to obtain permission from a court instead. The new law empowered the judge to appoint a guardian ad litem “for the interests of the unborn child” and invited the local district attorney to call witnesses and question the girl to determine whether she’s mature enough to decide.

U.S. Magistrate Judge Susan Russ Walker sided Friday with the American Civil Liberties Union of Alabama, writing that the law unconstitutionally and impermissibly imposes “an undue burden on a minor in Alabama who seeks an abortion through a judicial bypass,” and violates the girl’s privacy rights by enabling a prosecutor to call witnesses against her will.

Both the judge and the ACLU said they were aware of no other state with such a law.

Every state requiring parental consent for abortions involving minors must also have a “judicial bypass” procedure so that girls can get a judge’s approval in a way that is effective, confidential, and expeditious, the ACLU said.

The state had argued that the law was intended to allow a “meaningful” inquiry into the minor’s maturity and the process was still a “confidential, and expeditious option for a teenager who seeks an abortion without parental consent.”

The civil rights organization said it had the opposite effect, by enabling lawyers for the state or the fetus to subpoena the minor’s teacher, neighbor, relative or boyfriend to testify she’s too immature to choose an abortion, or that continuing the pregnancy would be in her best interest.

It is unclear how many such proceedings have happened since the law was enacted. Walker noted that a district attorney this summer opposed the abortion request of a 12-year-old girl who had been impregnated by a relative.

That Alabama legislators — most of whom worship the Evangelical Christian God — enacted such a draconian, anti-woman, anti-abortion law should surprise no one. Anti-abortionists will not rest until they have banned abortion, criminalized its practice, and granted personhood to human zygotes. In fact, most anti-abortionists object to abortion for any reason — including rape and incest. Some anti-abortionists even go so far as to oppose abortion even if the life of the mother is at stake, believing that God is the giver and taker of life, and if he wants the mother to live he will make it so.

Not only do anti-abortionists oppose abortion for any reason, an increasing number of them object to the sale and distribution of birth control, believing that God alone opens and closes the womb. These zealots, knowing that access to birth control reduces the need for abortion services, choose to let their peculiar interpretations of an ancient religious text trump what is best not only for women, but for the unwanted children they will bring into the world if they don’t have access to birth control.

This is why it is impossible for those of us who support a woman’s right to an abortion to find common ground with anti-abortionists. Theologically driven, anti-abortionists will accept no compromise. Supporting abortion rights is, in the anti-abortionist’s mind, akin to supporting murder. I find it hard to work with people who think that, because of my views on abortion, I am a murderer. Even my support of morning-after drugs is viewed as advocating murder. In the eyes of anti-abortionists, the moment sperm and egg unite in the wombs of women, the results are human beings that should have the same constitutional and legal protections as I have. Insane! you say. Yes, but make no mistake about it, if anti-abortionists have their way, aborting a fetus will be considered premeditated murder, worthy, ironically, of the death penalty. Currently, anti-abortionists, as they continue their incremental assault on Roe v. Wade, are attempting to pass state laws that require burials for aborted or miscarried fetuses. According to the Guttmacher Institute, anti-abortionists continue to make it harder and harder for women to receive abortions. Currently:

Here in Ohio, most abortions are banned after twenty weeks. As of April 2017, Ohio law requires:

Since 2011, Ohio governor John Kasich has signed into law more than a dozen anti-abortion laws, resulting in the closure of half of Ohio’s abortion clinics. Showing that they will not be satisfied until ALL abortion is outlawed, Ohio anti-abortionists are attempting to pass a fetal heartbeat bill which, if enacted, will effectively ban all abortions in Ohio. Late last year, Governor Kasich vetoed the latest heartbeat law, saying that it would not survive constitutional challenge. His veto brought the ire of anti-abortionists. Never mind that Kasich has done more to advance the anti-abortion cause that any governor, all that matters to anti-abortion zealots such as Janet Porter is that the governor refused to support their latest bill. This reveals, yet again, that it is impossible for pro-choice advocates to find common ground with anti-abortionists. Adopting a scorched earth policy where no quarter will be given, anti-abortionists despise anyone who dares to deviate from their extremist views. If Governor Kasich is now in league with Satan, those of us who support a woman’s right to choose have no hope of finding ways to meaningfully work with anti-abortionists to reduce the number of abortions. So, we go it alone, advocating for easy, free access to birth control and comprehensive sex education in the public schools. Realizing that there will always be unwanted/accidental pregnancies — for whatever reason — we believe that access to morning-after drugs is essential.

Dark is the hour for those of us who support a woman’s right to choose, but we must not give in or lose hope. We must continue to fight, pushing back at every turn, until the gains made by anti-abortionists are overturned — either through legislatures or the judicial system.

Other posts on abortion

25 Questions for Those who say Abortion is Murder

Is Abortion Murder? (A Rationalist’s Take) 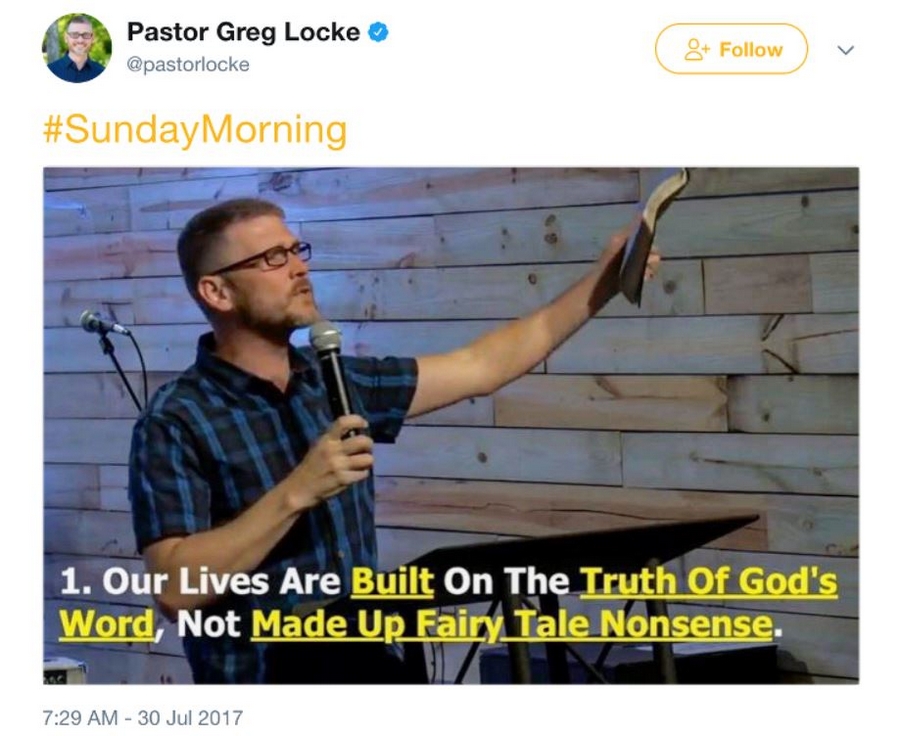 No commentary needed from me.