Bitcoin For The Church: The Young Won’t Be Fooled

According to Pew Research and other polls, the Catholic Church in the U.S. is losing six congregants for every person who joins. The Church is also hemorrhaging members in other countries, even in such former bastions of Catholicism as Ireland and Spain. Moreover, for every person who formally leaves the church, others simply drift away. While the Vatican doesn’t seem overly concerned, as membership has grown exponentially over recent decades in Sub-Saharan Africa and in other regions, Church leaders in the U.S. and Western Europe (which, a century ago, was home to two-thirds of the world’s Catholics) are deeply worried. Those leaders, clerical and lay alike, are trying all sorts of things to keep members, particularly the young, in the fold.

If generals are always fighting the last war, leaders of institutions are always trying to woo the young with equally outdated notions of what appeals to them. During my childhood and early adolescence, churches—including the one in which I was an altar boy—started to offer “folk masses.” They were, apparently, a piece of the Church’s attempt to “meet people where they are,” which included the shift from Latin to vernacular languages in the liturgy. I can’t help but wonder whether offering masses said in English that included songs by Peter Paul and Mary actually enticed any young people to stay in the flock, but I recall feeling condescended to with the choice of music. After all, most adults’ ideas about what kinds of music their kids like are off by at least five years, if not more. As an example, I think of the relative who gave me a Monkees album for my fourteenth birthday, in 1972. (OK, you can do the math. But I’m a lady and won’t tell you my age! 😉

At least that relative understood other, far more important, things about me. That is why, even after that misguided gift, I never felt patronized. That relative, in short, was sensitive and sensible.

The same cannot be said for a group of folks who are trying to bring the Catholic Church into the 21st Century. At least, that’s what they seem to think they are trying to do. Cathio consists of “a team of well-established experts and leaders with deep roots in the Catholic Church.” Founded last year, the “Catholic enterprise” has just launched a platform “designed to enable all sectors of the Catholic community to benefit from lower costs and transparent payments,” says Cathio CEO Matthew Marcolini. Cathio advisor Jim Nicholson, formerly an ambassador to the Holy See, explains that in addition to the benefits Marcolini mentions, the Cathio platform will also facilitate “the connectivity of people of good will with good works.”

In other words, this Cathio platform is a sort of Bitcoin for the Catholic Church, which supposedly will make it easier for people to give money and harder for the church to hide its financial dealings. Call me a cynic, but I have my doubts as to whether either of those goals will be accomplished. The Cathio platform will almost certainly make it easier to move large sums of money, but from whom and to whom?

At least Marcolini and Nicholson are, at worst, misinformed about the good intentions of the flock and its herders. Another Cathio board member, however, shows that he is, at best, delusional. Then again, he’s merely confirming some of us have known for a long time.

That Board member once ran for President of the United States and has served as a US Senator from a state in which all of its Roman Catholic dioceses are part of a class-action lawsuit from—who else?—priest sex-abuse survivors. Rick Santorum says that, in addition to making financial transactions more efficient, the Cathio platform also offers the Church the opportunity to better engage young people. “Millennials don’t carry cash, they date on apps and watch on-demand entertainment. We have to be there, we have to learn from successful tech companies, and we have to make it easier for younger generations to engage with the Church.”

Now, I don’t know he defines “young people” and “younger generations.” Does he think they are synonymous with “millennials, who are generally defined as those born between 1981 and 1999? Well, I admit, at my age, 38-year-olds seem young, but I still wouldn’t call them “young people” or part of “younger generations.” Also, while millennials might conduct their lives on their electronic devices, they are using them to do things people of their age have always done: date, make travel arrangements, buy concert tickets and the like. Technology doesn’t seem to bring them back to practices or institutions they might have left behind. And, if anything, the “younger generations”—at least those younger than the millennials—won’t be as enraptured by technologies as millennials because they will have grown up with them.

But where Santorum really misses the boat, so to speak, is in his perception of who isn’t going to church anymore and why. Perhaps earlier generations stopped attending masses or services because they’d rather sleep in or go mountain biking on Sunday morning, or simply because they found those masses or services boring or irrelevant. But today’s young, and even middle-aged and older people, are more likely to be fed up with the church. In part because so much information is available to them so readily on their devices, they are less likely to accept the authority of religious leaders or the validity (let alone inerrancy) of the Bible. Even more important, they are more likely to have friends, relatives or co-workers who are LGBTQ or of a different religion or cultural heritage from what they grew up with. And young men know women who are doing the same work as they are, and possibly doing it even better.

Oh, and they’ve heard all about the sex abuse scandals. Perhaps they were victims themselves and were fortunate enough to get help at a relatively young age and be spared a lifetime of shame, self-loathing, substance abuse and unfulfilled and unfulfilling relationships and jobs.

In brief, if the Church has any hope of re-engaging the “younger generations” Santorum and others want to woo, it has to get rid of the predatory priests and everyone who covered up for and enabled them, for starters. (Actually, it would help even more if those priests, deacons and others didn’t molest kids at all, but that might be asking for too much too soon.) Then, it has to finally start respecting women’s bodies and minds. That means, among other things, supporting birth control and contraception and not punishing women when they come forward as rape victims. Finally, for once and for all, it has to end any and all bigotry, whether against LGBTQ people or anyone else.

If the Church is willing and able to do those things, it just might stanch the outflow of young people. Best of all, for the Church, such actions don’t require technology and wouldn’t cost the church anything. But I don’t expect the church to adopt such ideas: Even if the American and European churches become relics like Stonehenge, the church still has the Global South—at least until its young get smartphones and make gay friends. 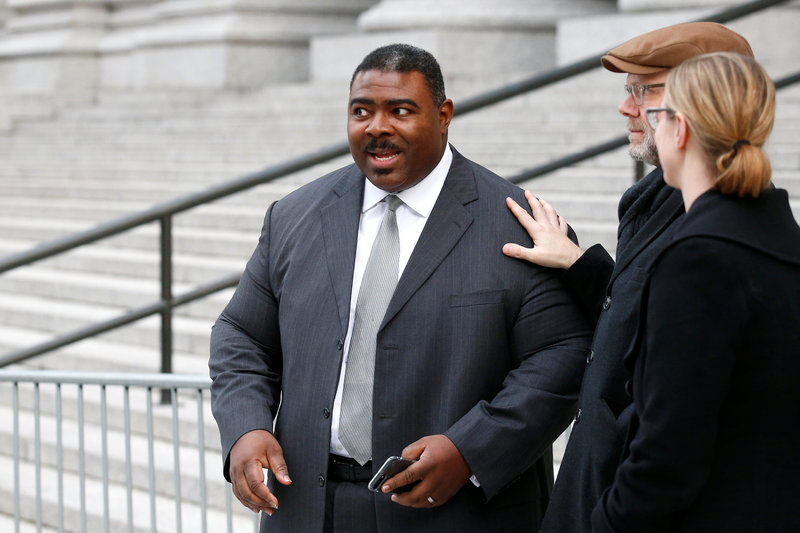 A New Jersey pastor and a Florida software engineer were convicted on Friday of scheming to help an illegal bitcoin exchange avoid having banks and regulators look into its activities.

The bitcoin exchange, Coin.mx, was linked to an investigation of a data breach at JPMorgan Chase & Co, revealed in 2014, that exposed more than 83 million accounts.

Pastor Trevon Gross, 47, and programer Yuri Lebedev, 39, were convicted of conspiracy and bribery charges by a jury in Manhattan federal court after a week of deliberations, according to a spokesman for federal prosecutors. Lebedev was also convicted of wire fraud and bank fraud.

Prosecutors charged that Lebedev helped arrange bribes to Gross, including $150,000 in donations to his church. In exchange, they say, Gross helped the operator of Coin.mx, Anthony Murgio, take over a small credit union Gross ran from his church.

Murgio used the credit union to evade scrutiny of banks wary of processing payments involving the virtual currency, prosecutors say. Lebedev was accused of working for Coin.mx through a front called “Collectables Club.”