Bruce, What was Your View on Homosexuality When You Were a Pastor? 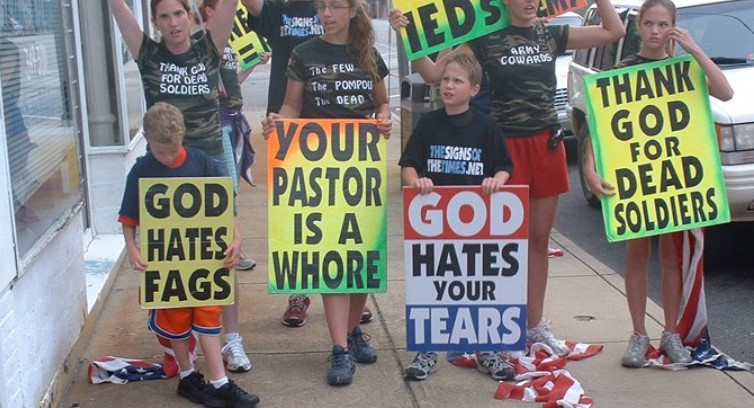 I came of age in the early 1970s — an era when LGBTQ people were savaged if they dared to step out of their closets. The Stonewall riots, June 28-29, 1969, outraged my parents and their fellow Fundamentalist Christians. How dare the queers/faggots/sodomites/dykes/homos/perverts show their faces in public. How dare they demand to be treated as humans. Don’t they know that the Bible condemns sodomy? Why it even says that God has given homosexuals over to reprobate minds. My pastors and other Independent Fundamentalist Baptist (IFB) preachers deeply influenced what I believed about LGBTQ people. Supposedly, all sins were the same, but their preaching betrayed the fact that they believed homosexuality was a sin above all others. I can’t tell you the times I heard preachers rail against homosexuality, calling for the arrest, incarceration and, in some cases, execution of such “sinners.” LGBTQ people were widely considered child molesters. the worst of the worst.

In 1976, I packed up my meager belongings and headed off to train for the ministry at Midwestern Baptist College in Pontiac, Michigan. Nothing I heard in my classes or from the chapel pulpit changed my view of homosexuals. I lived in the college dormitory. I was shocked to learn that one of my teachers — a single man who lived in the dorm — was a homosexual. Not only that, several students who had effeminate tendencies were his roommates. Why didn’t the college do anything about this? I wondered at the time. As I now look back on the two years I spent in Midwestern’s dorm, I have concluded that there were more than a few gay men and lesbian women. Deeply closeted, these devoted followers of Jesus suffered all sorts of indignities at the hands of heterosexual Jesus-lovers. I wish I could say that my hands are clean, but they are not.

In the early 1980s — as I was busy pastoring IFB churches — I heard that a high school acquaintance of mine had died of AIDS. I remembered the “rumors” about him. His employment and close friendship with his deeply closeted gay boss troubled me, but I thought, “John seems ‘normal’ to me. He’s not a faggot.” John, not his real name, was indeed gay, and sadly, he was one of the early casualties of the HIV/AIDS epidemic. This angered me, and along with several of my friends, we blamed his gay boss for his death. “He preyed on John and turned him to a queer,” we thought at the time.  I now know different. John was a gay man, not because of his boss, but because that’s who he was.

I entered the ministry a homophobe. I preached against homosexuality, labeling it as my pastors and professors had done: a heinous crime against human nature. My view of homosexuality was only reinforced by a pedophile homosexual man who started attending our church so he could prey on young boys. I was unaware of his predatory ways until a church member told me that the man was inviting church boys to spend the weekend with him out on his farm. I went nuts when I heard this, and in short order, I confronted the man and told him that I knew what he was and he was no longer welcome at our church. In retrospect, I should have called law enforcement. Instead, Pastor Bruce, the moral enforcer, took care of things.

In the late 1980s, I started a private, tuition-free school for the children of church members. Bruce, the moral enforcer, made sure that Biblical morality was taught to every student. It was bad enough that these children had to listen to my moralizing on Sundays, now they had to put up with it Monday through Friday too. Of course, I failed in my mission. Years later, I learned that some of the students were “fornicating.” I know, shock, right? Teenagers, with raging hormones, having sex! Here’s the kicker, out of fifteen students, today two of them are gay men and one woman is a lesbian. That means the twenty-percent of the study body was gay. WTF, Bruce, all that anti-homo preaching, and they STILL turned out gay! Since de-converting, I have had the privilege of reacquainting myself with several of these students. I apologized to them for what they heard me say about LGBTQ from the pulpit. My words were hurtful, yet they quietly suffered, knowing that the day was coming when they would escape the grip of Bruce, the moralizer. 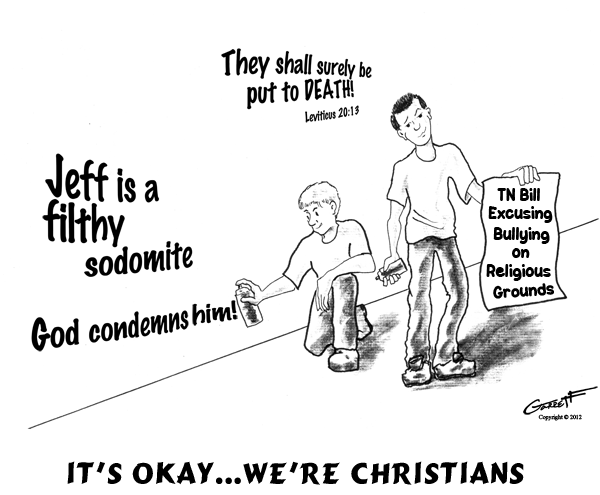 My view of LGBTQ people began to change in 1995. I was between pastorates, so I took a job with Charley’s Steakery as the general manager of their Zanesville, Ohio location. Located in Colony Square Mall, we offered mall employees free refills on their soft drinks. Several times a week, a gay man would come to the restaurant to get a free refill. The first time he handed me his cup, I panicked, thinking, I am going to get AIDS! For the first few times, after I refilled his cup, I would vigorously wash my hands after doing so. Had to wash off the cooties, I thought at the time. After a few weeks of this, I began being more comfortable around this man. He and I would chat about all sorts of things. I found out that he was quite “normal.” This, of course, messed with my view of the world.

While I am sure numerous LGBTQ people came through my life before I refilled this man’s drink cup, he was the first gay man I had really engaged in friendly, meaningful discussion. And it was at this point in my life that my view about homosexuality began to change. I didn’t stop being a homophobe overnight, but step by step over the next decade, I stumbled away from the homophobic rhetoric that had dominated my life for many years.

Today, I am loathed by local Evangelicals for my support of LGBTQ rights and same-sex marriage. I am sure former congregants hear of my pro-gay views and they wonder what happened to hellfire and brimstone homophobe Pastor Bruce? All I can say is that a chance meeting at a fountain machine in a fast food restaurant between Bruce, the moralizer, and a gay man changed my life forever. And isn’t that how most moralizers become more temperate? When you personally know a gay person, it’s hard to condemn him to the fires of Hell. It’s easy to preach against homosexuality when everyone — as far as you know, anyway — is heterosexual. It’s when you have some skin in the game, when you actually know an LGBTQ person, that things change. Exposure to people different from you and cultures different from yours remains the best cure Fundamentalist Christianity.

How about you? Are you a former homophobe? What caused you to change your mind? Please share your thoughts in the comment section.

The Voices of Atheism: Stephen Fry Takes on The Catholic Church 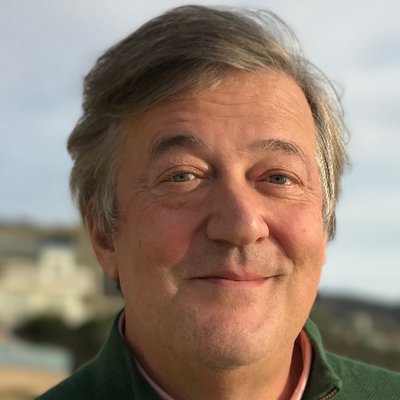 This is the third installment in The Voices of Atheism series. This is a series that I would like readers to help me with. Know of a good video that espouses atheism/agnosticism or challenges the claims of the Abrahamic religions? Please email me the name of the video or a link to it. I believe his series will be an excellent addition to The Life and Times of Bruce Gerencser.