Quote of the Day: Is New Atheism Dead? By Steven Pinker 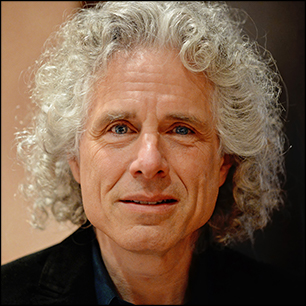 The entire concept of a “New Atheism movement” comes from defensive defenders of religion. I think of it not as a movement but as the overdue examination of an idea: Does a supernatural deity exist, and should our morality and politics be shaped by the belief that it does? For various reasons—the intrusion of theo-conservatism during the presidency of George W. Bush, the rise of militant Islam, an awareness of the psychological origins of supernatural beliefs, sheer coincidence—a quartet of books appeared within a span of two years, and pattern-spotters invented a “New Atheist Movement.” (I would not downplay coincidence as the explanation—random stochastic processes generate clusters of events by default.) Judged by degree of belief, the “new atheism” is not only not dead but it is winning: every survey has shown that religious belief is in steep decline, all over the world, and the drop off is particularly precipitous across the generations, as compared to just drifting with the zeitgeist or changing over the life cycle. This is reflected in laws and customs—homosexuality is being decriminalized in country after country, for example. These trends are masked in the public sphere by two forces pushing in the opposite direction: religious people have more babies, and religious communities turn out in elections and vote in lockstep for the more conservative candidate. If the “new atheist” message of Christopher Hitchens et al. was “Atheists should have more babies,” or “Atheists should form congregations and vote en masse for the same candidate,” then yes, it was an abject failure. But if it is “The evidence for a supernatural being is dubious, and the moral norms of legacy religions are often pernicious,” then it is carrying the day, or at least riding a global wave.