On the Road Looking For God’s True Church

As Polly and I travel the roads of Northwest Ohio, Southern Michigan, and Southeast Indiana, we are always on the lookout for God’s True Church®.  Recently, our travels took beyond our home range to Zanesville, Ohio. From 1983-1994, I pastored an Independent Fundamentalist Baptist (IFB) church west of Zanesville. During my time there, we had a youth fellowship that gathered together area IFB teenagers for special meetings and events. One such church was Landmark Baptist Church in Zanesville, Ohio.

Landmark closed its doors years ago due to internal conflict. The details are, sadly, lost somewhere in the recesses of my mind. What is not lost is that a new church — perhaps God’s True Church® — has taken up residence in Landmark’s former building.  Hopefully,  the sweet, sweet irony of the following photos is not lost on readers.  The new church is called The Foxhole. 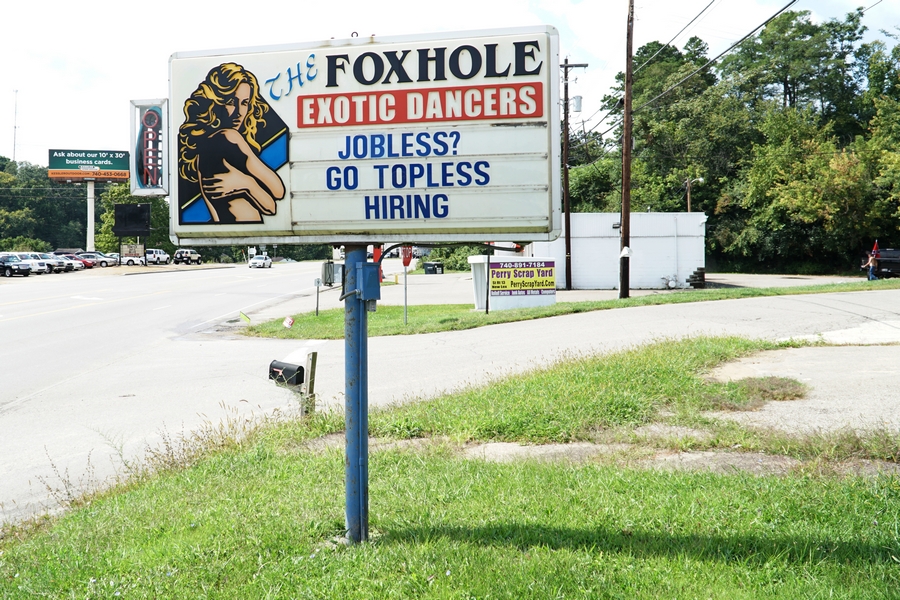 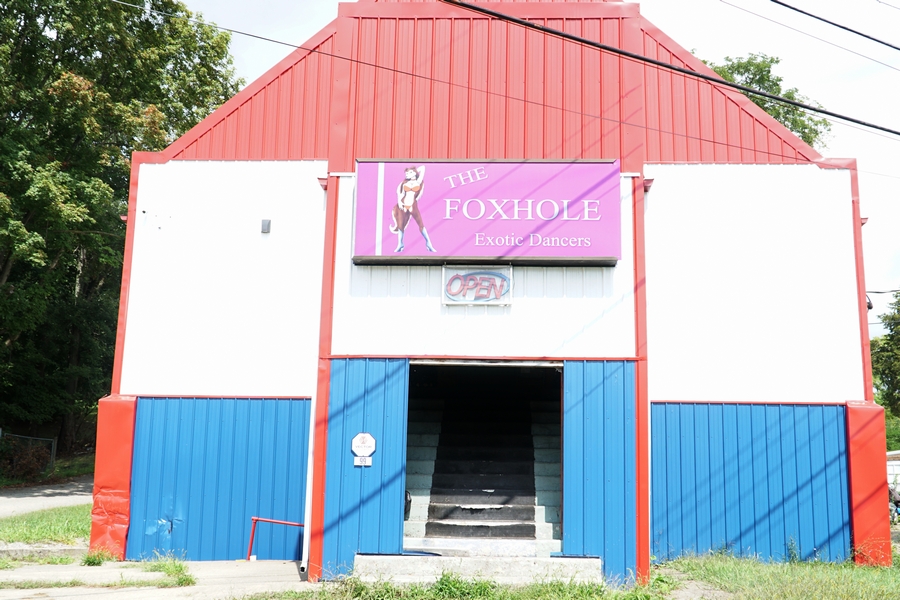 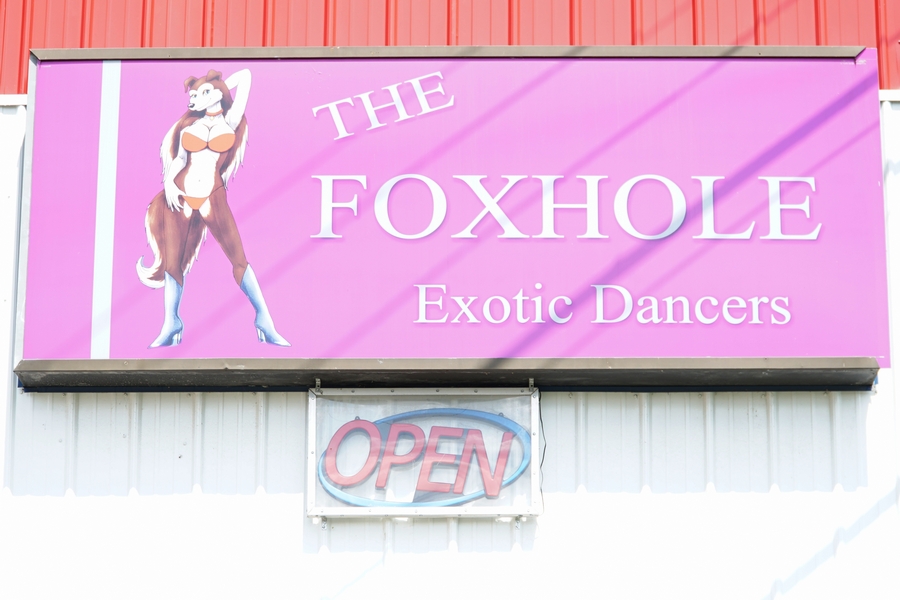 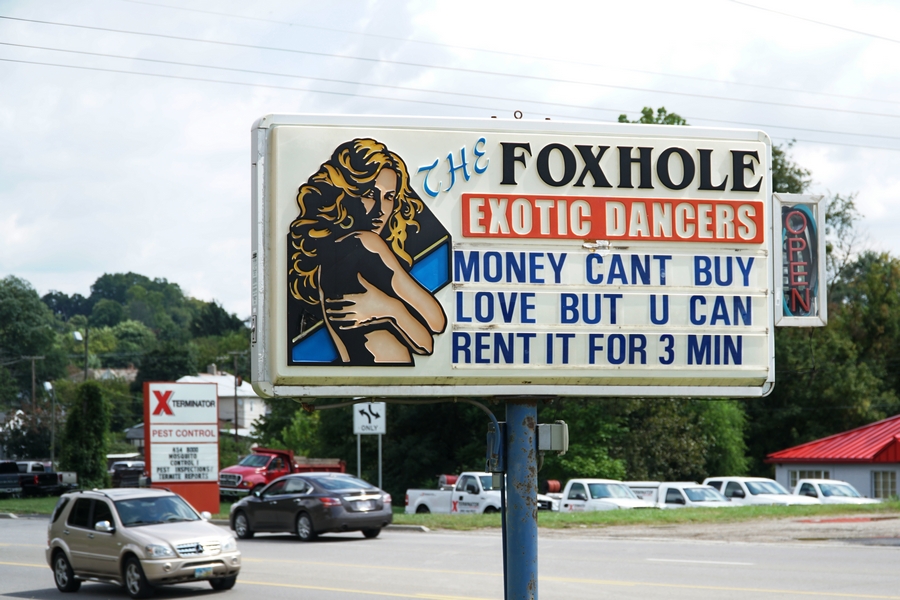 The Foxhole in Warsaw, Ohio was in the news several years ago for picketing New Beginnings Ministries in response to the church’s picketing (and harassment) of the strip club. The women picketing the church decided to go topless, causing quite a stir at Bill Dunfee’s Fundamentalist church. Channel 10 reported at the time:

A rural Ohio church was the site of an eye-popping protest Sunday.

The Coshocton County church has been picketing a Warsaw strip club for years. On Sunday, employees of the club took the fight to the church, and took off their tops in the process.

The sign outside New Beginnings Ministries in Warsaw welcomes all, but this Sunday’s service had some decidedly unwelcome visitors: women bearing picket signs, and baring their bodies for all to see.

Thomas George said he is the man behind the protest.

“I have to point out the hypocrisy that I see,” he said.

George said he is the owner of a strip club called the Foxhole North.

He said New Beginnings has worked to bring his club to an end for years.

“They come up every weekend, and they’re very abusive and certainly unchristian-like.  Calling the girls (expletive) and (expletive).  They’re abusive to the customers. They sit out with video cameras, they take pictures of license plates, tell them they’re posting them to the web,” said George.

New Beginnings Pastor Bill Dunfee made no secret of his intentions on Sunday.

“I hope he will realize that the Foxhole has no business in this community,” Dunfee said.

Dunfee also said he makes no apologies for his crusade against the club.

“I take very seriously the responsibility as a pastor to see to it that the gospel of Christ is lifted up, that Christ himself is lifted up, and that evil is confronted,” Dunfee said.

George admitted that Sunday’s topless protest is an extreme measure, but said it’s far from evil.

Church members confronted the protestors outside of the tarps hung to protect their eyes.

“Love is the answer, and you don’t have it baby. God is love!” shouted one of the protestors.

George said he and his topless troops will retreat when New Beginnings finds a new target.

George said he and his protestors plan to be back at the church next Sunday, and into the foreseeable future.

Ohio law does not prohibit women from being topless in public.