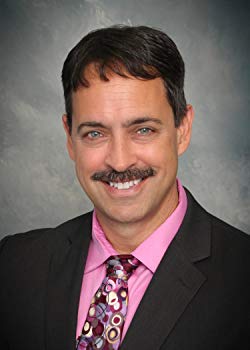 In George Orwell’s book “1984,” the government could make people become “unpersons.” An unperson was not only eliminated, all traces that they had ever existed were utterly erased. And while I am certainly not hoping for such a dystopian society, that one particular part of it could be used very effectively as a deterrent to mass shooters.

Their birth certificates should all be destroyed, as well as their death certificates. If they are alive and arrested, they should be placed on death row and executed on an undisclosed day no more than one year from the time of the shooting. During that year, they should be placed in complete solitary confinement, no outside visitors whatsoever and no contact with or information from the outside world at all. During that last year, all of the prison staff should refer to them only by their Unperson Number.

Facial recognition technology, and whatever other algorithms or actual people are needed, should constantly scrub the internet of any traces of their existence. When they are buried, it should be in an undisclosed location in an unmarked grave.

Would this possibly be hard on the family? Of course. But that very fact as well should serve as a deterrent. And the lives of potential victims must be placed above the hurt of the murderer’s family, as hard as that is. As a side note, I would recommend a constitutional amendment that this can never be used against anyone but mass murderers, thus allaying fears that it could eventually be used against Christians, political foes, etc. [I’m far more worried about what the Bo Wagners of the world might do to those they disagree with than I am mass murderers. What’s next? Using Bo’s “unperson” law to execute and “unperson” abortion doctors?]

Wagner is the pastor of Cornerstone Baptist Church in Shelby, North Carolina.

What if Right Wingers Win the Same-Sex Marriage Battle? 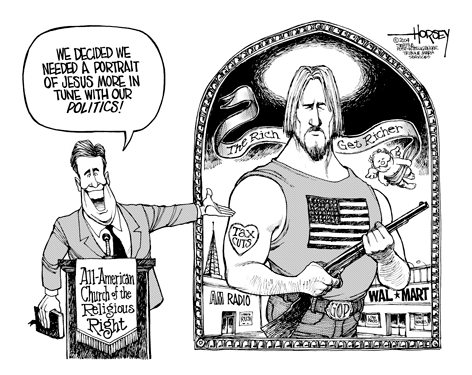 Evangelical, Mormon, and Catholic leaders and parachurch groups are in full-blown panic mode as the day the U.S. Supreme Court hears arguments on same-sex marriage draws near. They rightly understand that if the Court rules in favor of same-sex marriage the culture war at the federal level is over. While there might be state and local battles to be won, on the federal level, the war is over.

Once gays are afforded the same civil rights and constitutional protections as the rest of us, Evangelicals will likely begin telling the faithful that we now live in a post-Christian world. Evangelicals, along with their fellow culture warriors in Catholicism and Mormonism, have lost their favored seat at the cultural table. No longer will appeals to God, the Christian Bible, the Law of God, etc. work. This is lost on those who are running for the 2016 Republican presidential nomination. From Ted Cruz to John Kasich to Rick Perry to Marco Rubio to well, whoever else is in the clown car, they seem oblivious to the fact that it is not 1950. Waving the U.S. flag and shouting I LOVE JESUS will not garner enough votes to put a Republican in the White House. The same white crackers, Tea Party lunatics, Patriots, and fundamentalist Christians will vote for the Republican nominee, but their ranks are literally dying, unable to attract young adults. Not only are they dying, but they remain a bastion of bigotry and racism. As the United States becomes browner,  the Republican party becomes less relevant. In time, there either will be a huge party split, with the rednecks and the Christian nation crowd starting there own party, or the current Republican Party will be forced to banish the wing nuts and broaden their tent.

Winning the same-sex battle at the federal level would be a big boon to the Republican Party. It will also embolden culture warriors, a reminder to them that God is still on their side. While it will certainly be a huge blow to liberals and supporters of same-sex marriage like myself if we lose, we will live on to fight another day. We know that we are in a generational battle for the future of the United States. Unlike the culture warrior with their five item menu, the liberal knows war must be waged on many fronts. Same-sex marriage is just one of those fronts. We must also work to:

For these reasons, and many others, I rarely can find common ground to work with Republicans. Their Party is overrun by nuts, cranks, corporate CEO’s, lobbyists and conspiracy theorists. While sane voices can be found on the left fringe of the Republican Party, their numbers are few and they seem unable to make their voice heard. When Mitt Romney, John McCain, and Jon Huntsman are your party’s voice of reason, you have a big problem on your hands. While I am willing to compromise and work towards a common good, I find it impossible to work with people who think that every social and political change is a threat to America, Christianity, and the American way of life. When the discussions starts with abortion is murder or America is nation chosen by God, it’s hard to find common ground. Truth is, I’d probably find more common ground in an insane asylum than I would some corners of the Republican Party.

The issues I have mentioned in this post provide readers with a glimpse into my politics and how I view the world. The aforementioned positions are not a complete list, but it does show readers the issues that I think are most important.

This post should not be taken as an endorsement of the Democratic Party. I am increasingly unhappy with Party and President Obama. Some days, I think both political parties are the same, especially when it comes to how corporations and money influence their decisions.