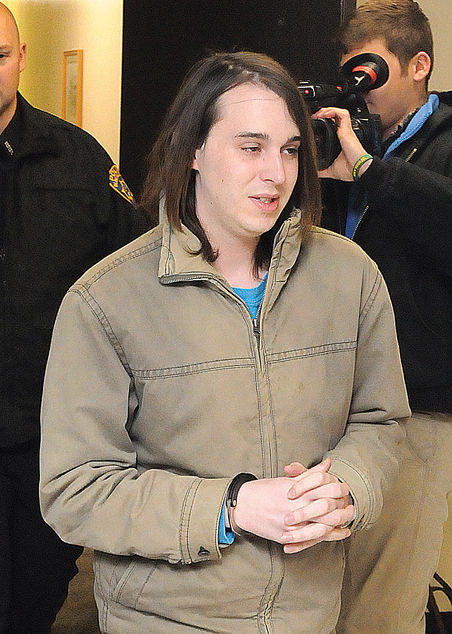 A transgender Bluefield man who worked in youth ministry at local Episcopal churches was arrested Tuesday and charged with multiple counts of sexual abuse of a juvenile.

Adams said the victim in the case is a juvenile female. He said the abuse began in 2009 when the victim was 9 to 10 years old, and continued until she was 16.

The alleged abuse in the case took place at a home, and not a church, Adams said.

“Mr. Lilly, by his own admission, is transgender,” Adams said. “He is in the process of becoming a woman.”

Adams said Lilly has a degree in religion from a Virginia college and has worked at numerous churches. Locally, he worked at Episcopal churches in both Bluefields.

Lilly is also in the process of getting a teaching degree at Bluefield State College, Adams said.

In August 2016, Lilly pleaded guilty to three counts of sexual abuse in the first degree. The Bluefield Daily Telegraph reported:

Circuit Court Judge Derek Swope accepted a plea agreement in the case, which dropped 28 counts of sexual abuse in the first degree as well as charges of sexual assault third degree and incest.

Each count brings one to five years in prison, but with the plea, Swope said two counts are “probated” (no prison time) and the third count carries the possible one to five years at the discretion of the judge.

Swope also said the plea agreement includes a mandatory lifetime registry as a sex offender as well as 10 to 50 years of enhanced supervision.

Assistant Prosecutor John McGinnis told Swope that the plea agreement was reviewed by the victim as well as the victim’s guardian ad litem, Cathy Wallace, and both agreed to it.

Lilly’s sentencing hearing was delayed so a diagnostic evaluation could be completed. Yet to be determined is Lilly’s classification as a prison inmate. The Bluefield Daily Telegraph reports:

A diagnostic evaluation was completed recently for a former youth pastor and admitted transgender sex offender who is facing a prison term after pleading guilty last year to sexual abuse first degree.

James Lilly, 25, of Bluefield pleaded guilty in August 2016 in Mercer County Circuit Court to three counts of sexual abuse in the first degree. Raleigh County Judge John A. Hutchinson, who was assigned to the case after Mercer County Judge Derek Swope recused himself, delayed Lilly’s sentencing on Dec. 21, 2016 and remanded him to the state Department of Corrections so a diagnostic study could be completed with regard to how he would be classified as an inmate.

During the December 2016 hearing, Hutchinson spoke of Lilly’s pre-sentencing report and emphasized that gender disorientation is a recognized condition, saying that he psychologically identifies with being a female.

In mid-April, Hutchinson informed the court that he had received the report resulting from the diagnostic interview, and sentencing was scheduled for a later date. In his order, Hutchinson instructed the Department of Corrections (DOC) to send a representative to Lilly’s sentencing hearing to inform the court about the policies, procedures and protections at DOC facilities “in the event the court determines a sentence in the penitentiary is appropriate for this defendant.”

A transgender man who pleaded guilty to three charges of first-degree sexual abuse is now serving his sentence in a northern West Virginia prison, officials with the state Division of Corrections said Friday.

James Lilly, 26, formerly of Bluefield, is currently an inmate at Northern Regional Correctional Facility in Moundsville, according to the state Division of Corrections Inmate Search website. Prison officials confirmed Friday that he was among the facility’s inmates.

The victim, a female juvenile, came forward after learning that Lilly was pursuing a teaching career and student teaching at a school. The principal at Bluefield Intermediate School said later that Lilly was a student observer in 2015, but had little interaction with the students. Bluefield Detective K.L. Adams said after Lilly’s arrest that the abuse began in 2009.

In May, Special Judge John A. Hutchison of Raleigh County sentenced Lilly to a pair of one- to five-year sentences that will run concurrently. These sentences are running consecutively with the third charge of first-degree sexual abuse. This gives Lilly a sentence of two to 10 years in prison. He will be subject to lifetime registration as a sex offender after he is released, and he will be under 30 years of supervision.