The Sounds of Fundamentalism: Catholic Woman Eats Puke Instead of Leaving Jesus in a Plastic Bag 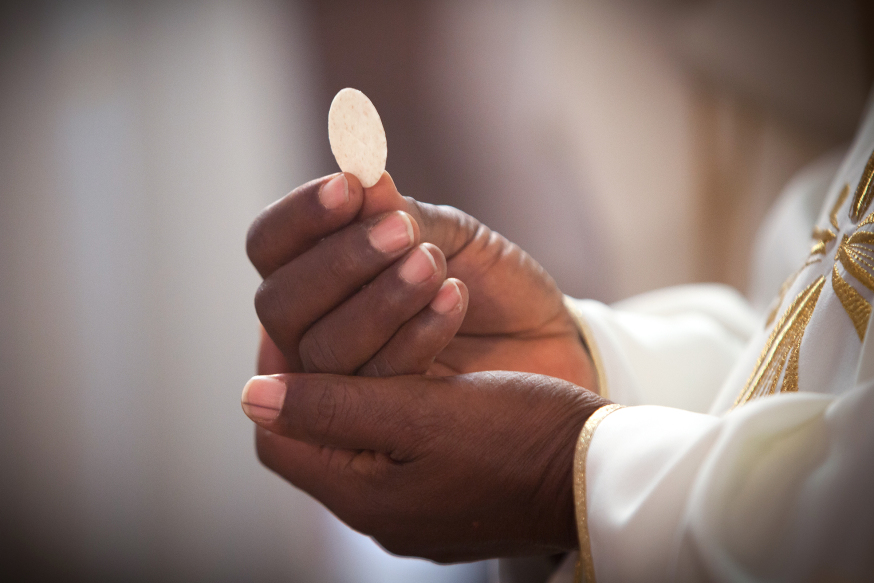 This is the one hundred and eightieth installment in The Sounds of Fundamentalism series. This is a series that I would like readers to help me with. If you know of a video clip that shows the crazy, cantankerous, or contradictory side of Evangelical Christianity, please send me an email with the name or link to the video. Please do not leave suggestions in the comment section.  Let’s have some fun!

Today’s Sound of Fundamentalism features a video clip from the Catholic program Take 2 with Jerry & Debbie. A woman by the name of Mary called in to tell a story about giving a hospitalized woman a communion wafer. The woman ate the wafer and immediately puked it up. The sick woman evidently received spoiled meat — remember the wafer is literally the flesh of Jesus. What did Mary do? She gathered up the puke-covered Jesus and put him in a bag. Faced with an existential crisis of leaving Jesus in a plastic bag, Mary decided to the eat the puke-covered Lord of Lords and King of Kings.

Lesson of the day? Sincere religious beliefs will make some people do bat-shit crazy stuff.