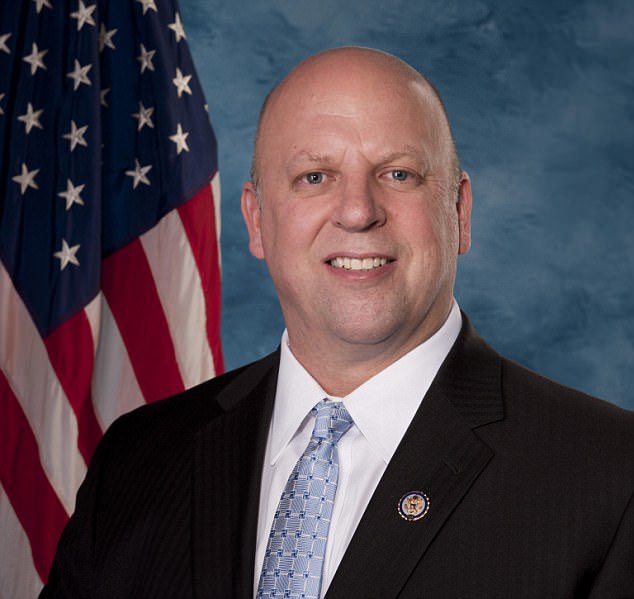 Scott DesJarlais, Republican Representative from Tennessee, was given a second term in office even after voters learned the divorced physician had sex with his patients while still married to his wife and encouraged them to have abortions. Here’s what comedian and political commentator Bill Maher had to say about Des Jarlais:

DesJarlais, who happens to be one-hundred-percent anti-abortion and is endorsed by the National Right to Life, says that God has forgiven him for his past misdeeds — I made a very poor decision in my first marriage. I know God’s forgiven me. DesJarlais is quoted as saying, All life should be cherished and protected. Evidently, this doesn’t include the fetuses of the mistresses he impregnated.

According to the Daily Mail:

Republican Congressman Scott DesJarlais has largely managed to avoid scrutiny of his sexual conduct, although they conflict with his family-values platform. DesJarlais, 53, said he supported his first wife Susan Lohr’s decision to have two abortions while they were together. Before becoming a politician and while he was a doctor in Tennessee, still married to Susan, the Christian man admitted to sleeping with two patients. He said he prescribed the now-banned painkiller Darvocet to one of the women. The father took her to Las Vegas and bought her an $875 watch. When the second patient he was sleeping with, who was 24 at the time, thought she was pregnant, DesJarlais offered to take her to Atlanta to have an abortion. The politician said he slept with six women, including three co-workers and a drug company representative, during his three-year marriage to Susan. But now, the remarried DesJarlais proclaims that he is ‘pro-life and proud of it’, and that ‘God has forgiven me.’

We can safely say that many of the Christian Congressional Republicans are Grade A hypocrites who use their faith as little more than window dressing for their election campaigns. Of course, it is Evangelical church members and conservative Catholics who continue to elect them to office, all the while demanding that non-Christians obey the morality code found in the Bible: no sex before marriage, only sex with a spouse after marriage, LGBTQ people are an abomination to God, and same-sex marriage is an abominable violation of God’s divine order for the family. Never mind the fact that more than a few of these sanctimonious politicians ignore the Bible, committing the very “sins” they deplore in others. If Evangelical support of disgraced politician Roy Moore and serial adulterer Donald Trump told us anything, it told us that Evangelicals no longer believe what the Bible teaches about sex. They are far more concerned with political power and maintaining their sticky-handed hold on American society.

DesJarlais is up for election in 2018. He beat his Democratic opponent in 2016 by thirty points. It will be interesting to see if DesJarlais’ whoremongering past keeps him from getting elected. So far, it has been smooth sailing for Representative DesJarlais. Perhaps his past indiscretions will come forward and tell their stories. If so, we will see if Christian Tennesseans put Jesus and the Bible first, and not continued political power. My money is on DesJarlais getting reelected.

Strangely, DesJarlais and his wife are members of Epiphany Episcopal Church in Sherwood, Tennessee. Episcopal churches are known for their liberal beliefs and progressive social values. Either Epiphany Episcopal is an anomaly or the DesJarlais are ducks out of water. Or, perhaps the Episcopalians, too, are enthralled with political power, of having a congressman and his family as members.

I would love to hear a rational, dare I say Biblical, explanation for the continued support of men such as Moore, Trump, and DesJarlais. Back in my preaching days I was a hardcore right-wing Christian. But, I would never have supported a man such as DesJarlais. I would have either not voted or I would have wrote in the name of someone I could support. What seems clear to everyone with eyes to see, is that Evangelicals have traded God’s heavenly kingdom for an earthly one. In doing so, they have lost their voice of authority. Evangelicals gave us Donald Trump, and historians decades from now will write about this era being time when Evangelicalism sold their soul to the company store.