Christians Say the Darnedest Things: What God Thinks of Sodomites by Ivan Foster 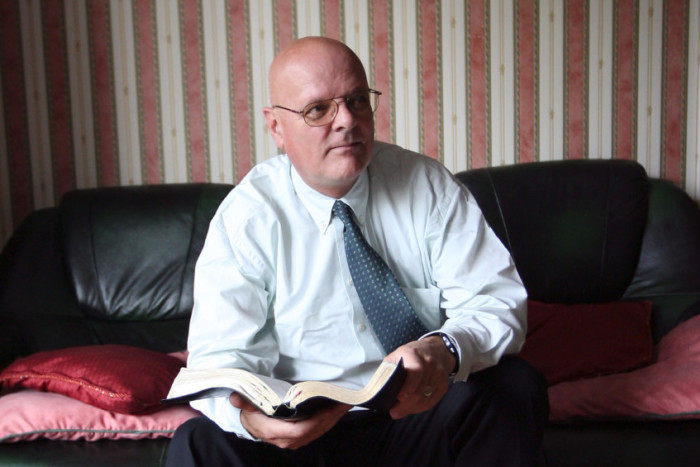 It is very common for sodomites and their supporters to make the most offensive and fallacious claims regarding God’s view of sodomy. It is in keeping with the character of this dreadful wickedness that the community associated with it does not fear to claim God’s endorsement of their vile lifestyle. Nothing can be more provocative in the eyes of God than this blatant misrepresentation of Him and His Holy Word. Mrs Elaine Somers claims that, in her view, she can say of her older sodomite son, “God made him, he is God’s son”. She went further and said: “I, too, could take verses from the Old Testament regarding homosexuality, but the Jesus I know, and my mother knew, teaches me that they are precious in his sight and you cannot take that from me.” She went on to say of Mr Wells: “You do not know the true meaning of Christian love. I hope someday you will.” She is quite wrong in a number of important matters.

Men and women whose lives are dominated and controlled by sin, as the sodomites most definitely are, cannot claim that they are children of God! The Christian is someone in whom God is working out His purpose as it stated by Paul the apostle. “Now the God of peace, that brought again from the dead our Lord Jesus, that great shepherd of the sheep, through the blood of the everlasting covenant, make you perfect in every good work to do his will, working in you that which is well-pleasing in his sight, through Jesus Christ; to whom be glory for ever and ever. Amen,” Hebrews 13:20-21. The sodomite lives in complete defiance of God’s stated will. In utter contravention of His holy law. There is a total absence of that “working in you that which is well-pleasing in his sight” in the unrepentant sodomite. This poor woman is utterly deceived regarded her sons’ eternal state. Tragically, her error is endorsed and supported by the leaders of the mainline churches worldwide! What a dreadful day of retribution awaits both the deceivers and their victims, the deceived.

You can read the letter that sparked Foster’s ire here. Foster is a retired British Fundamentalist Presbyterian minister.