The Sounds of Fundamentalism: Backmasking in Stairway to Heaven by Paul Crouch, Jr. 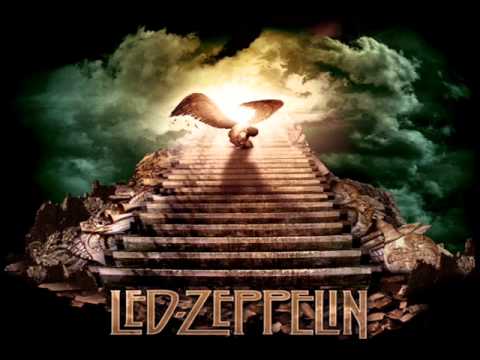 This is the ninety-ninth installment in The Sounds of Fundamentalism series. This is a series that I would like readers to help me with. If you know of a video clip that shows the crazy, cantankerous, or contradictory side of Evangelical Christianity, please send me an email with the name or link to the video. Please do not leave suggestions in the comment section.  Let’s have some fun!

Today’s Sound of Fundamentalism is a video clip of Paul Crouch, Jr, explaining to his parents the backmasking supposedly found in Led Zeppelin’s classic rock song, Stairway to Heaven.

In a January 1982 television program on the Trinity Broadcasting Network hosted by Paul Crouch, it was claimed that hidden messages were contained in many popular rock songs through a technique called backmasking. One example of such hidden messages that was prominently cited was in “Stairway to Heaven”. The alleged message, which occurs during the middle section of the song (“If there’s a bustle in your hedgerow, don’t be alarmed now…”) when played backward, was purported to contain the Satanic references “Here’s to my sweet Satan” and “I sing because I live with Satan.”

Following the claims made in the television program, California assemblyman Phil Wyman proposed a state law that would require warning labels on records containing backward masking. In April 1982, the Consumer Protection and Toxic Materials Committee of the California State Assembly held a hearing on backward masking in popular music, during which “Stairway to Heaven” was played backward. During the hearing, William Yarroll, a self-described “neuroscientific researcher”, claimed that backward messages could be deciphered by the human brain.

The band itself has for the most part ignored such claims. In response to the allegations, Swan Song Records issued the statement: “Our turntables only play in one direction — forwards.” Led Zeppelin audio engineer Eddie Kramer called the allegations “totally and utterly ridiculous. Why would they want to spend so much studio time doing something so dumb?” Robert Plant expressed frustration with the accusations in a 1983 interview in Musician magazine: “To me it’s very sad, because ‘Stairway to Heaven’ was written with every best intention, and as far as reversing tapes and putting messages on the end, that’s not my idea of making music.”