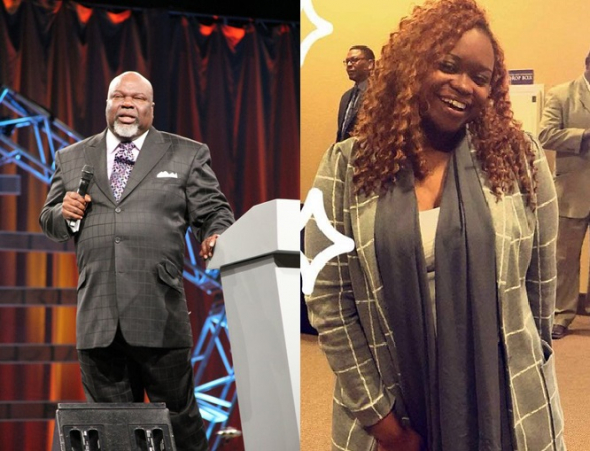 Last Sunday, Audrey Stevenson, a volunteer at The Potter’s House in Fort Worth, Texas, was physically assaulted by a church security officer. While no criminal charges have been filed, the officer in question could face charges at a later date. Please listen to the video at the bottom of this post. It allows people to see what happens behind the scenes at many megachurches. Personally, I found the video disturbing.

Bishop T.D. Jakes, senior pastor of The Potter’s House megachurch in Dallas, Texas, offered an apology Tuesday to a 22-year-old former female volunteer who was physically assaulted and held against her will at the church’s Fort Worth campus on Sunday.

The assault was captured on video, which has gone viral with over 3 million views. It stemmed from a dispute about whether the volunteer, Audrey Stevenson, was allowed to be on the Forth Worth church stage.

Stevenson had a verbal confrontation with church elder and administrator Rhonda Lewis, who indicated that the volunteer was not authorized to “do anything on the stage” and that she had been removed from service.

A viral partial recording of the dispute made by Stevenson published on Facebook, shows her being blocked by church safety officer Brandon Amie when she tried to leave an office at the church after a discussion between her and Lewis had escalated into a shouting match. She was then handcuffed and restrained as she begged Amie to let her leave.

At one point, she indicated that Amie had his knee in her back as she continued begging him to let her go. Amie explained in the video that he was trying to “explain something” to her about how the church systems work.

In his statement Tuesday, Jakes concluded that despite the nature of the dispute, he was disappointed by the treatment meted out to Stevenson.

“While many of the extenuating circumstances are not shown in the video that was published March 25, 2018, this still does not justify the lack of professionalism exhibited by the safety officer we require and expect from all of our employees. Emotions quickly escalated and a complete breakdown of communication occurred resulting in what played out on video,” Jakes said. “I’m extremely disappointed and apologize for how Ms. Stevenson was treated and the ill-conduct she received. Privately, we will be reaching out to Ms. Stevenson to offer her the apology she rightly deserves.”

He also explained that even though Amie’s prior work with the church had been “positive,” his future employment is now in limbo.

“The safety officer in question’s tenure with us has been a positive one, this unfortunate incident however has endangered his continuance with our ministry pending the outcome of a comprehensive review which is consistent with our protocols,” Jakes said.

The Sounds of Fundamentalism: Singing Hymns Like Breaking Woman’s Hymen by TD Jakes 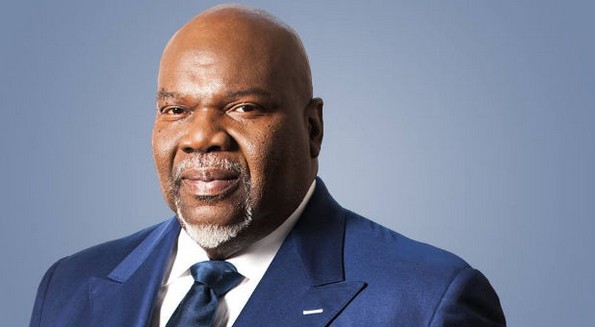 This is the thirty-fourth installment in The Sounds of Fundamentalism series. This is a series that I would like readers to help me with. If you know of a video clip that shows the crazy, cantankerous, or contradictory side of Evangelical Christianity, please send me an email with the name or link to the video. Please do not leave suggestions in the comment section.  Let’s have some fun!

Today’s Sound of Fundamentalism is a clip from a sermon preached by TD Jakes, pastor of The Potter’s House in Dallas, Texas.